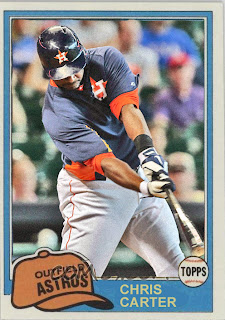 When going over awful teams like the Astros, you have to put into account that not everyone on that team was failing miserably. I mean, there were a lot of people who were, but people like Chris Carter, who actually hit a decent amount of home runs this year in his first year as an Astro, actually made some productive work in 2013. Hopefully Carter will have an ever better 2014 before the Astros realize how good he is and promptly trade him away. 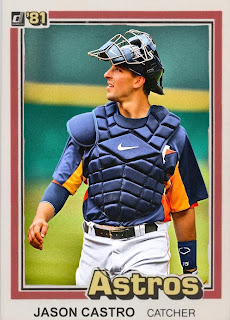 Jason Castro was not, as previously thought, a 4th place finisher from American Idol. He is, instead, the sole representative from the Astros from this year's All Star game? Did he get any playing time? Obviously not, considering Topps never printed a card of him as an All Star.

Tomorrow, a far better team, the Oakland Athletics.
Posted by Jordan at 9:08 PM