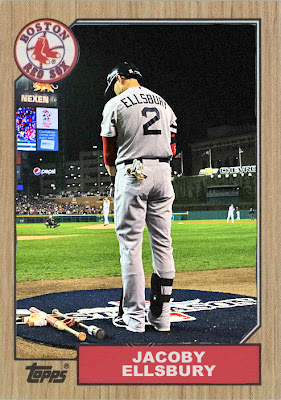 A lot of you are going to be asking me how I feel about this. The correct answer is that I do not f--king know.

You see, I sort of thought that Jacoby Ellisbury would be playing for someplace cute like Seattle next year. I thought that he'd sign with somebody that would take him out of the huge, iron spotlight, and maybe he could delve into being a star player on another team.

Evidently Brian Cashman thought this would be an awful idea, and roped him into coming to New York for seven years, drowning out any hope we had of signing Robinson Cano, and adding another 30-year-old to the roster.

I mean, I'm being harsh. He is indeed Jacoby Ellsbury, and he can give you a good 35 homers per year, and some nice outfield work. He's a great player, and he could be exactly what we need if we're not getting Granderson back. But, it might not work, and he might not give the numbers as well has he did when he was with Boston. And dammit, we have enough of that.

Look, signing people like McCann and Ellsbury is fine, but it destroys the possibilities of re-signing good people like Cano and Granderson, and it buries any chance of getting any young players, unless we decide to get some young second baseman from somewhere (YOUNG, CASHMAN. CHASE UTLEY IS NOT YOUNG. NEITHER IS ADRIAN BELTRE OR BRANDON PHILLIPS)

This whole thing's just a fustercluck, but dammit, it better amount to a better team in 2014. Ellsbury needs to prove my woes wrong. Please.
Posted by Jordan at 12:24 AM

Labels: in which Jordan does not know what to think, Jacoby Ellsbury, Red Sox, Yankees