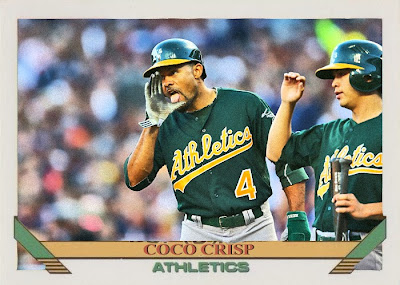 Once again, the A's had a huge run towards the end of the season, and surprised a lot of people by getting to the playoffs. Sure, they were booted in the first round by the Tigers (sadly), but they still were one of the more fun teams of the season. Just look at Coco Crisp. Doesn't he look like he's having fun? It's awesome. 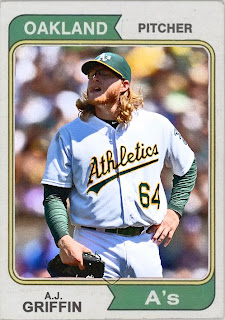 A.J. Griffin was one of their better threats on the mound for the better part of the season, yet with that hair, he finished second to Josh Reddick for the team's 'most outrageous hair' award, I can imagine. I mean, that look is awesome, but Reddick looked like a castmember from Duck Dynasty. 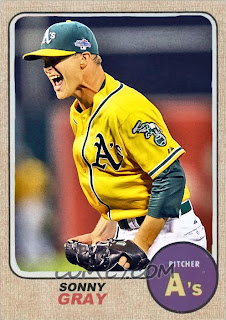 Sonny Gray was one of the Athletics' postseason stars, having a very nice debut, and becoming a proud member of the rotation only a few games in. Sadly, his second postseason appearance wasn't nearly as good as his first, and probably cost his team a playoff advancement. But still, there's no doubt he'll be back, bigger than ever, next year. 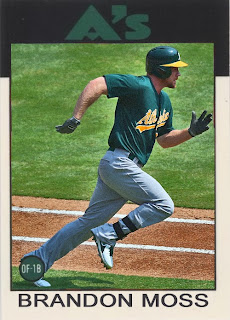 This was Brandon Moss' breakout year as an Oakland A, having a nice amount of playing time and becoming a fan favorite in a city with players like Yoenis Cespedes and Coco Crisp hogging the spotlight.

Coming Tomorrow- A few players from the disappointing, as predicted, 2013 Blue Jays team.
Posted by Jordan at 8:34 PM