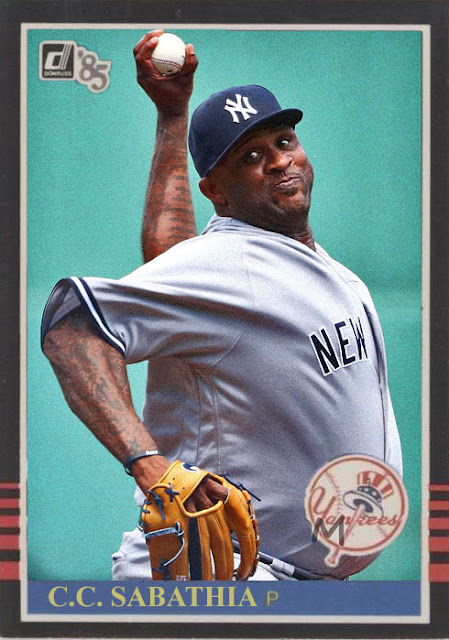 In 2009, one of the best pitchers in baseball landed in the Bronx. With CC Sabathia onhand, the Yankees were determined to win as many games as possible, and to boost their pitching for the foreseeable future. With CC, the Yankees won 1 World Series, three division wins, and had one season in which he ABSOLUTELY SHOULD HAVE WON THE CY YOUNG AWARD (thanks again for that, King Felix).

And then, after 2012, CC fell off. With a few seasons of injuries, ineptitude, and just plain off-ness, we feared we had lost him, the great pitcher who had won a Cy Young in Cleveland and threw fire like nobody else. Then, after a stint in rehab in 2015, we got him back. He had figured out how to win despite his decreased velocity, and got back to winning games like a pro. He's had a fantastic 2017 season, being as dominant and powerful as he was back in the day, and matching up with Severino, Tanaka and Gray to form a pretty powerful postseason rotation.

After 2017...it's pretty likely that CC's either going to pitch somewhere else or retire. I don't believe we have room for him on the payroll, and as he'll be 38 next year, I'm not sure if he'll be putting up his best numbers (Beltran notwithstanding). I'm very thankful he got to pitch for my team, and i'm glad he gave us SEVERAL seasons of unstoppable baseball. Not sure if he's a Hall of Famer, but I'll never stop collecting the guy.

Here's hoping the Yankees can do some serious damage this postseason, with CC in tow.