Not Even J-Up Could Save the Angels 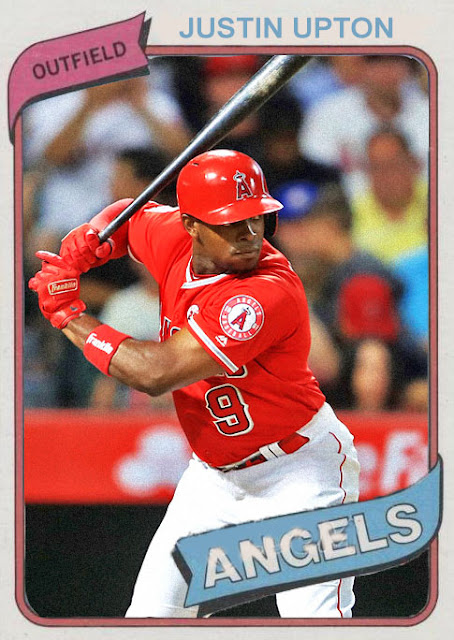 I kinda saw this coming, but I needed to report on it anyway.

The Astros' 1st place finish had been a foregone conclusion since April, but the remaining four teams needed to stay relevant, especially with the wild card on the line. So despite the fact that none of them had a real chance of making the playoffs, three teams made significant pushes in the last month of the season to take the last wild card spot. The Mariners' failed by having the core of the roster they were trying to supplant completely deflate. The Rangers had nothing to work with, nothing to expand upon, and gained nothing.

The Angels, who added Justin Upton and Brandon Phillips via waiver deals, got the furthest, but they were never a playoff team to begin with, and...it didn't go especially well for them. They lost a ton of games, especially to Houston, and fell out of the race, leading the Astros to unopposed victory.

Not that the Angels didn't try. Justin Upton gave some nice numbers, though not as nice as his Tigers ones, Brandon Phillips added to his great 2017 season, and Garrett Richards even returned in peak form, trying to give the Angels some depth. But, even with Andrelton Simmons and Mike Trout playing really well, they couldn't stop the Angels.

It'll be interesting to see if Upton stays in LA next year, as he's been pretty mobile since leaving the Diamondbacks. But he's still a really nice player, and could help any roster he joins.

Coming Tomorrow- Came back from the dead to help the Dodgers survive and make it into October.
Posted by Jordan at 11:46 PM