Beat Me in St. Louis 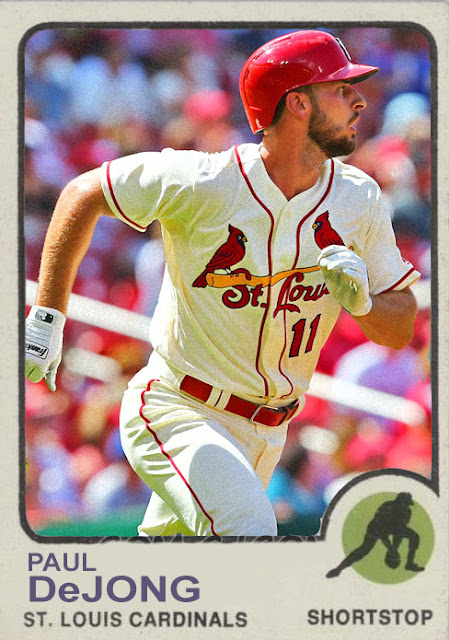 The difference, by the way, between the Minnesota Twins and the St. Louis Cardinals...and why one's probably making a Wild Card and the other is falling out of their Wild Card race, is that the Twins were able to weave their youth movement in with the veterans. The Cardinals' plan seems to be to just call up everybody and just hope that everybody fits in.

Paul DeJong's doing great this year, and he's a fantastic rookie shortstop, but...what makes this problematic is that they just had a rookie shortstop last year, in Aledmys Diaz, and DeJong is up in spite of Diaz' injury. The question will be 'what will the Cardinals do once DeJong AND Diaz are both healthy. Who'll get to start games?' The same problem's been happening with Tommy Pham, as he's been having a phenomenal year...and it's fine if he gets to start in spite of the three proposed starters, like Dexter Fowler, Randal Grichuk and Stephen Piscotty. But...now the Cardinals have brought up Magneuris Sierra and Harrison Bader as fellow outfielders. They're ALSO doing really well.

The problem isn't that they're bringing in rookies as replacements. The problem is that they're all playing well, and the people they were replacing aren't really established stars as much as guys that have only been playing for a few years. So when, say, all three outfielders are healthy next year, as well as the three younger ones that have been playing well...what's gonna happen? Who's gonna sit.

And what makes this even more frustrating is that the guy they might NEED to replace, Yadier Molina, has no successor like everybody else. They had Eric Fryer, but he's gone, and now they have Carson Kelly, and he's...not having a great year as backup. So they have 2018 replacements for everybody except for the guy who's probably going to NEED a replacement in 2018. It's maddening.

I don't know if 2017 is going to work out for them, but I feel like 2018 might be a mess, because they'll be trying to work everybody in the lineup.

Coming Tonight: Earlier this year he was an All-Star in Oakland. Now he's still not going to the playoffs, just on a different AL West team.
Posted by Jordan at 10:39 AM