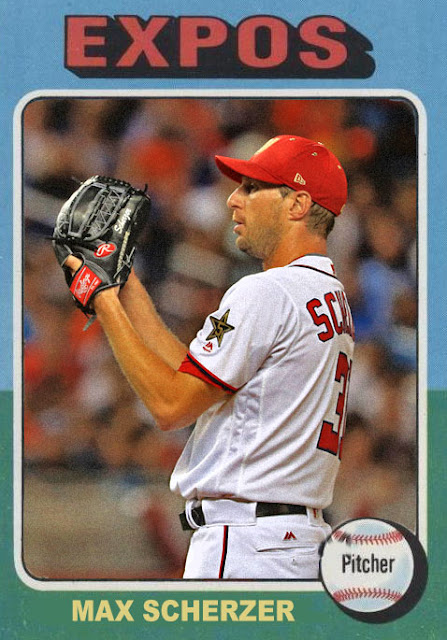 Right now, Max Scherzer and Jayson Werth are back with the Nationals after some injuries. Trea Turner's also just gotten back. So at this point, the Nationals are waiting on Bryce Harper to return some time in September...but even if he doesn't, they're still doing pretty damn well. Even an outfield without Bryce Harper, but still featuring Werth, Michael Taylor, and the still-blazing Howie Kendrick, is worth celebrating.

More importantly, Max Scherzer's back on his feet, and back in the race for the NL Cy Young. At this point, the race is filled with the usual suspects, like Clayton Kershaw, who's probably gonna have some points docked for the injury-filled August, and Zack Greinke, who's probably going to come in second like he does every year, but right now Scherzer has a 7.0 WAR, a league-leading 230 strikeouts, an insanely low ERA, and a 13-5 record that's only gonna grow as the Nationals continue to incline. To say a Scherzer repeat could happen is a safe bet.

But...to say the Nationals could finally win a division series? I'm not making any definitive statements yet. Every time I do, they get clobbered. They have worse October luck than the Cubs used to. It's looking like their postseason matchup will square them against the Cubs, which seems doable at the present moment, but this is without accounting for the momentum that could accumulate or diminish from either team in the next 30 days. I have no idea what teams we'll be dealing with, who'll be healthy/hot/cold/injured, and what the picture will be. As is, I'd back on Washington, but you can't predict that when the October matchup will be completely different.

The only thing I can predict with few trepidations is that people are definitely going to vote for Max Scherzer to win a third Cy Young.

Coming Tomorrow- The Twins aren't dead! Neither is their former-rookie-phenom outfielder.
Posted by Jordan at 10:00 PM