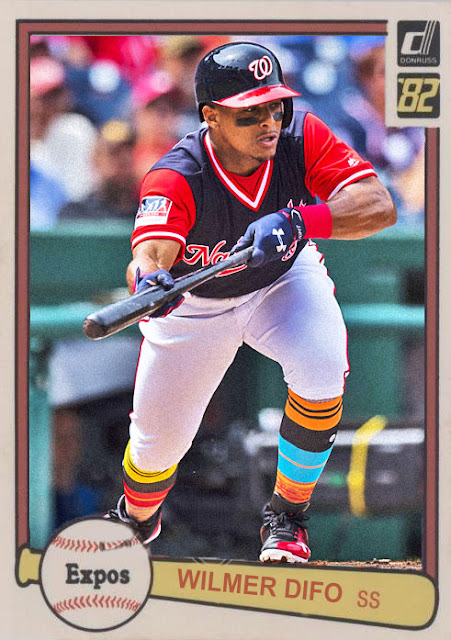 The Nats are officially going to the playoffs. I mean, it was official back in, like, May, but still.

The Nats have overcome injuries to the entire outfield, and at shortstop, and are still fighting to get somewhere they've not been in years (the NLCS). It helps that even when Trea Turner is injured, Wilmer Difo can slip in instead and start doing some truly great work. Now that Turner's back, there's not a TON for him to do except hit off the bench, but seeing as the bench is also featuring Adam Lind, Howie Kendrick and Victor Robles, it's not the worst place to be.

In the place of Bryce Harper, the Nats have Howie Kendrick making the main offensive, and Victor Robles slowly making his way in, and both are doing INSANELY well, mainly because Kendrick has been on fire this whole year. Harper is gonna be back for the postseason (hopefully), but I imagine they're still gonna use the hell out of both guys.

The injuries haven't especially rocked the rotation, save for the 5th-spot, but Joe Ross is expendable. The Scherzer-Strasburg-Gio-Roark combo is working wonders, and Edwin Jackson and A.J. Cole are perfectly fine cleaning up after them. Also, how about SEAN DOOLITTLE working the ninth like an absolute pro? How about that?

This is a team that's ready for the playoffs, and is only gonna get stronger as the road grows thinner. I will say that they should be happy they don't have to play the Dodgers anymore this season.

Coming Tonight: Not sure if you heard, but they had a record-breaking win streak going. They're not top seeded in the AL, and looking pretty damn unstoppable. Here's there hard-hitting first baseman.
Posted by Jordan at 10:00 AM