The Doctor is in 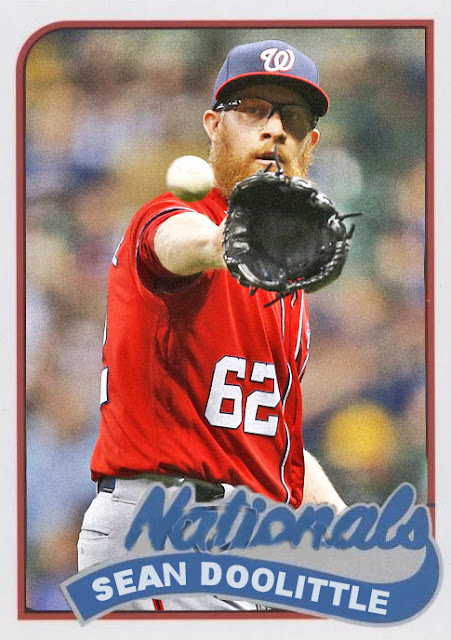 Never would have thought THIS GUY would be a lights out closer again, and since we're having a shortage of bearded closers, I'm glad that it's happening.

I'm also glad that Doolittle gets a less 'ragtag' and more polished team to be closer for. I don't wanna knock the 2012/2013 A's, because I love those teams, but...this Nats team has a lineup to die for, a rotation that's legendary, and some pieces all around that could infuriate competitors down the stretch. Not a ton of people are talking about the Nats as playoff favorites, because the NL is stacked with a ton of 'will it happen' kind of things, like the Dodgers and Cubs.

But...if the Dodgers' luck runs out, and the Cubs aren't as lucky as they've been....who does that leave? The Nats...and a team they might be able to beat.

I'm putting some good money on the fact that this is the year the Nationals will win their first NLDS. It's time. They have the team, they have the numbers, they have the momentum, and they're right in the middle, right where they need to be. They could make it all the way, if the cards fall their way. They definitely have it this year, even if they don't have Adam Eaton.

Coming Tonight: His team just hit 100 wins, and he's actually having a pretty great season on the mound.
Posted by Jordan at 12:21 PM