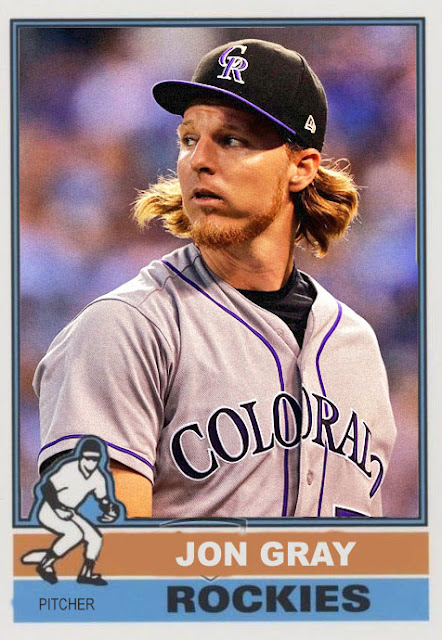 Remember a few weeks ago when those Wild Card races looked impenetrable. Well, the Brewers are one away from catching the Rockies.

And it's a shame, because as amazing as the lineup has been the whole year, and as booming as the homers have been...again, it's the shortcomings of the rotation that are bringing this down. And even if we have some truly talented pitchers, like Kyle Freeland, German Marquez and Antonio Senzatela, throwing smoke for the Rockies, it doesn't mean anything if the air's thinner in Denver and all the balls end up flying out. It's very hard to overpower that inevitability.

The only pitcher who, for the second year in a row, has fought successfully against the wind change, is Jon Gray. The guy is a strikeout artist of the highest caliber, and even after missing a few months with an injury, he zoomed back, racking up wins, a low ERA, strikeouts, and a few other great things pitchers don't usually get at Coors Field. He's, once again, the ace, though there have been a ton more great pitchers here than usual, to this squad's credit.

Still, with the momentum the Brewers have had recently, and the non-Coors-Field consistency of THEIR rotation, it's right to be a bit scared if you're a Rockies fan, as the Brewers team could rack up enough wins to unseat the Rox and play the D-Backs in the wild card game. Plus, now that THEIR momentum has lessened, it's no longer a guarantee that the D-Backs will advance, so the Rockies will now be playing for a relatively even playoff game against the division rival Diamondbacks.

I'm kinda hoping the Rockies can pull this one off, though either outcome would be really cool.

Coming Tonight: One of the pitchers in a sharp-enough looking AL East squad.
Posted by Jordan at 11:14 AM