The Dodgers Could Still Take It 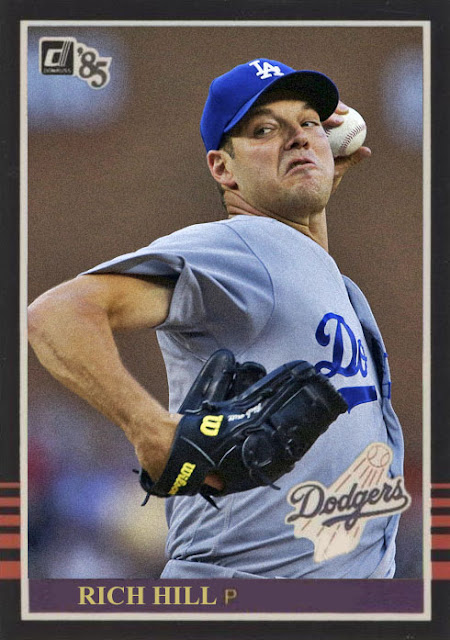 I know that the losing streak snapped a lot of people out of the 'Dodgers have this thing in the bag' mindset, but...looking at exactly what the Dodgers are working with, even if they are gonna be likely heading into a series with the D-Backs or Rockies...they're still pretty fantastic.

They have a pretty solid lineup, with only the outfield spot cohabited by Curtis Granderson and Joc Pederson being slightly suspect. Cody Bellinger and Chris Taylor are still heating up the league, Andre Ethier even came back in full form, and Austin Barnes is even a trustworthy backup catcher. There's not a lot of mass tragedy in that lineup.

Nor is there in the rotation. Yes, Darvish, Kershaw and Wood are obvious hits, but Rich Hill is having yet another unbelievable year, fixing what had ailed him for the better part of the decade. The guy is at his career apex, and the Dodgers are glad it's with them. The trio of Brandon McCarthy, Kenta Maeda and Hyun-Jin Ryu close things out, and I'm guessing the latter is going to be phased out? Either way, it's nice to have options for starters, especially in playoff formation.

The problem is that even with this really nice roster...what if they get as unlucky as they did last month, and lose at the wrong times? It can happen to anyone at anytime, and it could happen to the Dodgers again. They're going in as the favorite in the NL, winning over 100 games and getting top seed in the league. They're going to have to figure out how to circumvent catastrophe, because they could very well make it to a World Series.

Coming Tonight: His team's not heading to the playoffs, but he had yet another great season.
Posted by Jordan at 11:26 AM