J.D. Martinez and the Order of the Phoenix 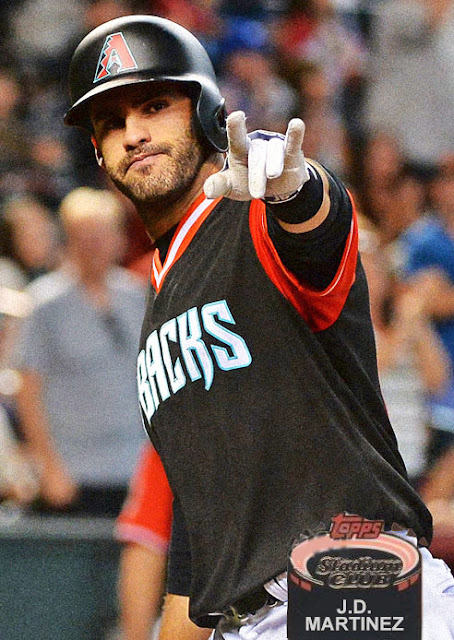 ...So J.D. Martinez is hitting 38 home runs this season, and we're gonna ignore that because it's split between two leagues? And don't give me that Cespedes bias. J.D. Martinez showed an insane amount of power in both Detroit AND Arizona, and his home runs are gonna propel the D-Backs further into the postseason than they had any right to. Plus, unlike Cespedes, it wasn't a one-man-effort. Like in Detroit, Martinez worked with a unit and mutually made this team watchable.

As the Dodgers are crumbling in first, the Diamondbacks are playing some amazing baseball, and growing so much as a roster. The star, of course, is Paul Goldschmidt, and maybe this will be the season where he FINALLY gets the respect he deserves. Additionally, performances by Jake Lamb, David Peralta and Ketel Marte are lifting the roster into the conversation, and lifting the lineup into relevance.

After a season of stuttering...Zack Greinke is finally the ace they signed him to be, and he's had another HOF-worthy season of 200 strikeouts and 15+ wins. The fact that they got him in this condition 10+ years into his career is fantastic. Also, Robbie Ray, Taijuan Walker, Zack Godley and Patrick Corbin have been equally impressive, making the Diamondbacks incredibly formidable going into a postseason they'll probably have to enter via the wild card game.

The D-Backs could do some amazing things in the postseason, but they've lost the last few games, and may be catching the same virus the Dodgers caught. If they want into this insane 2017 postseason, they're gonna need to decide how they want their season to end.

Coming Tonight: Won an MVP 2 years ago. He's still an absolute beast, and it's a shame his team isn't.
Posted by Jordan at 10:32 AM
Labels: Custom Cards, D-Backs, J.D. Martinez