Tanking in a Post-CBA World 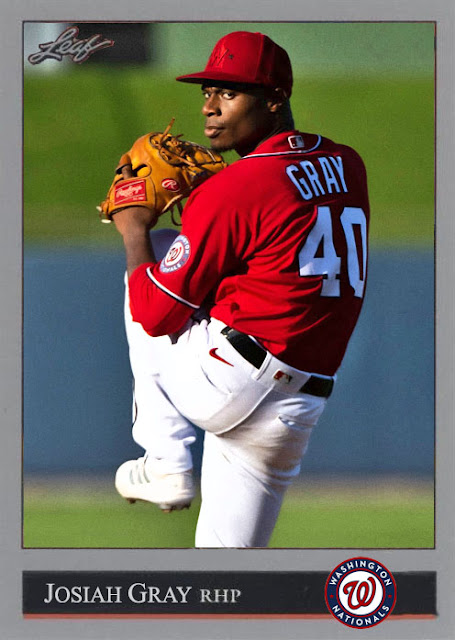 So one of the talking points the players came to the lockout meetings with was that pulling apart a roster and losing multiple seasons for draft picks was a maddening move for players still left on those teams, and that there needed to be a change in draft pick allocation to dissuade owners from tanking.

And, uh...with the quick wrap-up to the lockout and the subsequent roster dissolving in Oakland, I really don't think we ever got a true resolution to that. What, the players said 'please', the owners said 'sure', the lockout ends and Matt Olson, Matt Chapman and Chris Bassitt are all traded for prospects? I don't think tanking is completely dead, guys.

When the CBA was ratified, a lot of the talking heads did wish that tanking was addressed more than just 'fine, we'll do a draft lottery like the NBA'. There were several actual measures talked about, like a salary minimum that would encourage teams to spend money and not tank for draft picks, but none of them were taken. So teams are still gonna tank for draft picks.

Just this year alone, we have the Pirates, Athletics, Orioles and Reds taking definite low-budget measures in the wake of huge players leaving. While the Reds still do have Joey Votto leading the charge, and the Pirates and Orioles at least have recent all-star heroes like Bryan Reynolds and Cedric Mullins to get people in seats, a lot of these teams really do have to go, like, 'uhh...come to games...please...'. Which is not really a win for both owners or players.

But what's emerging suddenly, maybe as a result of the CBA or maybe it, is these sort of teams that I just now coined as 'rebounders'. Teams that got gutted by trades or free agency, and are still using contracts and prospects to actually go for it, in some sense, now, and thanks to there being 2 more playoff spots, actually have a shot at competing.

Here are some of the 'rebounders' worth keeping an eye on this season:

-Washington Nationals, hence the Josiah Gray custom. The Nats were absolutely annihilated last trade deadline, but they used these trades to slowly build themselves back using prospects that were blocked behind elite players. This is how they have players like Keibert Ruiz, Lane Thomas and Josiah Gray in prime spots- they're all ready. It's not like the Marlins' 2017 trade deadline where they had to wait 3 years for a lot of them to bloom, and a large number of them didn't [no wonder the owner left]. The Nats, in addition to nice prospects, got people who can jump right in. The Athletics learned from this by asking for Kevin Smith from Toronto, and he'll probably be their starting third baseman this year. Additionally, the Nats kept buying, and procured a very nice lineup piece in Nelson Cruz. So while it's not expected that they'll be a first place team, they are putting in enough effort to not just wait for the draft picks. That is the sort of approach that I think we'll be seeing a lot more of.

-Colorado Rockies. I was convinced that the Rockies would be a tried-and-true tanking team this season, especially after they made little to no effort to keep Trevor Story or Jon Gray. At the same time, they locked up C.J. Cron, which was a very smart move, got a lower-budget replacement for Story in Jose Iglesias, and did a lot of little things to keep what was working strong. The Rockies are going with a lower-key core this year, built by people like Brendan Rodgers, Garrett Hampson, Ryan McMahon and Connor Joe, and the fact that they mostly kept the pitching staff intact is a good sign as well. Then they got Kris Bryant. And the Rockies went from a low-key bottom feeder with promise to a team willing to make long-term approaches. I was baffled by the Bryant deal, but I think they're using it to play for the future in an unconventional way. Yes, the Rockies probably will only get as far as fourth this year, but with enough foundation on this roster, they could be as good as the top 3 in a little while. And that's what you want- a healthier approach to potentially losing more games.

-Minnesota Twins. Okay, so the Twins were godawful last year, shed some foundational players, and were booted out of the conversation. A lot of teams would use this to rebuild and start over. The Twins did not. They decided to keep Byron Buxton, which surprised a lot of people, then they really went to work, slotting in Gio Urshela, Sonny Gray and now Carlos Correa alongside a pretty impressive young lineup. Additionally, they were able to get rid of a few dead weight contracts, and sneakily pawned off Isiah Kiner-Falefa in a span of 24 hours. The most interesting part of this is that while Gray is probably going to be a big part of this rotation, the Twins have listed Joe Ryan, the former Rays farmhand, at the top of the depth chart. Joe Ryan was very impressive in 5 starts last season, but the Twins' prospectors are saying he's really ready, and could be at ace level. That is...some high praise for a guy who nobody was really talking about last year. It definitely makes you think that this team has high aspirations, and that Rocco Baldelli isn't letting the fall of the Bomba squad become his undoing. I think the Twins might be a wild card favorite this year, and could even dethrone the White Sox if they're not looking.

-Chicago Cubs. The entire offseason, it was looking like Seiya Suzuki would sign with the Padres. It was so much of a foregone conclusion that Yu Darvish was introducing Seiya to his family. So when Suzuki signed a deal with the Cubs, eyebrows were raised. What did Seiya Suzuki know that we didn't? Was it the sort of stock-still nature of the Padres this offseason compared to the slow build the Cubs were doing with people like Marcus Stroman and Andrelton Simmons? Regardless, he saw promise, so he went to Chicago. And on paper, it's hard to see exactly what he saw. The Cubs are still starting a lot of the replacement players from last year, including Patrick Wisdom, Frank Schwindel and Rafael Ortega. At the same time, they also made some wise pickups, like a backup catcher for a potentially-leaving Contreras, a lot more help for the back of the rotation, a surefire ace in Stroman, and an infield bat that can help Madrigal and Hoerner progress in Jonathan Villar.

The Cubs, a lot like the Twins, are making a lot of smart moves, and they're not taking a low finish and a dismantling as a cue to start losing games intentionally. And that should be the surest sign for other teams that maybe tanking won't be what it was in the past.

Then again, the Athletics still do exist.