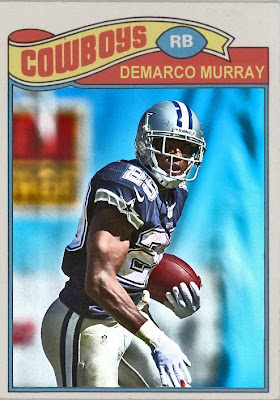 Seriously, this season's going to fast. I need to enjoy the Packers' season before they collapse any further. But still, we have another week of football on our hands. The bright side this week is that I don't have to witness the Eagles lose to anybody, but I don't get to see them win, either.

Steelers vs. Browns:
Who should win: Browns. This has been a weird-ass season for both teams. The Steelers are losing where they should be winning, and the Browns are winning where they should be losing. However, both teams have sort of gone back to normal in the past few weeks. In my opinion, going in the Browns are the better team. The Browns still have Jason Campbell, and while we don't know how reliable he's going to be (Raiders fans will agree here), he's still an experience backup. So, they may have a shot.
Who will win: Browns. The Steelers have proved that they can win, but they also proved that it is very, very hard for them to do so. Today they are playing a team with the same amount of chance to win as they do. They could win here, but I say the Browns will eventually take it. This may be wrong, but I really don't care.
Overall: Browns over Steelers.

Buccaneers vs. Lions
Who should win: Lions. Three weeks ago, this would have been a much easier game to call. This was before Mike Glennon got good, and before the Lions got less awesome. So it could be tougher than anyone is estimating. Then again, we're dealing with a first place Lions team, one that has been defying expectations all year, and has a great QB in Matthew Stafford. The Bucs are only in 3rd place because the Falcons lost on Thursday, which must be pretty humiliating for the Falcons.
Who will win: Lions. This does not belittle the merits of Mike Glennon. It just belittles the merits of everyone else on the Bucs. And without Glennon, the Bucs would be 0-11 right now. So unless Mike Glennon has another outstanding game, the Lions will have another easy win, to set themselves up for a nice leadin to the Thanksgiving game against the Packers.
Overall: Lions over Bucs. Glennon will probably get hurt midway through. Nyeh.

Vikings vs. Packers:
Who should win: Vikings. Again, this is who SHOULD win. The Packers, without Aaron Rodgers, have lost all momentum, and it hasn't helped that they've been pitted against difficult teams. Their current QB is basically a nobody, and their offense is floundering. Speaking of floundering offenses, Christian Ponder is only slightly better than the Packers guy. The only reason why I'm pitting the Vikings to win up top is because they seem to think they have a chance.
Who will win: Packers. Yes, I know this is ridiculous. I know that there is a slim chance for a Packers team without Aaron Rodgers to win anything, let alone a game against a last place Vikings team. But...keep in mind, Ponder will make a lot of interceptions, so, technically, the Green Bay backup doesn't need to be great. Ponder just needs to be good at passing, period, no matter who ends up catching the ball. It may be risky, but I say the Packers will take it.
Overall: Packers over Vikings. AP will basically just leave.

Chargers vs. Chiefs:
Who should win: Chiefs. The Chiefs, faced with a Broncos roster that is killing everyone not from the same farm system as the QB this year, fell last week for the first time. This is not a new feeling for Andy Reid, and I imagine that his mopiness and sad expression at the press conference felt refreshing to him, as it had been a year since he'd felt it. Sadly, this expression might not return after the game today. The Chargers are much easier to beat than the Broncos, and even a decent Philip Rivers won't stop the killer Chiefs.
Who will win: Chiefs. When a team with this little talent does this well in the season, after a while you just stop questioning how they win, and just start going along with it. The Chargers are not a very good team, and the Chiefs are amazing this season. So, it should be very obvious.
Overall: Chiefs over Chargers.

Bears vs. Rams:
Who should win: Bears. These are two very decent teams, playing without their elite quarterbacks. The only difference is that the Bears have a much stronger offense, and the Rams have a stronger defense. So, really, this could go either way. I'm giving the top half to the Bears because, going in, they have more of a chance to win it, and they have more of a team than the Rams.
Who will win: Rams. This is very risky, but I have a feeling that, in some way, shape or form, the Rams are just gonna spontaneously come around and get really good. I have no idea how, and I have no idea what the hell's going to spurn this on, but I just see the Rams doing really well today. It may be a total misfire, but really, anything can happen here.
Overall: Rams over Bears.

Panthers vs. Dolphins:
Who should win: Panthers. You have Cam Netwon, who is inconsistent by the year, on one of his 'on' seasons, completely killing every team he plays. You have a stellar offense, a stronger defense, and an absolutely surging roster. Really, the Panthers are doing so well this season, and it's a shame that nobody saw it coming. Meanwhile, the Dolphins are basically done. They've been torn up from the inside out, and they are practically spent. The Panthers should have an easy win here.
Who will win: Panthers. The Dolphins' offense is still a bit strong, but it's succumbing to more trauma and injuries. Overall, the Dolphins are in the lowest place in football right now, and the Panthers are going to take advantage of it.
Overall: Panthers over Dolphins.

Jets vs. Ravens:
Who should win: Jets. I have absolutely no idea how, because if I did, I would tell the entire world, because they need to know at this point...but the Jets are winning numerous games this year. I know they have an even record right now, but they can't be counted out, for some reason.
Who will win: Ravens. Forget the whole 'Jets winning games' thing. The Ravens are still the Ravens, regardless of anything that's happened. Joe Flacco is still consistent as hell, and the defense is still incredibly intimidating, even to people that don't even play football. The Jets may be inexplicable in their sudden rise, but the Ravens aren't, and they're gonna shut down the Jets today (I hope).
Overall: Ravens over Jets.

Texans vs. Jaguars:
Who should win: Texans, because it looks like they're going to win.
Who will win: Jaguars, because the Texans can't win anything.
Overall: Jags over Texans.

Titans vs. Raiders:
Who should win: Titans. They have been doing alright most of the season, and Ryan Fitzpatrick is a reliable, if slightly misguided, arm. They could potentially win here, if everything aligns.
Who will win: Raiders. These are two subpar teams, but I'm picking the Raiders to win solely because they deserve it, and because this McGloin kid can actually throw the ball. It might be very close, and it could be a total misfire for Oakland, like usual, but I think they can actually win here.
Overall: Raiders over Titans.

Colts vs. Cardinals:
Who should win: Colts. The Colts are currently leading their division, and are actually doing very well, even with all the injuries that have taken place. Luck is a great QB as we all hoped. Unless the Cardinals do something completely unexpected, the Colts should take it.
Who will win: Colts. Regardless of anything Carson Palmer throws today, the Colts are the better team. Better offense, defense, younger QB. Palmer may absolutely stun today, but the Colts are probably going to come out on top anyway.
Overall: Colts over Cards.

Cowboys vs. Giants:
Jeez, this is like Sophie's Choice over here.
Who should win: Cowboys
Who will win: Giants, because I'm evil and I want to see the Eagles keep their lead for more than five seconds.
Overall: Giants over Cowboys.

Broncos vs. Patriots (The Highlander Game):Who should win: Broncos. The Patriots came out strong, and have lost a lot of crucial matchups this year, mostly due to the fact that this team is an aging one, one that isn't as good as it used to be, and one that is in danger of being lapped by the fricking Jets. Meanwhile, the Broncos only lost one game, and it was probably due to a lost bet by the former Indianapolis resident. I see the Broncos winning again, because that's what they're good at this season.
Who will win: Broncos. Last season, in this situation, I would have said that the whole thing would be cracked wide open by a Brady-to-Welker touchdown pass, maybe about 6 or 7 times. However, today I'll be rooting for Welker to get the ball from Manning, and to finally teach those fans in Foxboro that he's playing to actually win this year.
Overall: Broncos over Patriots. Also, Welker will crap in Belichick's coffee.

Well, this is sure to be a tough week. Hope at least some of it goes according to plan.
Posted by Jordan at 11:28 AM
Labels: Cowboys, Custom Cards, DeMarco Murray, football, Predictions