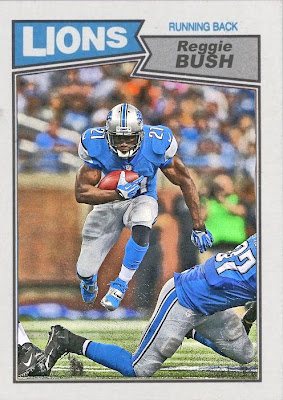 Last week I predicted the outcomes of all 15 weekend games. They all went pretty well, and 8 out of 15 were right, which is a solid over .500 average. Also, last week about 5,000,000 people/bots saw the post. Will more people view this one? Let's find out.

Rams vs. Falcons
Who should win: Last week the Falcons lost to the Saints, though it was close. The Rams won their match against the Cardinals. I think that the Falcons should have a better time of it here, as the Rams still aren't the best team, and the Falcons are still improving.
Who will win: Though it could go either way, I'll say the Falcons again. As we found out last week, the Rams are capable of winning a few games, and when matched with a good enough opponent, they can rock things. I just don't see them getting past the Falcons, even if they seem depleted from last year's squad.
Overall: Falcons 28, Rams 20.

Panthers vs. Bills:
Who should win: Bills. This is a tougher matchup, as neither team is particularly amazing. Still, I think the Bills have more of a chance to win here because they have more to them than the Panthers. The Panthers have a great quarterback in Cam Newton, but he's not as good as he was in 2011. The Bills have EJ Manuel, and Manuel proved he was ready last week. I hope he finally wins one.
Who will win: Bills. I think the Bills have a better defense, and offense, than Carolina, and I think that they can very easily shut them down. Only problem is that there's a chance the Panthers could win, simply because I'm very good at being wrong, and I thought the Eagles would beat them last year. So really, they could theoretically have a shot, but looking at it realistically, the Bills should have an easy matchup.
Overall: Bills 24, Panthers 7.

Vikings vs. Bears:
Who should win: Bears. This is an extremely tough matchup, because I don't think there is a single bad team in the NFC North this season. All four teams are consistently good and strong. These two will probably be either the middle two or the bookends, but they're both great. Though really, if I was going by last week, I would say the Bears would take this one. Last week they seemed like they were really tight, like Cutler was back to his old self again. The Vikings have lost a lot of pieces, and I think last week was the result of that.
Who will win: Surprisingly, the Vikings. I know I just bashed them, but something tells me they might be able to win this one. It could go either way, and I could be very wrong here, but I'm going out on a limb here and I'll say that Adrian Peterson will have a great day.
Overall: Vikings 37, Bears 31.

Redskins vs. Packers:
Who should win: Packers, because they need to redeem themselves after last week unfairly-scheduled matchup against San Francisco. The Packers are a great team, and while they've lost a lot of the pieces that gave them the trophy, they're still in it to win it. Today they have a team that they can probably beat, and I think they'll have a field day.
Who will win: Packers. As evident last week, RG3 is not the same player he was last season. His injury took a lot of oomph out of his gameplay, and last week was an atrocious showing for him. I think the young, fit Packers can get away with this one, and the Redskins might have another embarrassing game on their hands.
Overall: Packers 28, Redskins 14.

Dolphins vs. Colts:
Who should win: Colts, because I like them marginally better than I like the Dolphins. Also because the Colts are a better team, and Andrew Luck needs to have a couple nice games this season if he wants to be taken seriously in the NFL.
Who will win: This one could go either way, but I'm gonna say the Dolphins. I know, it's a risky choice, but I think the Dolphins have more to them than the Colts, and I think the Dolphins will be a stronger team today, while the Colts might have weakened their defense over the offseason. But again, I could be very, very wrong today. You never know.
Overall: Dolphins 21, Colts 16.

Cowboys vs. Chiefs:
Who should win: Chiefs. Andy Reid has suffered many losses at the hands of the infuriating Cowboys. This will be the game that he can really test himself against, now that he has a new team, a stronger team. Plus, I really, really don't want the Cowboys to win...
Who will win:...but the Cowboys probably will. I'm not saying this because they pummeled the Giants last week. I'm saying that the Cowboys have managed to really rebuild themselves, through people like DeMarco Murray and Dez Bryant. Something tells me they're gonna make it past the Chiefs, because the Chiefs are a little more spread out, and they don't have everything together. But it could go either way. Man, not a lot of easy choices this week.
Overall: Cowboys 27, Chiefs 20

Browns vs. Ravens:
Who should win: Ravens. The Ravens were stymied last week in Baltimore Denver, because they were outmatched, and they were facing a much better quarterback. Now they finally have an easier team to beat, and an idea of how things might go. I think the Ravens' storyline would benefit from a win here, because it's the Browns, and they're only slightly menacing this year.
Who will win: Ravens. Unless something's really gone wrong, the Ravens should have no problem beating Cleveland. The Browns, while they have improved, are still playing with a weaker 2nd year quarterback, and their offense and defense consist of younger, not all tested players. The Ravens have a team that's, while depleted, still stronger and faster than Cleveland's, and I think they'll come out on top.
Overall: Ravens 21, Browns 10.

Titans vs. Texans:
Who should win: Texans. In the battle of the teams that used to be called Oilers, I think the newer incarnation will come out on top, solely because they're the better team. The Texans had a great campaign last year, while the Titans were circling last. I think that, in terms of story, the Texans would probably need a win here.
Who will win: Texans. While the Titans were strong enough to counter an aging Steelers team, I don't think they'll be able to stop the Houston defense, which is still consistently strong, especially considering Ed Reed. Also, the Texans, as usual, have a lot more to them than the Titans, who are still relying on Jake Locker to be consistently okay. I still think the Texans are the better team, and that they'll win today.
Overall: Texans 35, Titans 14.

Chargers vs. Eagles:
Who should win: Eagles, of course. This is their first game, and in the past three seasons whoever they've played in their first home game goes to the Super Bowl and wins. Thankfully, the NFL schedules put an end to this hokey curse, and got them to play a crappier team with no chance in hell of winning the Super Bowl, also known as the Chargers. I think the Eagles should be alright today, as the Chargers basically have no one.
Who will win: Thinking strategically, the Eagles also have the win. Chip Kelly's new coaching tactics have been working marvels, as evidenced by last week's blowout victory against the Redskins. Now they're facing another 'meh' team, and I think that if they do similar things, and keep giving Shady McCoy the ball, they'll have no problem.
Overall: Eagles 42, Chargers 21.

Lions vs. Cardinals:
Who should win: Lions, of course. Last week's victory was a sign of a changed team, as they was consistent gameplay out of Reggie Bush, Megatron, and Matthew Stafford. Going by this week, where they have a much easier team to defeat, I think there'll be another nice victory at hand.
Who will win: Lions again. The Cardinals are doing a lot to cover up the fact that all they really have to give a damn about is Larry Fitzgerald. I mean, they have an aging Carson Palmer, plus a few okay rookies, but in all honesty, the Lions are more than a one trick pony, and I think that their defense will have no problem overpowering the depleted Arizona offense. This may seem like an obvious pick, but I'm going with it anyway.
Overall: Lions 28, Cardinals 7.

Saints vs. Buccaneers:
Who should win: Saints. Last week's victory over Atlanta was huge for them, after two seasons of being subpar. Now they have another strong-ish team, one that faced a loss last week due to some bad luck. I think the Saints will have another win here, and solely because of Drew Brees having people to throw to again.
Who will win: Saints. The Bucs, while still rebuilding, are still the Bucs. They're not an elite team, they're just somewhere in the middle. The Saints have a lot more than them, and their quarterback is more trusted. I think that, analytically speaking, the Saints have a better shot, because their offense is stronger, and polished.
Overall: Saints 35, Bucs 17.

Jaguars vs. Raiders:
Who should win: Raiders. Think of it as a lesser of two awfuls. Besides, Terrelle Pryor looks a lot better than Blaine Gabber this season.
Who will win: Jaguars, because the Raiders just loooooove dumb luck. I'm not saying it will happen, but I'm saying that, knowing the Raiders, it might.
Overall: Jaguars 17, Raiders 14.

Broncos vs. Giants:
Who should win: Broncos. In a battle of the Mannings, Peyton is the more accomplished, more consistent, more experienced, and more decorated. I think that Peyton has a better team too, and he has a lot more targets than Eli. It really could go either way, but the Broncos have a better chance.
Who will win: Broncos again, because the Giants have lost a lot of their main pieces from 2011, and the Broncos have gained a lot of important players to make them contenders again. The Giants, while still strong, probably won't be able to outrun the Broncos offense, and Peyton will easily stop Eli from taking this one.
Overall: Broncos 41, Giants 35.

49ers vs. Seahawks:
Who should win: Seahawks, because I like them better, and because they don't have a roster of players that make me want to punch someone in the face.
Who will win: Niners, because common sense. It could be really close, and the Hawks may take it, but the Niners are too strong to lose here.
Overall: Niners 49, Seahawks, 40.

So those are my bold predictions. 8-7 right, I make a custom of whoever you want. 8-7 wrong, I'll do a custom of a team I hate. Let's do this, week two.
Posted by Jordan at 11:40 AM
Labels: Custom Cards, football, Lions, Predictions, Reggie Bush