Topps, recently, has had a bad track record with bringing back beloved properties from their past.

Here's Topps Archives! 'No, that's not Topps Archives, that's a bunch of current players on old designs. Doesn't some card blogger do that?'

Here's Topps Tek! 'No, that's some high end product that takes out most of the fun and creativity of the original set.'

Here's Topps Gold Label! 'Yeah, that'd be great if it wasn't ultra-ultra premium and only sold in hobby stores.

So, needless to say, bringing back Topps Gallery and releasing it as a Walmart Exclusive with a card-per-dollar ratio worse than Stadium Club's...did not get a great deal of praise from collectors. I, as a stupid person, decided it'd only be right to grab a box or two of the product, and decide for myself whether or not it was worth the fuss.

I grabbed two blasters. 8 packs per, including a pack of Artist's Proof parallels. So let's get this over with.

Okay, so already we see a few problems- ARTIST PROOF means that it's an ultra-rare parallel inserted into packs with a low numbering. These cards are not numbered, and they're given away essentially for free. So...what the hell's the point of them?

Also, the stock is thick enough, but the matte finish is nowhere near the texture of the original Gallery set. Plus, as nice as the design is, it's simplistic, and not really near some of the more complex designs that made the set cool to collect. This is...pretty damned boilerplate.

Onto the rest of the blaster

Pack 1-
36- Tim Anderson. The backs, by the way, carry the tradition of split stats for every month of the 2016 season, which is really nice, and more effort-driven than the modern Topps' approach to stats.
85- Troy Tulowitzki. All of these were drawn by one person, Mayumi Seto. Tulo's does emphasize the bags under his eyes more than I'd like. Maybe he didn't get any sleep before the shoot?
89- Hanley Ramirez
104- Reynaldo Lopez. Also, the rookie backs have split stats for the minors, which is also a nice touch. Nice to see that Lopez had a huge June 2016, with 48 strikeouts and a 1.56 ERA. Hopefully he'll bring that to the South Side of Chicago.

Pack 2-
125- Manny Machado
92- Mark Trumbo
Masterpiece Insert of Albert Pujols, which is pretty cool, and comes one per 7 packs, so...this is my Masterpiece insert for the box, I guess. Not too bad, though.
11- Adam Jones. ORIOLES HOT PACK!

Pack 3-
43- Matt Carpenter. A shame that a Cardinal is responsible for one of the cooler cards in this set that I've seen.
129- Jordan Montgomery RC. GUMBY!
Hall of Fame Gallery insert of...the great Roberto Clemente. Pretty nice pull. Design is a bit more standard than I'd have like, but it's not bad.
22- Ryon Healy. Now on the Mariners.

Pack 6-
150- Max Scherzer, 3-time Cy Young award winner.
144- J.D. Martinez, one of the most dangerous hitters in baseball. Oh, and glad Gallery managed to ACTUALLY HAVE HIM IN A D-BACKS UNIFORM. Well done, Gallery.
HOF Gallery of Craig Biggio....and it's a BLUE BORDER, #'D TO 99. HOLY CRAP. That is a pretty nice pull, even if it's not an auto or anything.
58- Daniel Murphy

Pack 4-
15- Yoan Moncada. I feel like there are a billion White Sox rookies in this set,
12- Max Kepler
Masterpieces of...Eric Hosmer, with a very creepy expression.
84- Trey Mancini

Pack 6-
17- George Springer, W.S. MVP
97- Ketel Marte
Annnnd...a REDEMPTION...for a Auto Green Parallel of...Andrew Benintendi. Not a bad pull at all, as Benintendi's looking even better than he was last season, and may be sticking around in Boston. Hopefully Topps won't screw me over with this one.
55- Jose Bautista

So, to conclude...still a flawed product, that could have used some adjustments in some departments, but...not exactly bad. I still got nice hits from it, which is good.
Posted by Jordan at 7:18 PM 4 comments:
Labels: 2017, Blaster, Gallery, Product Review, redemption, Topps 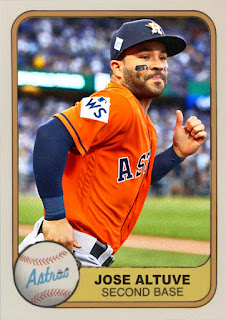 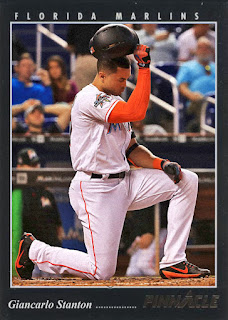 These two deserved to be the 2017 MVPs. For both, it was about damn time.
Posted by Jordan at 7:46 PM 1 comment:
Labels: Astros, Giancarlo Stanton, Jose Altuve, Marlins 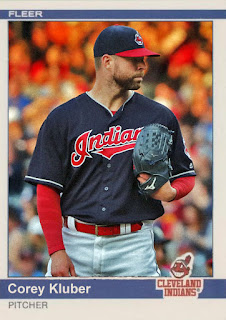 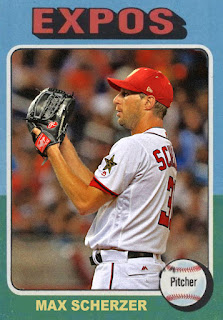 These were slightly less predictable than the Rookie of the Year picks, but...I could have guessed these. Unlike the last few years, there wasn't really one 'oh my god this guy needs to win' for these categories. Kluber deserved his, thanks to Chris Sale buckling in August, as well as doing (arguably) better work than he'd done in 2014 when he won his first one. Scherzer's THIRD (!!!) Cy Young is just proof that he's one of the best pitchers in baseball, especially considering he has as many as Clayton Kershaw now.

Tonight, we get some MVPs announced. I'm not a betting man, but if I was, I'd be putting money on Altuve and Stanton.
Posted by Jordan at 12:29 PM No comments:
Labels: Corey Kluber, Indians, Max Scherzer, Nationals

Rookies of the Year: Was There Even a Doubt Edition 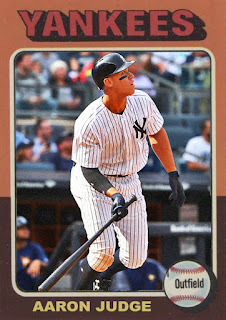 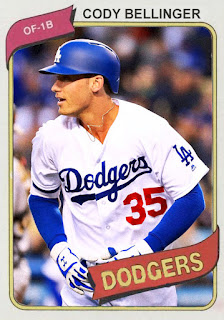 You could have called this in June.

There's no real discrepancy. No fraudulent voting. The two best rookies of 2017 won. They also happened to be among the best PLAYERS of 2017, so it made it really easy. Judge had an insane season, made a case for New York monarchy. Bellinger made it to the World Series, hit home runs off the strongest rotation in the bigs.

Both should have tons of congratulations in order. Tomorrow night, we get the managers of the year, so I won't mind if people take tomorrow night off.
Posted by Jordan at 7:18 PM No comments:
Labels: Aaron Judge, Cody Bellinger, Dodgers, Yankees 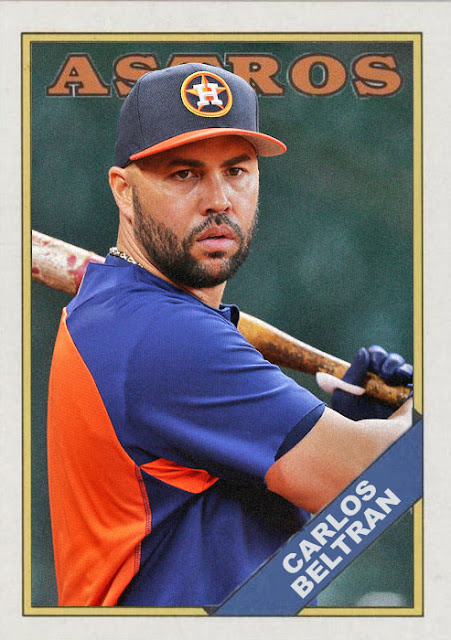 Gonna miss him 'round the leagues, but if there was any correct point for Carlos Beltran to make his exit, now might be the perfect one.
Posted by Jordan at 12:48 PM No comments:
Labels: Astros, Carlos Beltran, retired 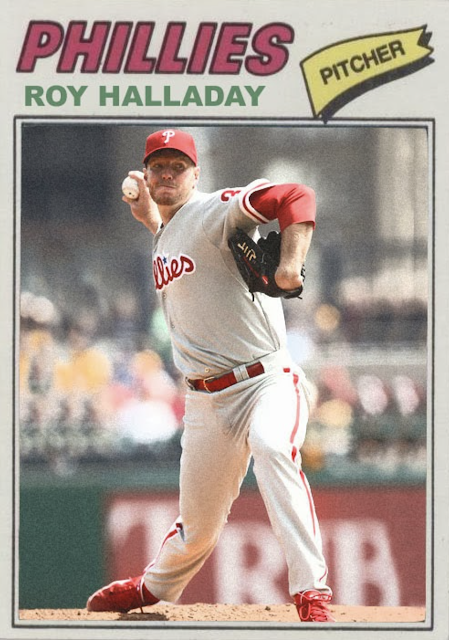 Posted by Jordan at 8:10 PM No comments:
Labels: Phillies, Roy Halladay, woe is me 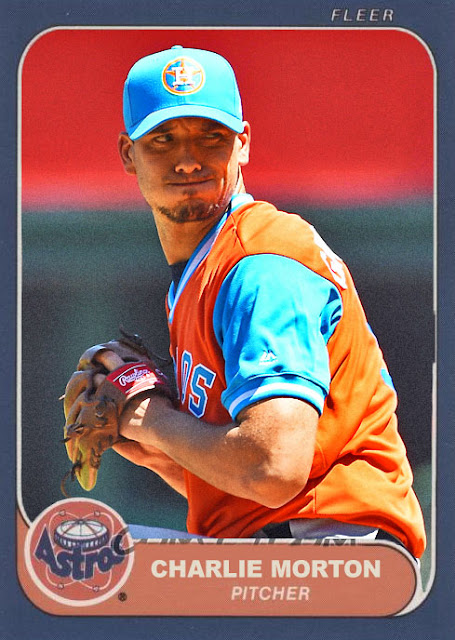 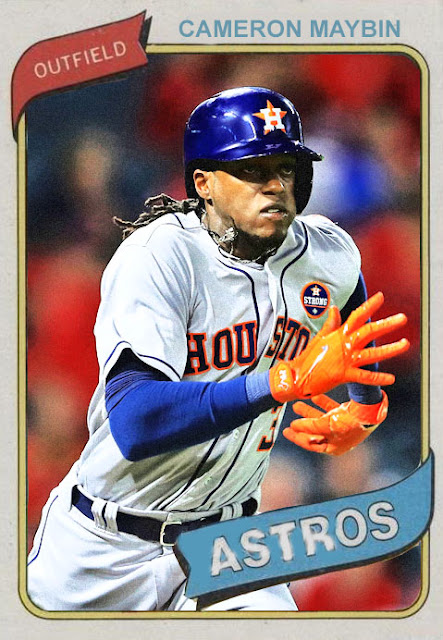 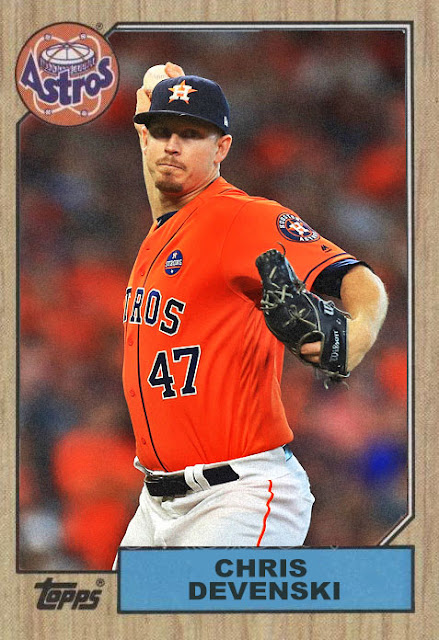 After 50+ years of existence, the Houston Astros have finally won a World Series. How crazy is that? What's even crazier is the fact that they deserved it.

Five years ago, when the Astros were the butt of every joke in the league, I never could have thought a day like this would show up. This is pretty incredible, and well-deserved for everyone on the team. Plus, now Carlos Beltran, Jose Altuve and Justin Verlander have rings to take with them to Cooperstown.

That's the end of our regular MLB coverage for the year. I'm gonna try and keep updating the blog this month with box breaks, card prompts and stuff, but it might get a smidge quieter in a bit. Just know that I'm still gonna be following the game, and preparing for Uncustomed Heroes in December.
Posted by Jordan at 1:21 AM No comments:
Labels: Astros, Cameron Maybin, Charlie Morton, Chris Devenski, Custom Cards, World Series
Newer Posts Older Posts Home
Subscribe to: Posts (Atom)