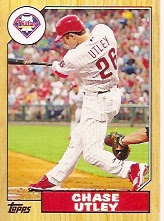 This is very off-topic for a trade post, but I was in Atlanta last week and had one of the more unusual ballpark items I've encountered, a dish called 'Totchos', which is basically just tater tots topped with everything you put over nachos. Not especially a gastronomically-friendly food, but...good for the moment.

I don't trade often because I have social anxiety about talking to people and sending them things and potentially doing the wrong thing, but I'm trying to get out of my comfort zone. It's the kind of thing where somebody says 'hey, here's some free cards, send me something for it', it's easy, because I don't have to make the effort to talk to the person or do any work I'm fearing. Thorzul does this every October, and I used to do his a lot before I got a yearly Hobby Box of Update of my own.

...This year, Chris of Nachos Grande decided to do a little giveaway of stuff he'd been sitting on for too long, and some of it appealed to me. He said 'claim anything you want', and so I did. I mean, a lot for me isn't a lot for some other people, but I know it's all relative. It's all good.

In exchange for a package that decimated a ton of his needs, he sent me what I'd claimed, firstly including an old 2012 '87 mini of the great Chase Utley. Reminds me, I should see if I want to collect that set. 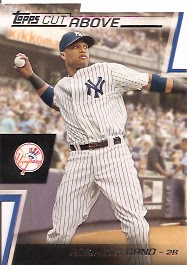 This Cano insert from around the same time-period, a die-cut one, came in the same 'lot' as the Utley. Very nice one, too. Gonna be odd seeing Cano as a Met. 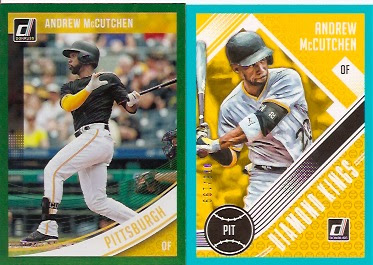 There were Cutches on display, and Cutch is still one of my favorite players, so I couldn't resist. Both came from 2018 Donruss, a fairly flawed set. The teal one on the right is numbered to 199, which is nice. 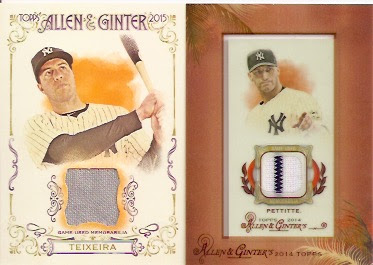 I did manage to claim some of Chris' barrage of old A&G relics. It saddens me that a lot of the relics and autographs that A&G do these days aren't framed, like the Teixeira, but that doesn't make getting a Tex relic any less cool. The Pettitte one is very nice, with a solid little pinstripe going right down the middle. 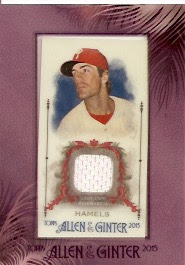 This one was kinda nice though. A solid little relic of Cole Hamels in his last year in Philly. Even if it's a white swatch, it's still a nice get.

After what I'd claimed, Chris managed to throw in a few things 'from a friend', to see if I'd like them. And let's just say he definitely succeeded. 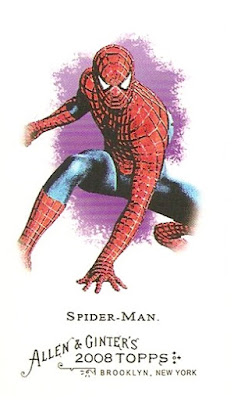 I'd actually seen these customs on a few blogs before, and it is actually pretty cool to finally be able to own some. These are from the Munnatawket's World Champions set, which is an A&G '08 mini set, but...far more expansive, judging by Peter Parker over here. 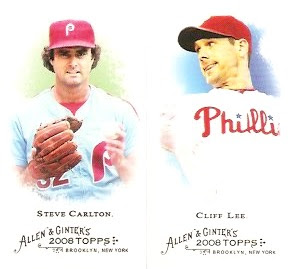 These two also helped a great deal. Great shot of Carlton on there, too. The Lee is great because it improves upon his '08 A&G mini as a Tribe member. 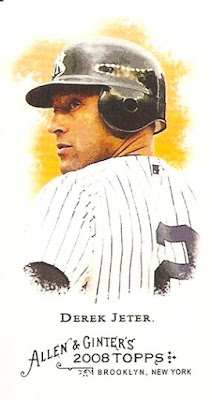 And, of course, we've got to end on Jeter. Especially in a shot as awesome as that. That looks pretty professional, too.

Thanks again for these awesome cards, Chris! Nothing like a cool little giveaway trade to wade me back into the waters of blog trading..
Posted by Jordan at 7:50 PM
Labels: Nachos Grande, trade