The Bruce is Loose 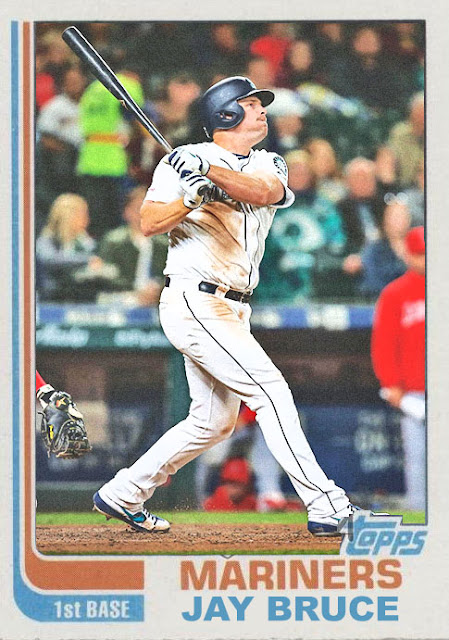 So I guess this is how the Mariners rebound from losing Nelson Cruz. Instead of having one single-dimensional power-hitter, they get two more- Jay Bruce and Edwin Encarnacion.

Not that...Jay Bruce didn't used to have multi-dimensions. He used to hit more for contact than for power, and he used to be a better defender, but you don't get to choose what happens to you when you get older. The only thing Jay Bruce can do for Seattle right now is hit home runs...which he has been doing. Granted, he hasn't been doing much else, he's got a low average, and he's losing playing time to Dan Vogelbach, who DOES hit for average. I wish he was a bit more well-rounded right now, but...the M's thankfully have other options.

Oh boy...do they have other options.

Look, for a team that pundits feared wouldn't have an identity without Cruz and Cano, the Mariners are off to a pretty nice start. And yes, I am aware that they lost six straight immediately after winning six straight. In the business, that is called balance.

What's working for this team are the outcasts, the unknowns, the stowaways. Dan Vogelbach was a bench player for a year before finally blossoming into a lineup piece with a killer bat. Domingo Santana and Mallex Smith were fighting for playing time last year, and now they've earned lineup spots. Tim Beckham's having his single best year yet, even considering his amazing second half in 2017. Omar Narvaez might be the first catching option in Seattle to NOT suck since roughly Dan Wilson. And Mitch Haniger and Marco Gonzales are still the statistical captains of their respective sectors. It's a clean team all round, even if there are one or two flawed pieces, like Yusei Kikuchi's ERA and Ryon Healy's average.

Granted, the Astros might be the better team for the long run of the season, and it may be a matter of time before they claim 1st place, but...the M's still have a lot more than anyone credited them for at the beginning of the year, and they might make a run at the playoffs now that the Angels and A's have been semi-compromised.

And look...after getting screwed out of playoff competition for so many years, a scrappy little underdog team like this deserves to break the Mariners' playoff drought. I just hope it happens.