Does This Mean the White Sox are Ready? 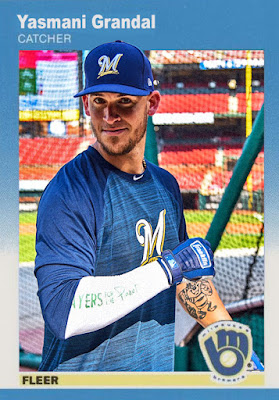 So, as of right now, this is what the White Sox would be working with in 2020:

That is pretty damn sharp.

In 2019, the White Sox were a team that were on the cusp of making a name for themselves, and nearly broke through the rest of the AL Central. They had pieces for most of this year, but not all of them could connect at the same time, which hurt their overall performance. But if the entire core of the lineup, including Anderson, Moncada, Jimenez, Abreu and NOW GRANDAL will be able to excel at the same time? That could be dangerous.

And regardless, 2020 could be a shifting year for the AL Central. The Indians look to be on the downslope, letting a few charter members of the 2016 squad go in the offseason. The Tigers will TRY to be on the upslope, but they'll have to figure out which farm prospects they bring up, and when.

But now the biggest figure in this picture is the White Sox. Because now they have an upgrade at catcher, a guy who can bring out the best in his teammates, as well as rejuvenated years for Abreu, Anderson and Sanchez just lapsing. If there's any time for this team to make a leap to the mainstream, it would be 2020.

Only issue is...this is still the White Sox. There are a few structural issues, and holes at DH and an outfield position. There's also the case of banking on several young arms in 2020, most specifically Dylan Cease and Michael Kopech. Kopech will be back after missing all of 2019 with an injury, but will he be the sure-thing that he seemed like in 2018? Will Cease's numbers click to great like Giolito's did this year? Will Reynaldo Lopez and Carlos Rodon have solid years as well?

I'm not saying it's a sure thing. Remember, we all thought the White Sox would grab Machado last year and waltz to the end with him, but that didn't happen. But...with a very different AL Central climate in 2020, it's a good estimation, I think that they'll be bigger than they've been recently.
Posted by Jordan at 11:20 AM