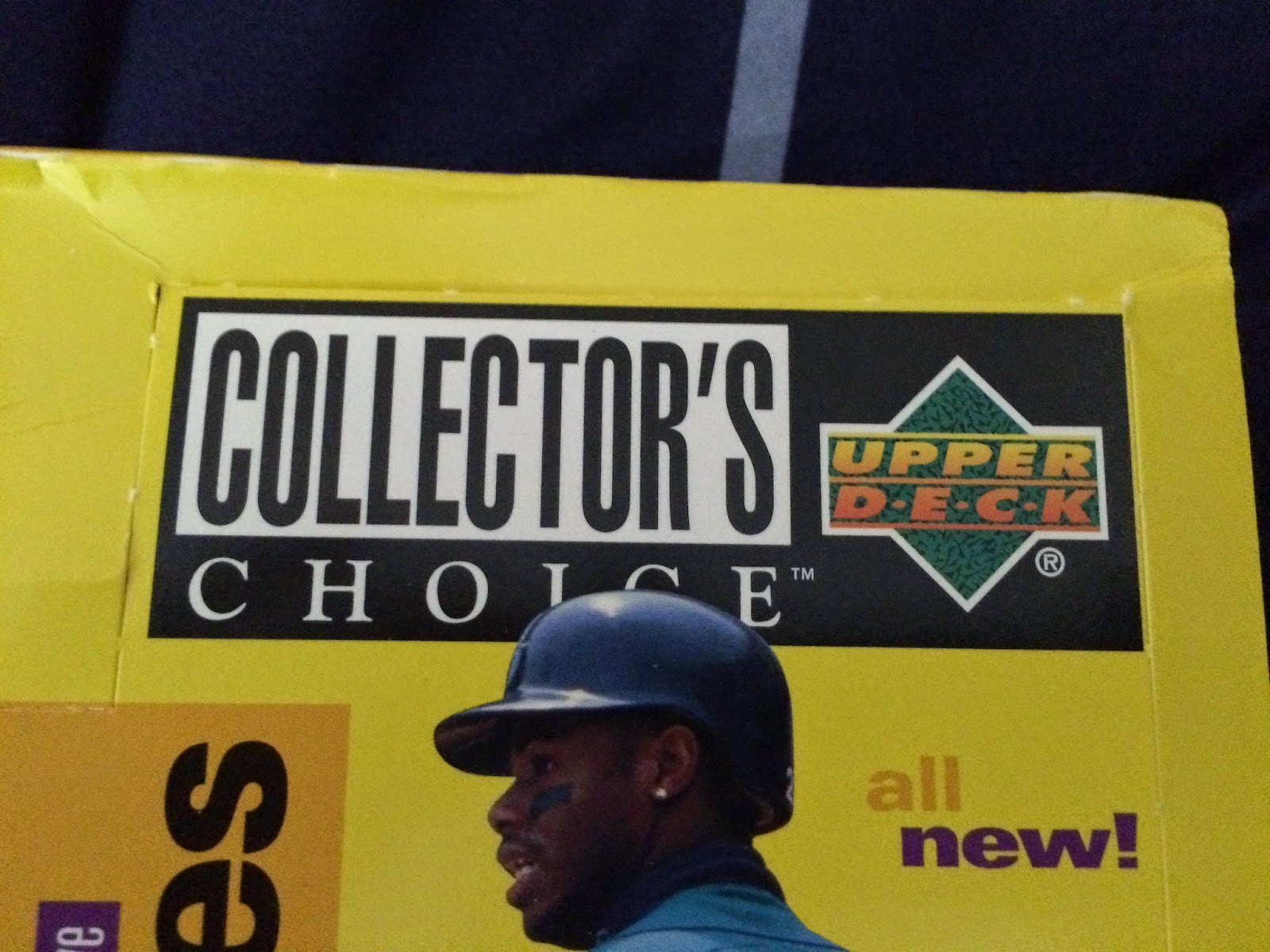 I AM STILL ALIVE!

I just had a busy-ass week, and couldn't post on the blog at all. Besides, not a whole lot's been going on in the baseball card world, especially my end of it.

But who cares. We've got a month-old box break to finish. I'll tackle the last nine packs of this box tonight. Hopefully they'll be as fun as the first twenty-seven. 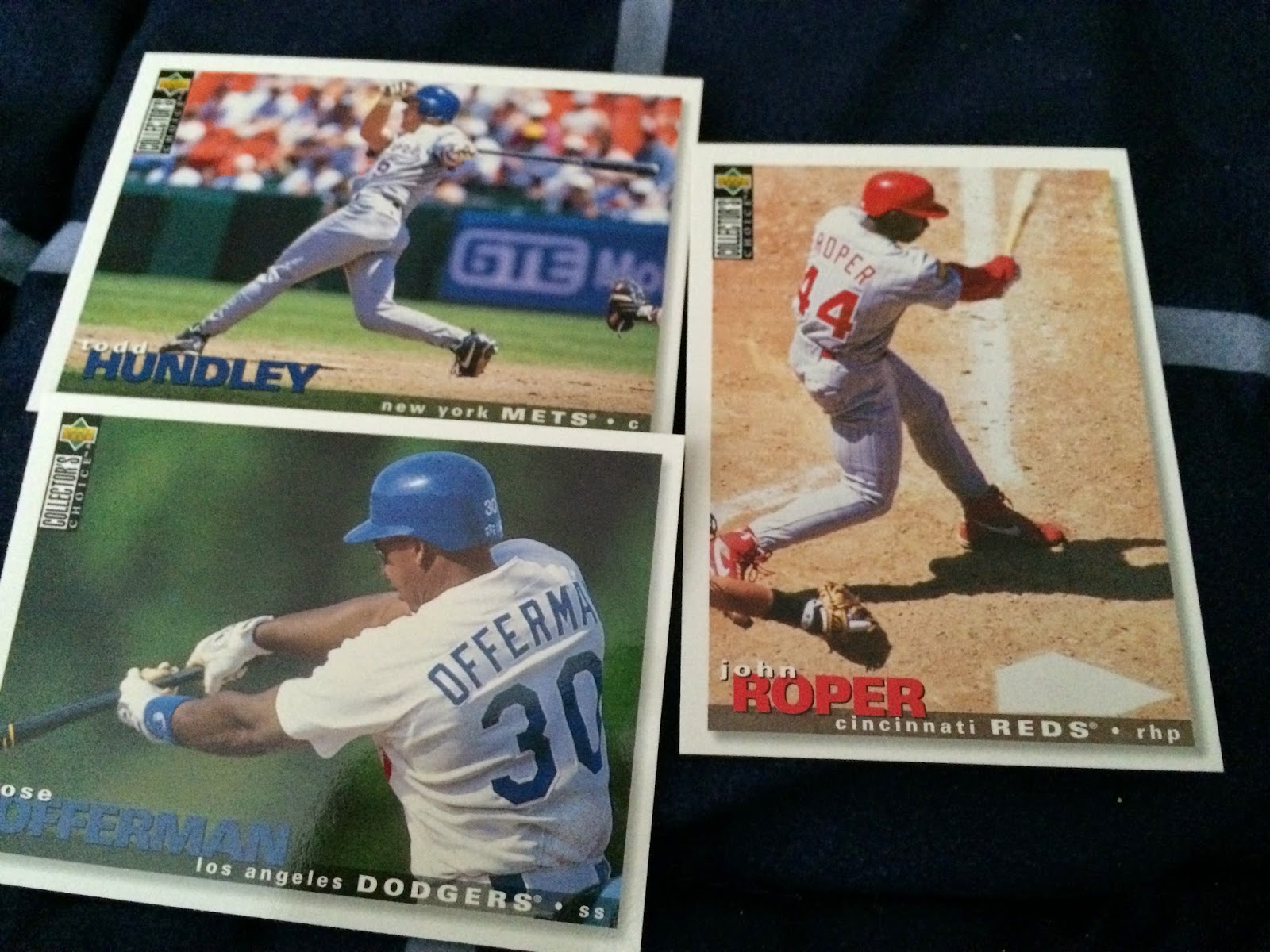 Pack 28- Three very nice pieces of photography. i like Roper's the best, showing a great angle on a swing. 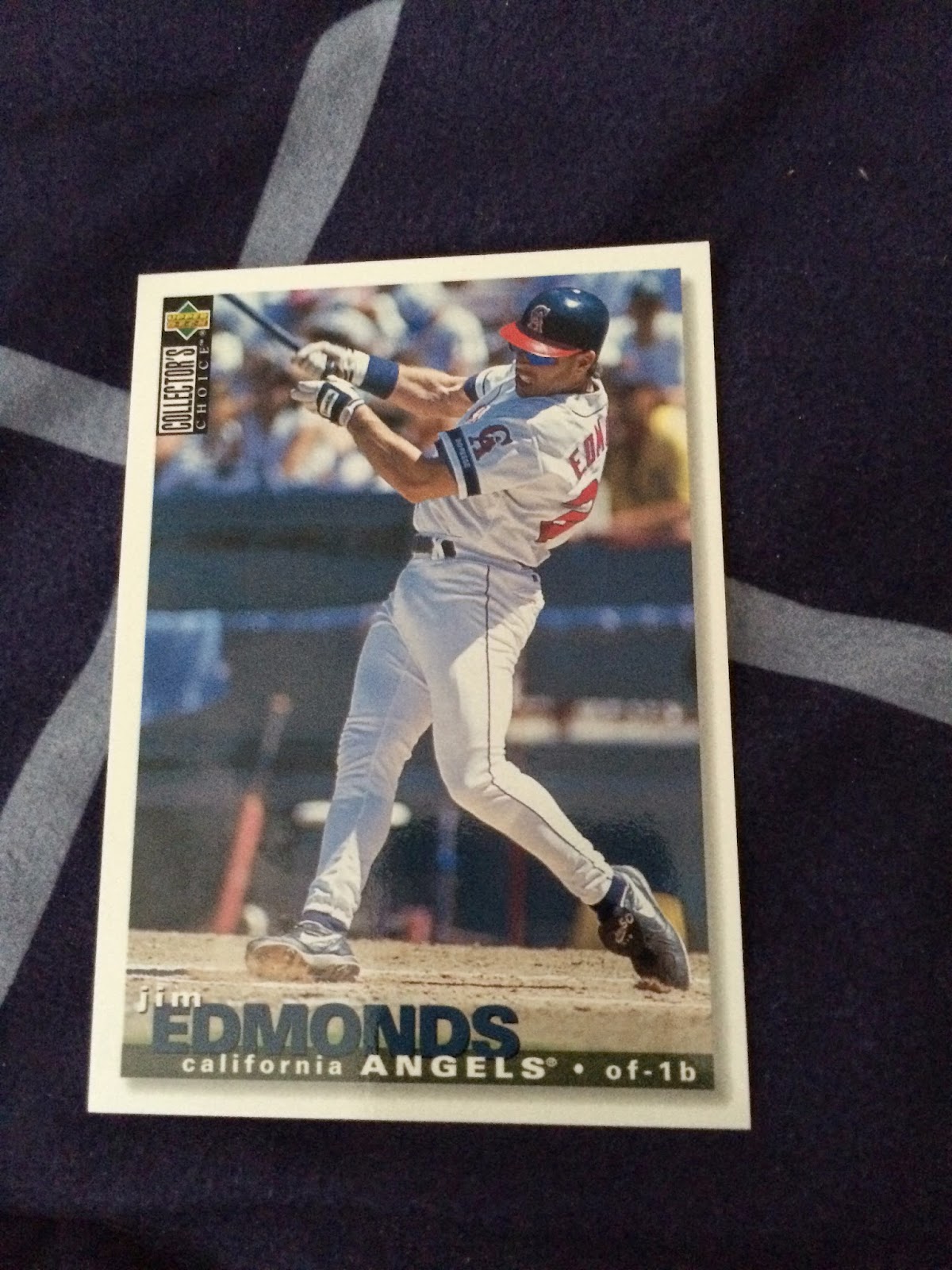 The only thing resembling a star card in this pack. Edmonds, while nowhere near a Hall of Famer, is still a great player, and is still a valued part of my binders. 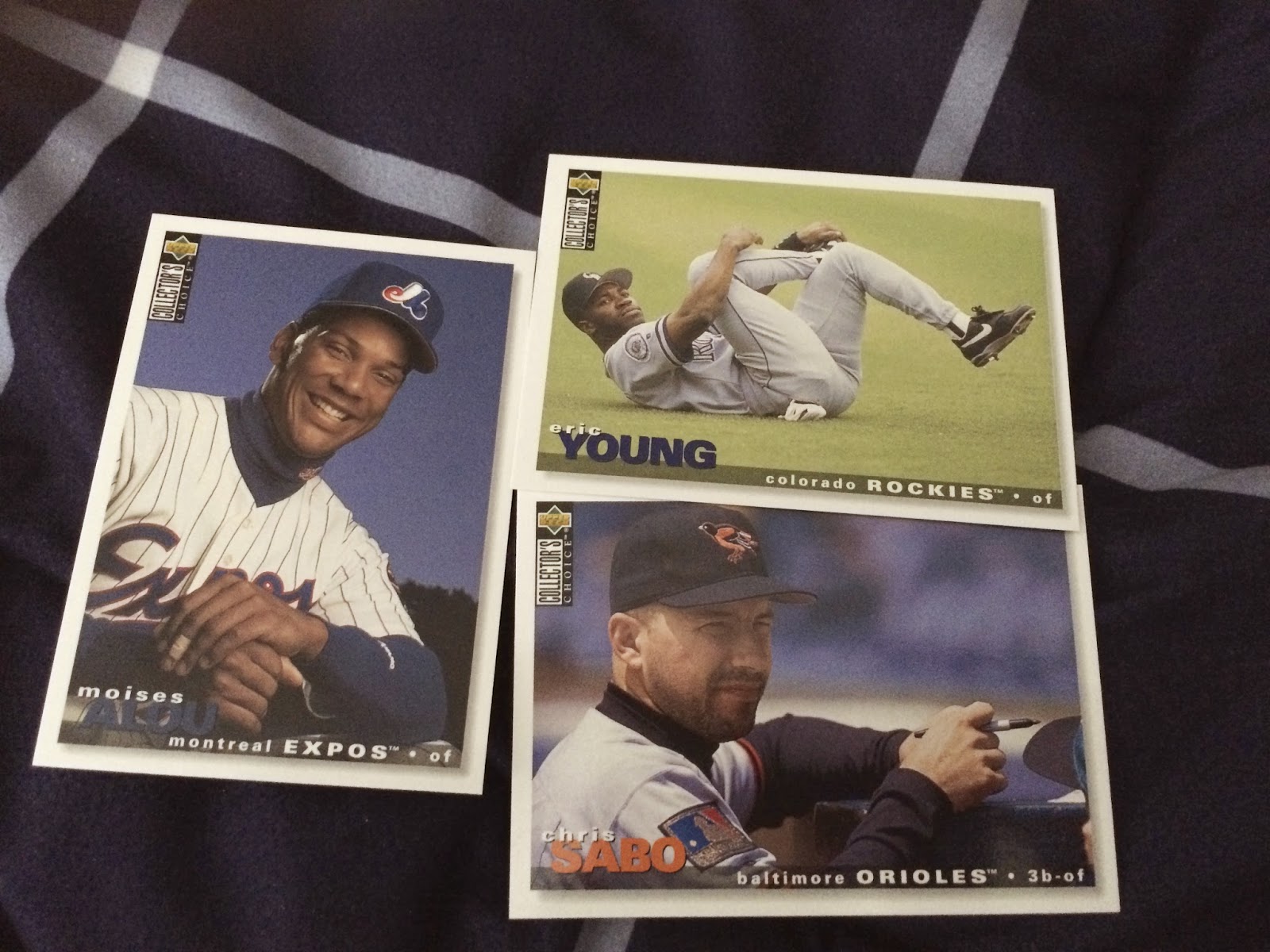 Pack 29- Nothing too special about this pack. I just threw out some great shots. Chris Sabo is pictures without his trademark goggles, which makes him look like Tom Hanks. As a bonus, we also have Eric Young stretching. 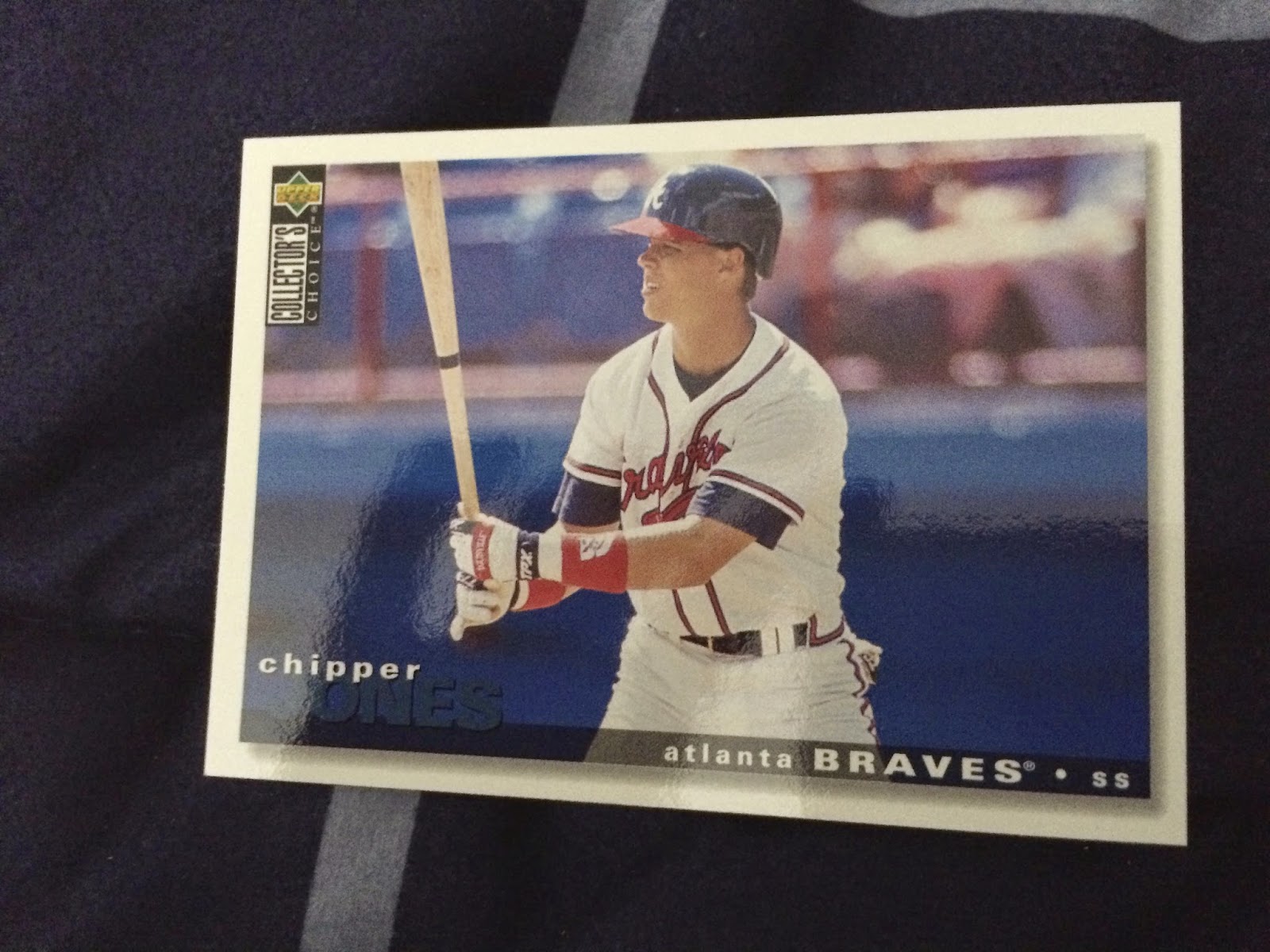 Pack 30- I shit you not, there was only one notable base card in this pack. Thank God it was Chipper Jones, or else it would have been a pretty wasteful pack. Good to see Future-Hall-of-Famer Chipper in his earlier days. Heck, it even labels him as a shortstop back here. 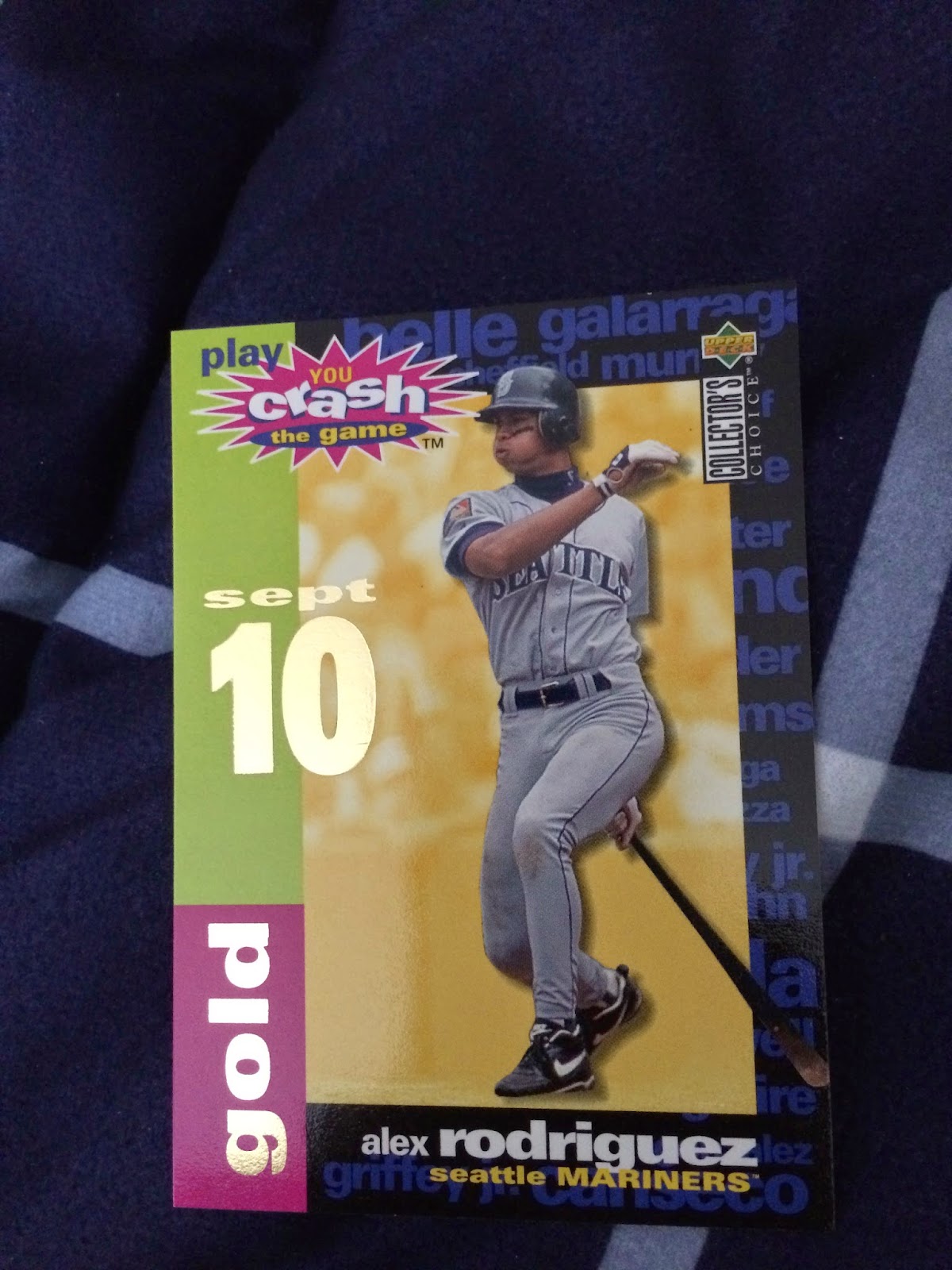 Thankfully there was an insert in this pack, although unfortunately it's of Alex Rodriguez. So, as per usual, we get to find out if A-Rod hit a home run on September 10th, 1995.

He didn't. Hell, he wasn't even in the lineup that game. So...tough luck. 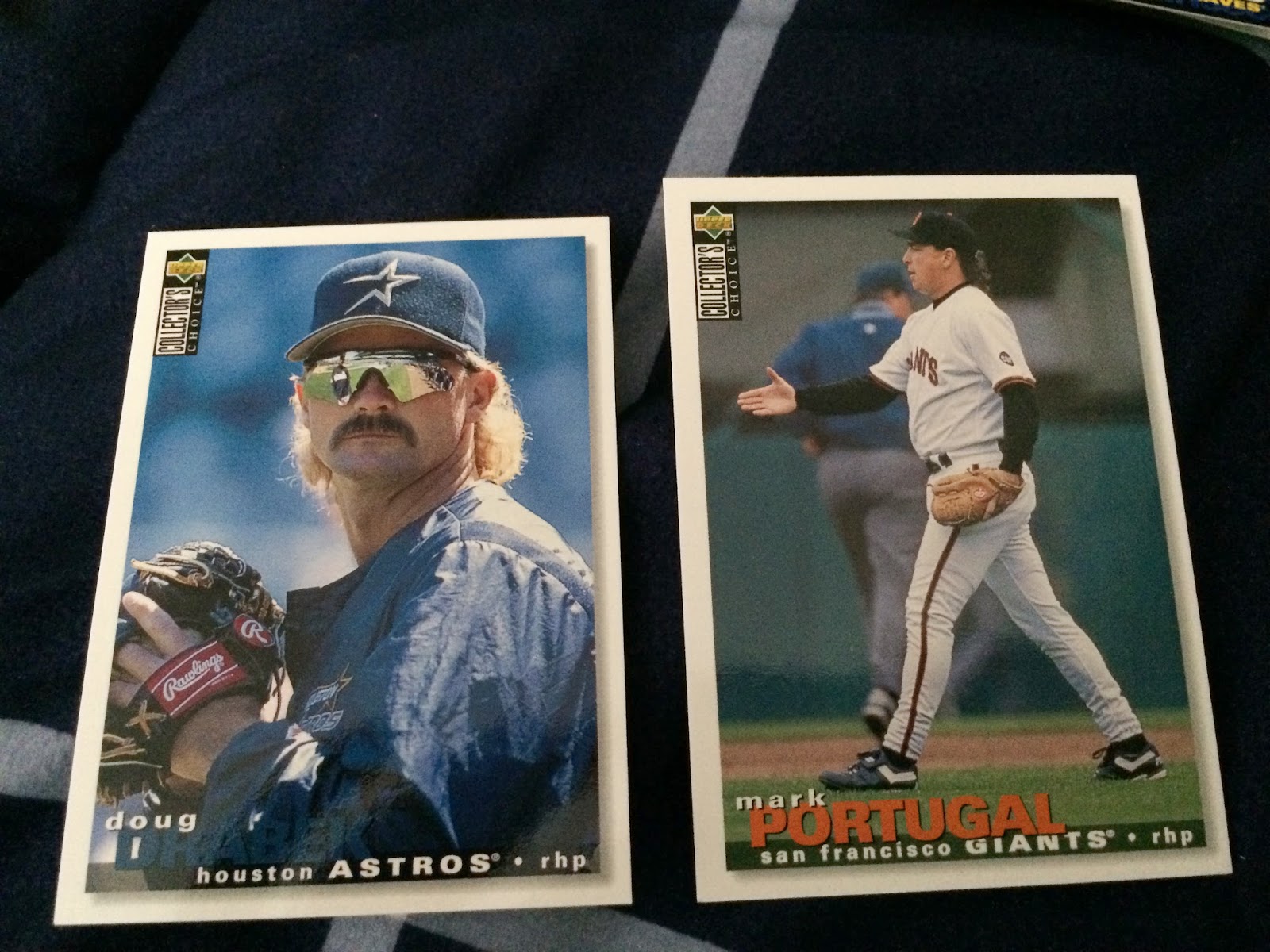 Pack 31- Two really good photos. I appreciate how awesome they make Doug Drabek look here, as they make a generally-geeky-looking player into a badass. Those shades are great, too. Meanwhile, Mark Portugal looks to be reaching for a handshake.

(Sidenote- both pictured players have mullets. I believe we have found something not-awesome about the 90's.) 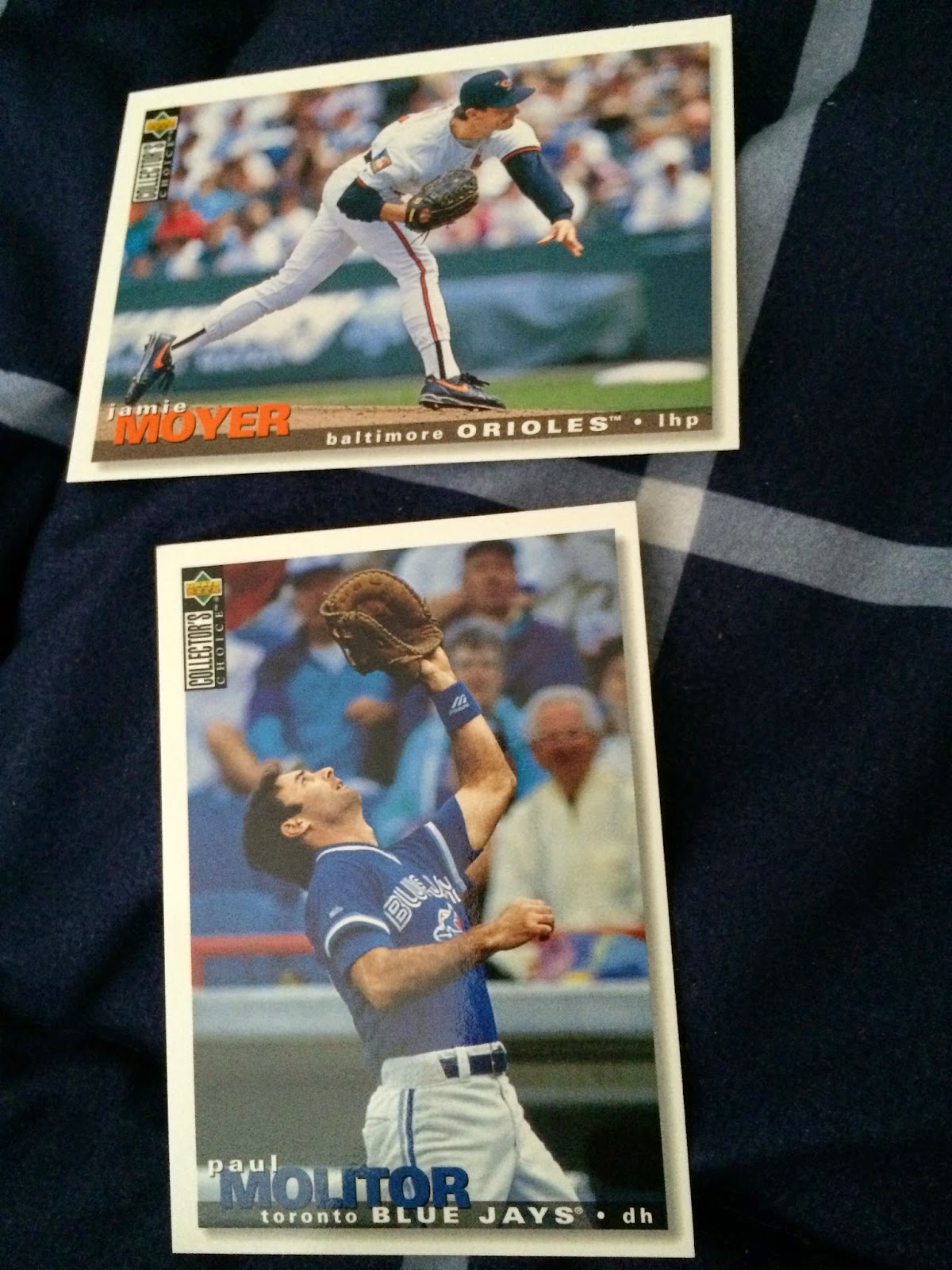 Pack 32- Two players for the binder. One of them is likely not a Hall of Famer, and that would be Jamie Moyer. Still, glad I got to see him play for my team. The other one is the current Twins manager, Paul Molitor. Great shot of him, too. 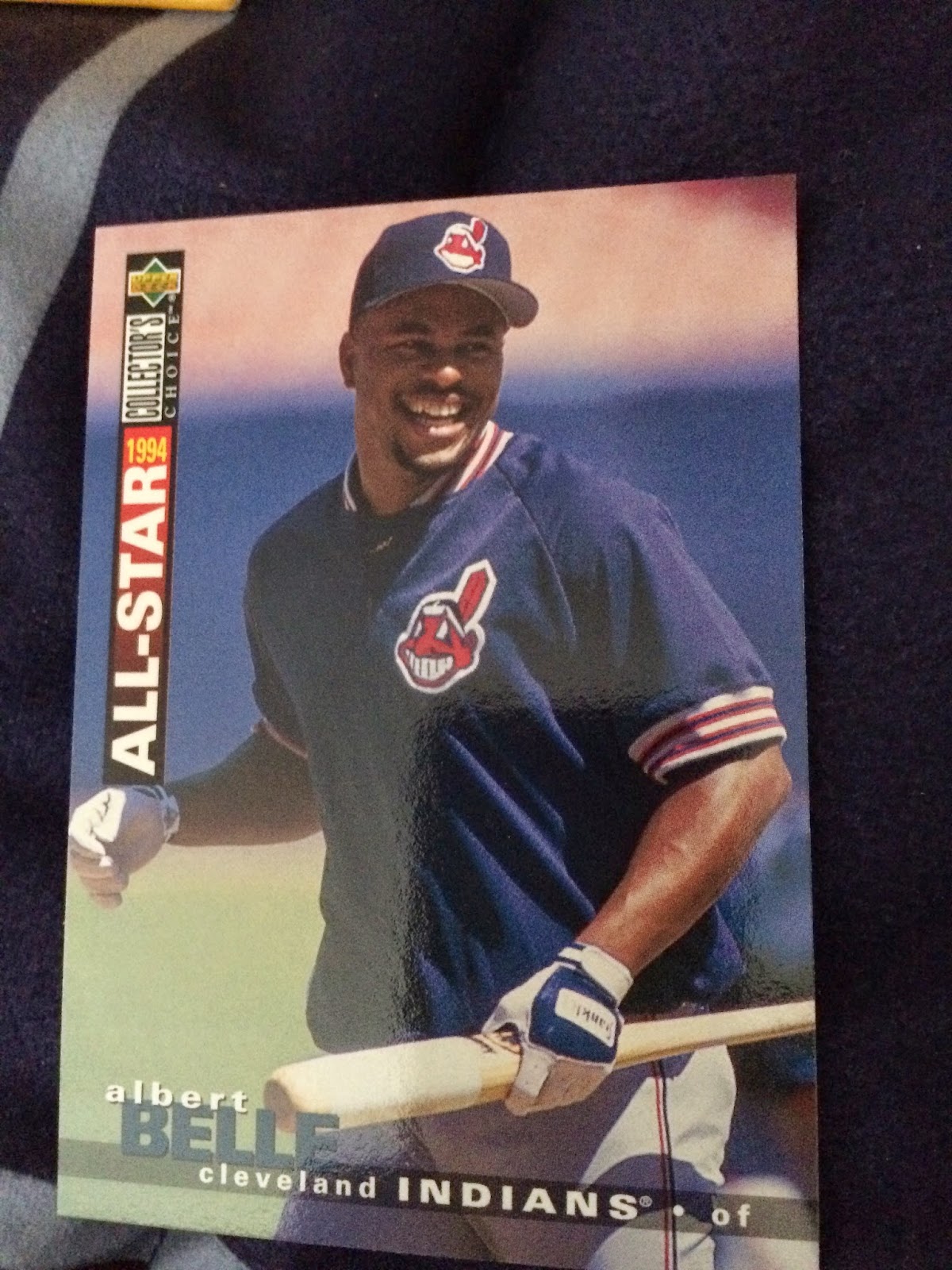 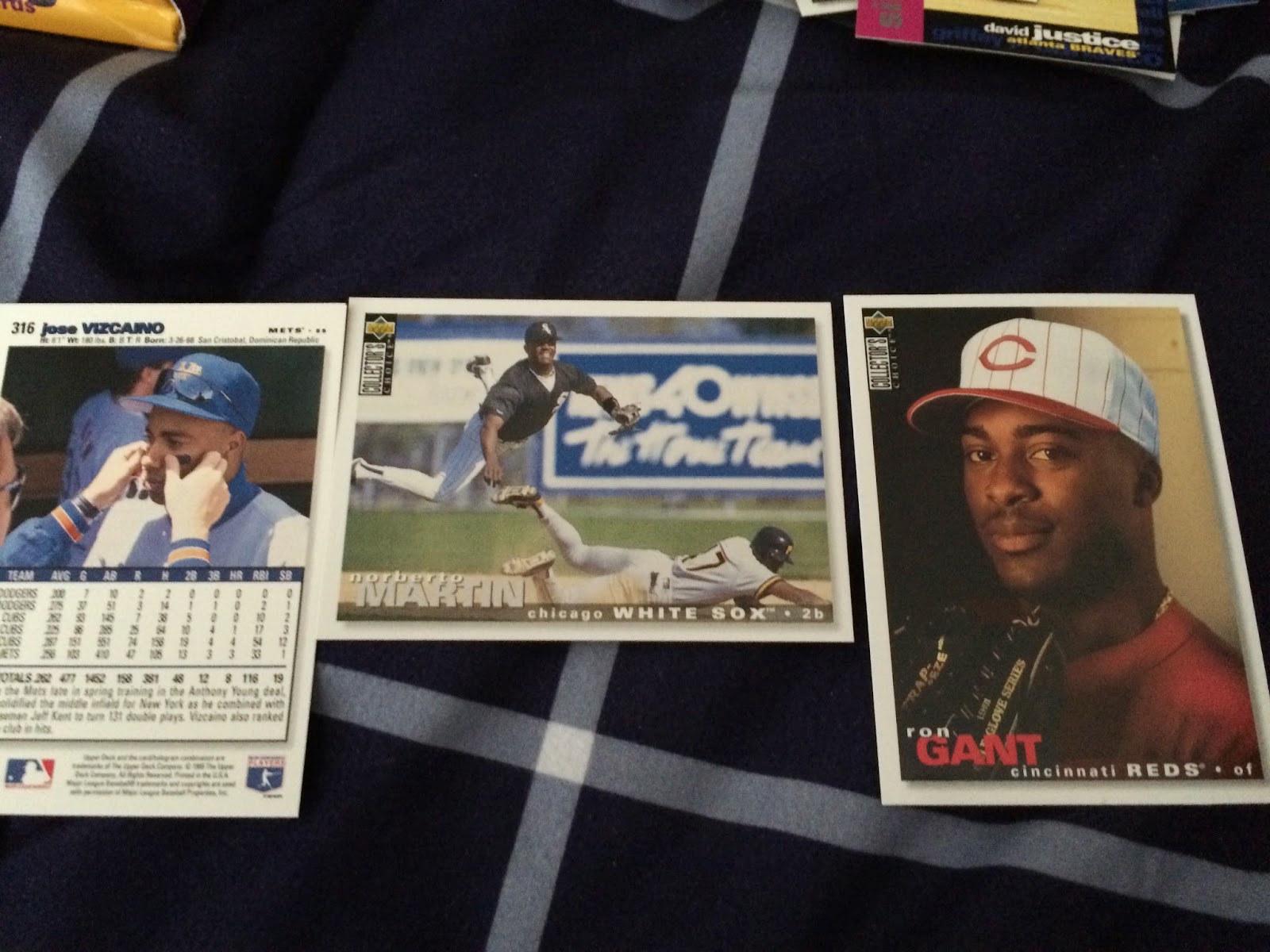 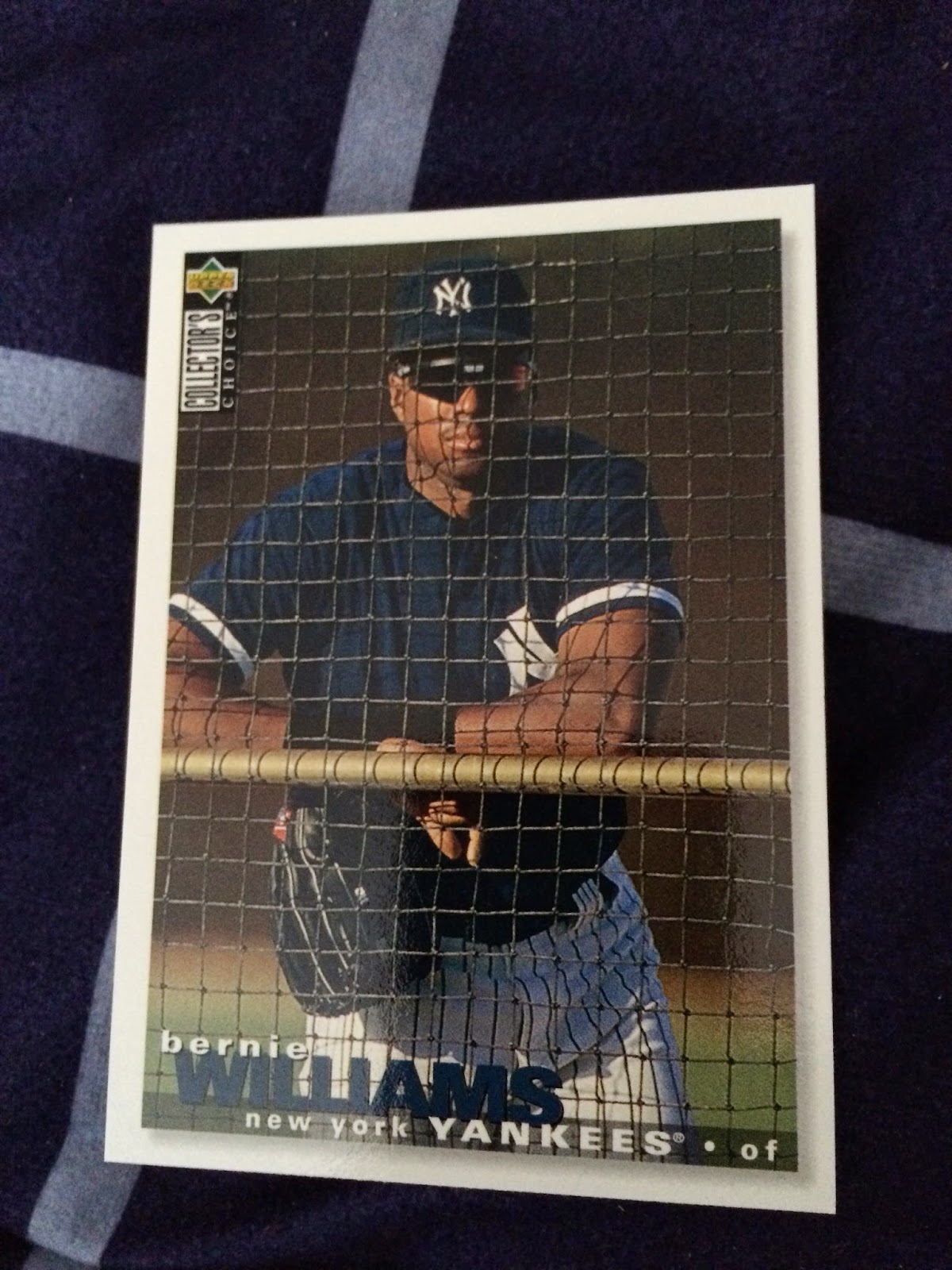 This is a really cool shot of Bernie Williams. Just the contrast of his facial expression paired with the fence. Really good stuff by Upper Deck. 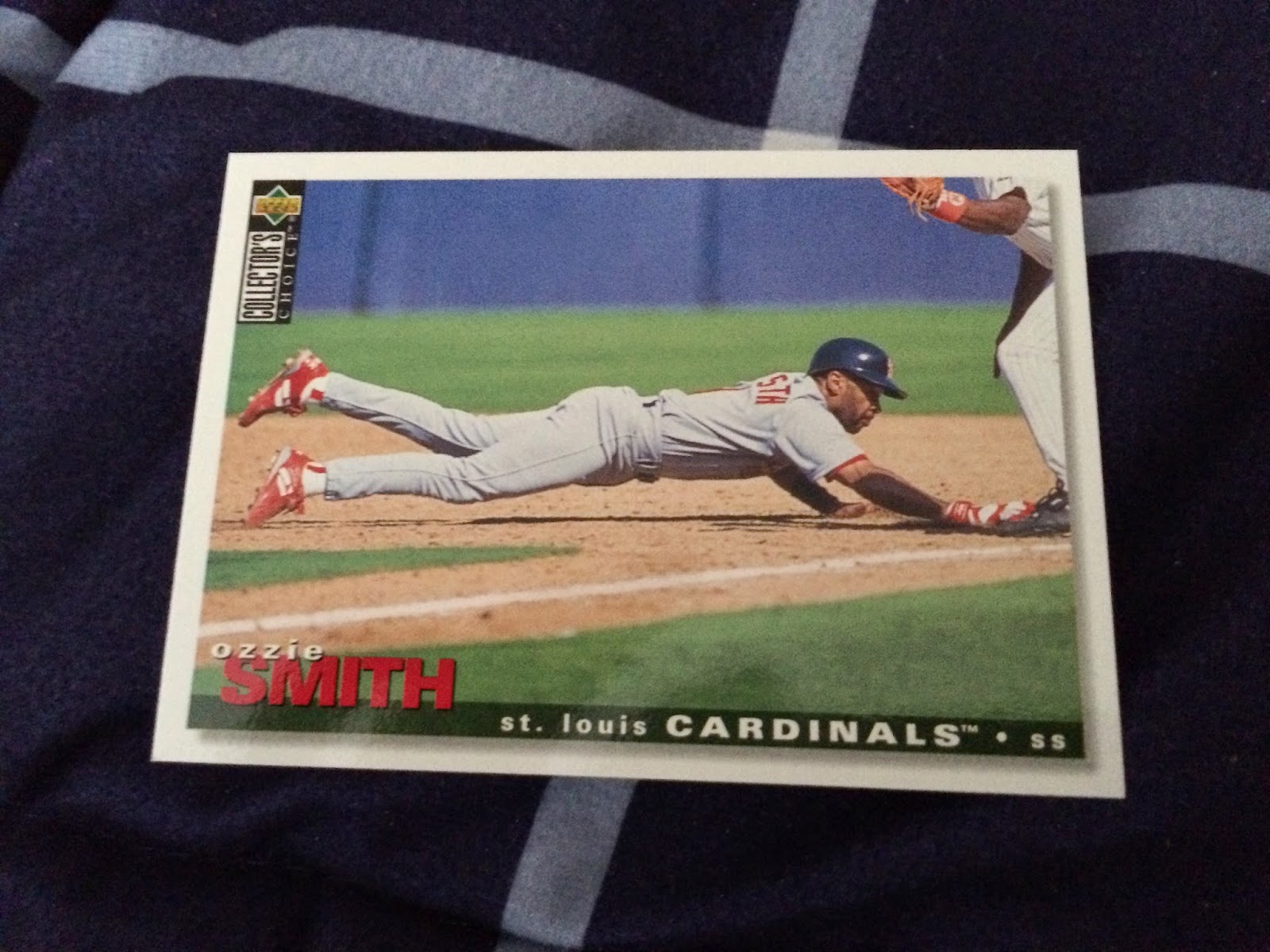 Thankfully, we end this pack with a card of a legendary Cardinal, Ozzie Smith. Great shot of him too, still a force on the base paths two years before retirement. 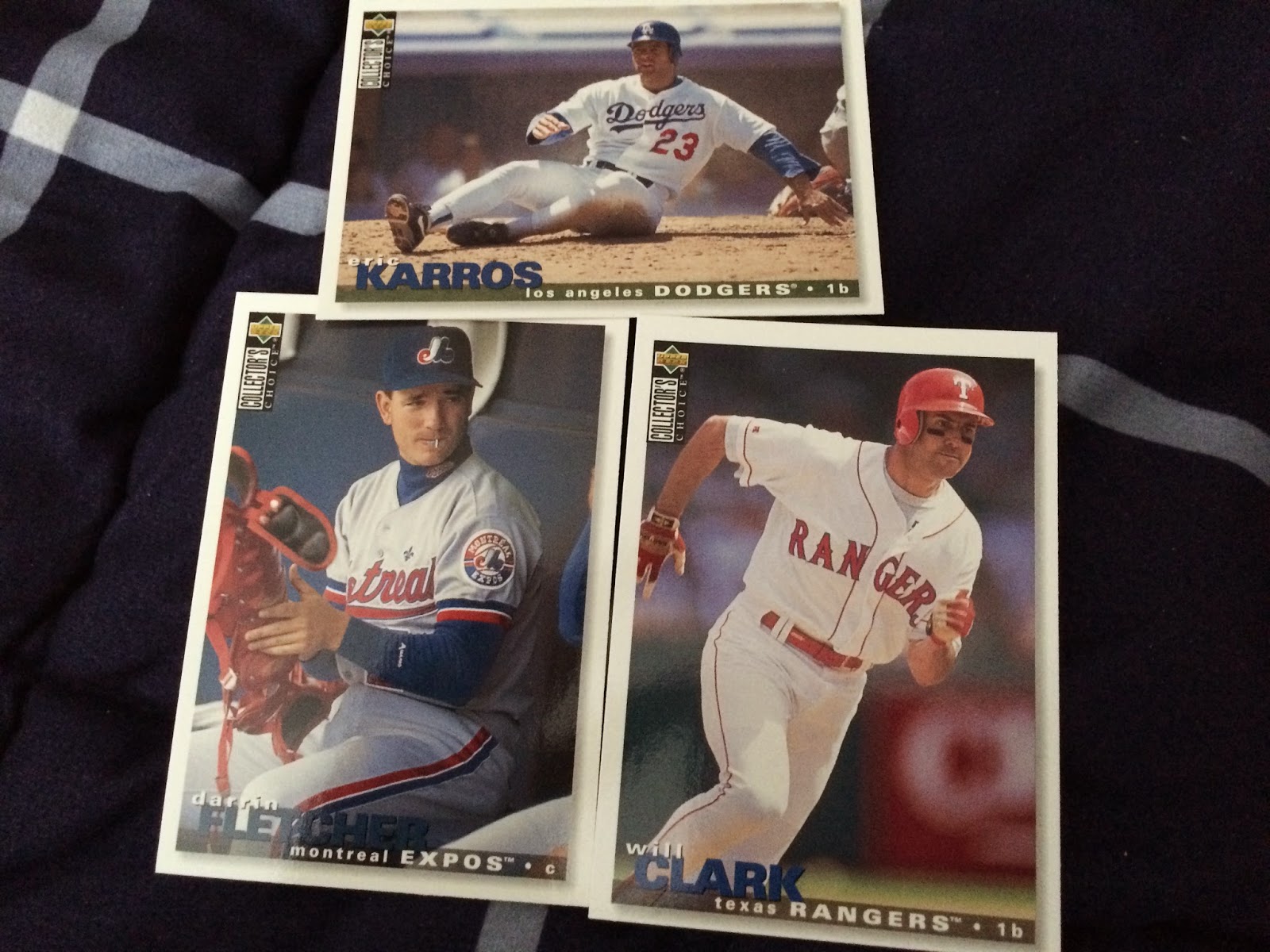 Pack 24- Some really nice cards, including Eric Karros sliding, Darrin Fletcher smoking(?), and Will Clark running and ruining his career. 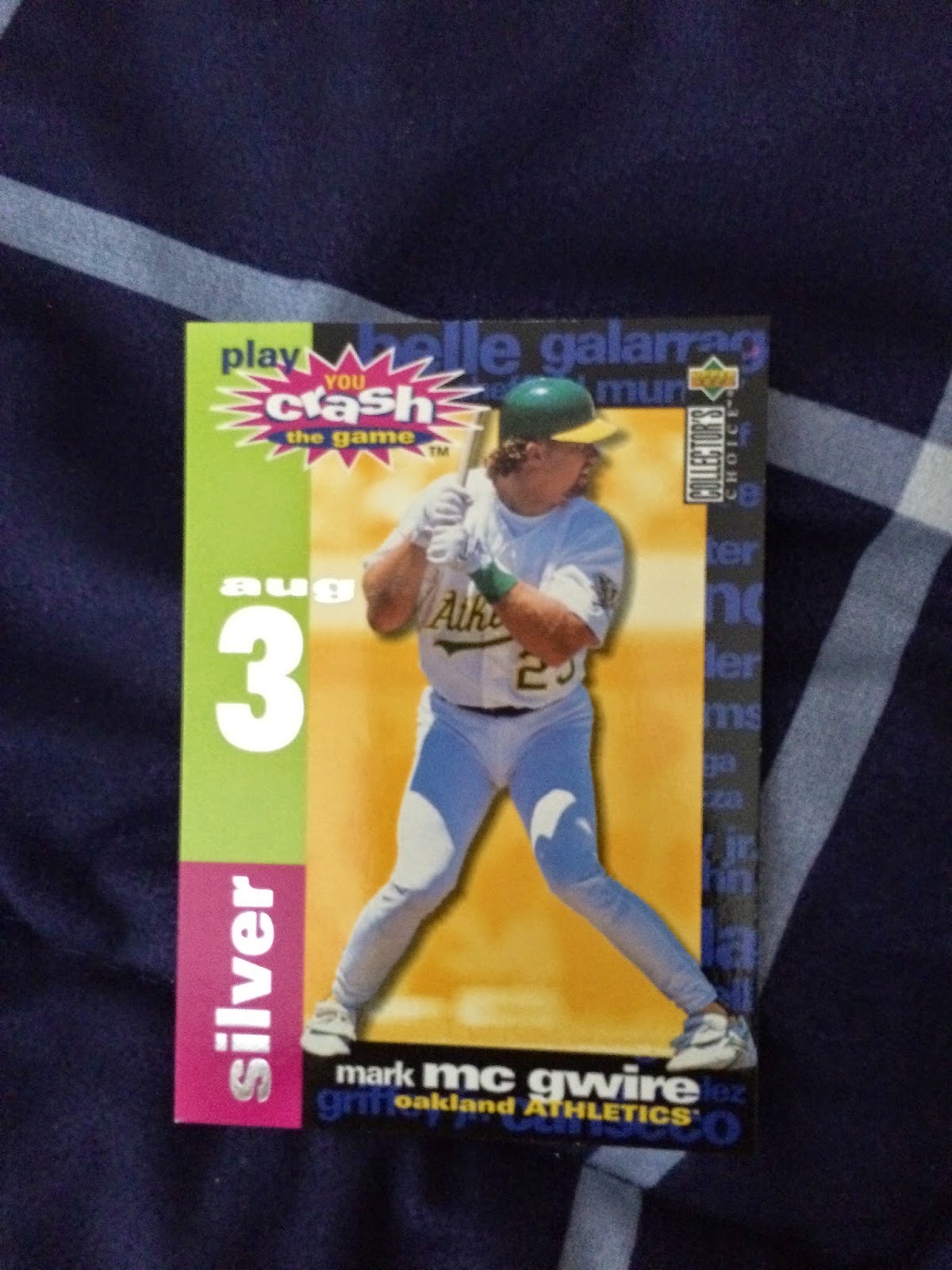 Our You Crash the Game insert is of ANOTHER steroid abuser, Mark McGwire. So, did he hit a homer on August 3rd, 1995? Nope. They still won though. 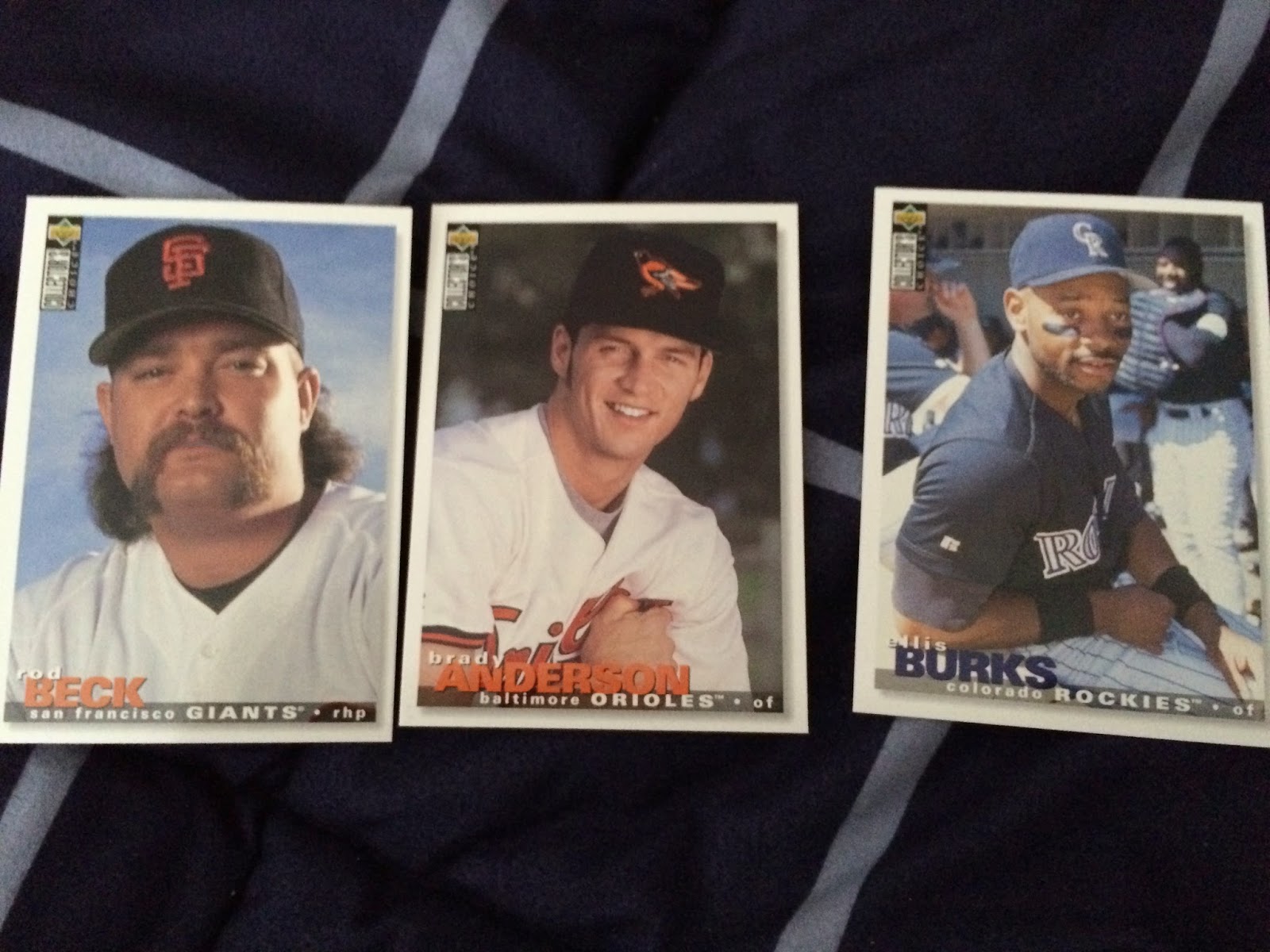 Pack 35- A trio of great faces, including Rod Beck doing his best impression of Rupert from Survivor, Brady Anderson looking like the villain from a late 90's action movie, and Ellis Burks looking pensive in Colorado. 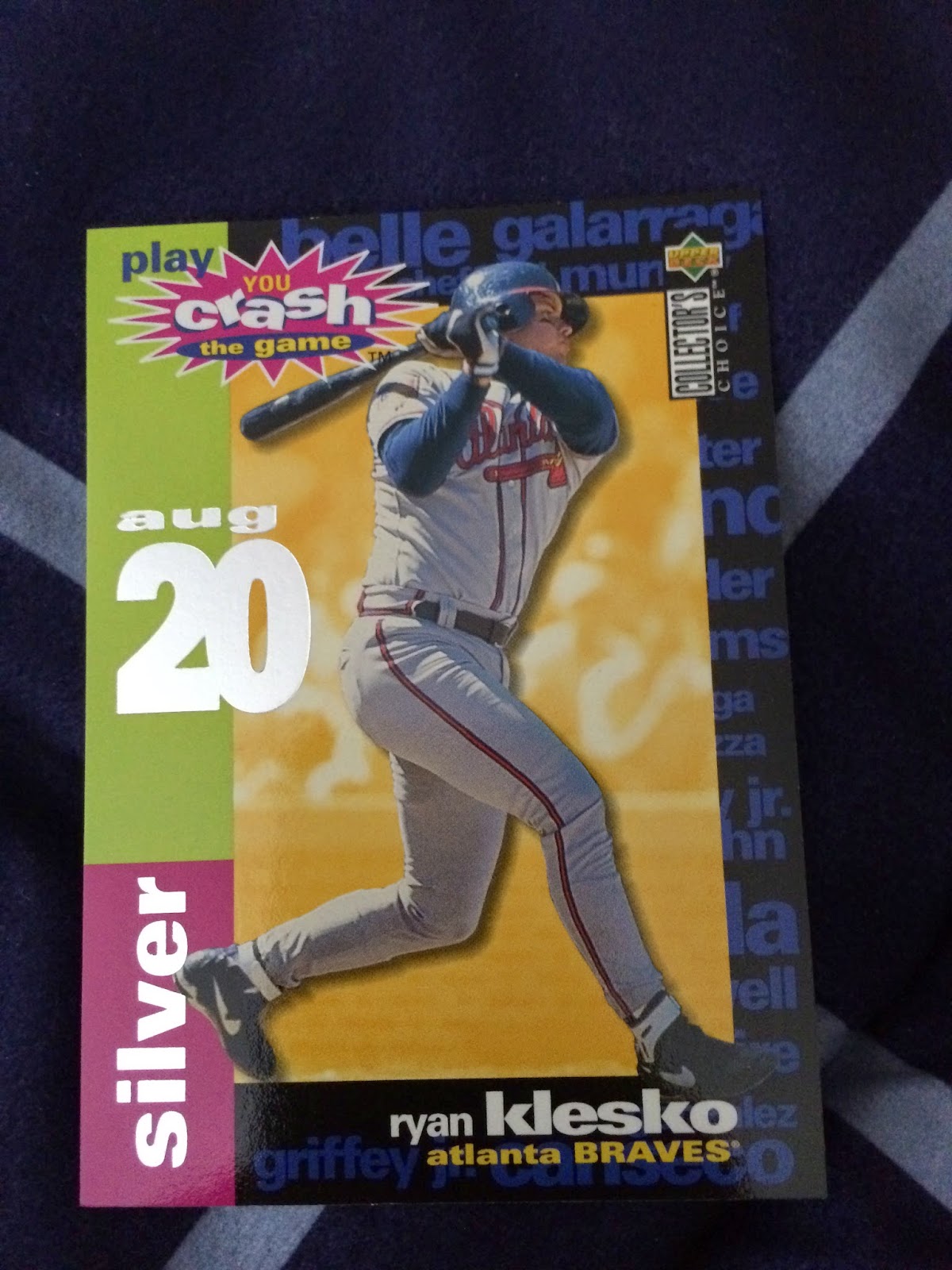 One more You Crash the Game? Right on. This one's of Ryan Klesko. How did he do on August 20th, 1995? Yeah, he didn't do anything. The Braves only won by one run, and he didn't supply it. 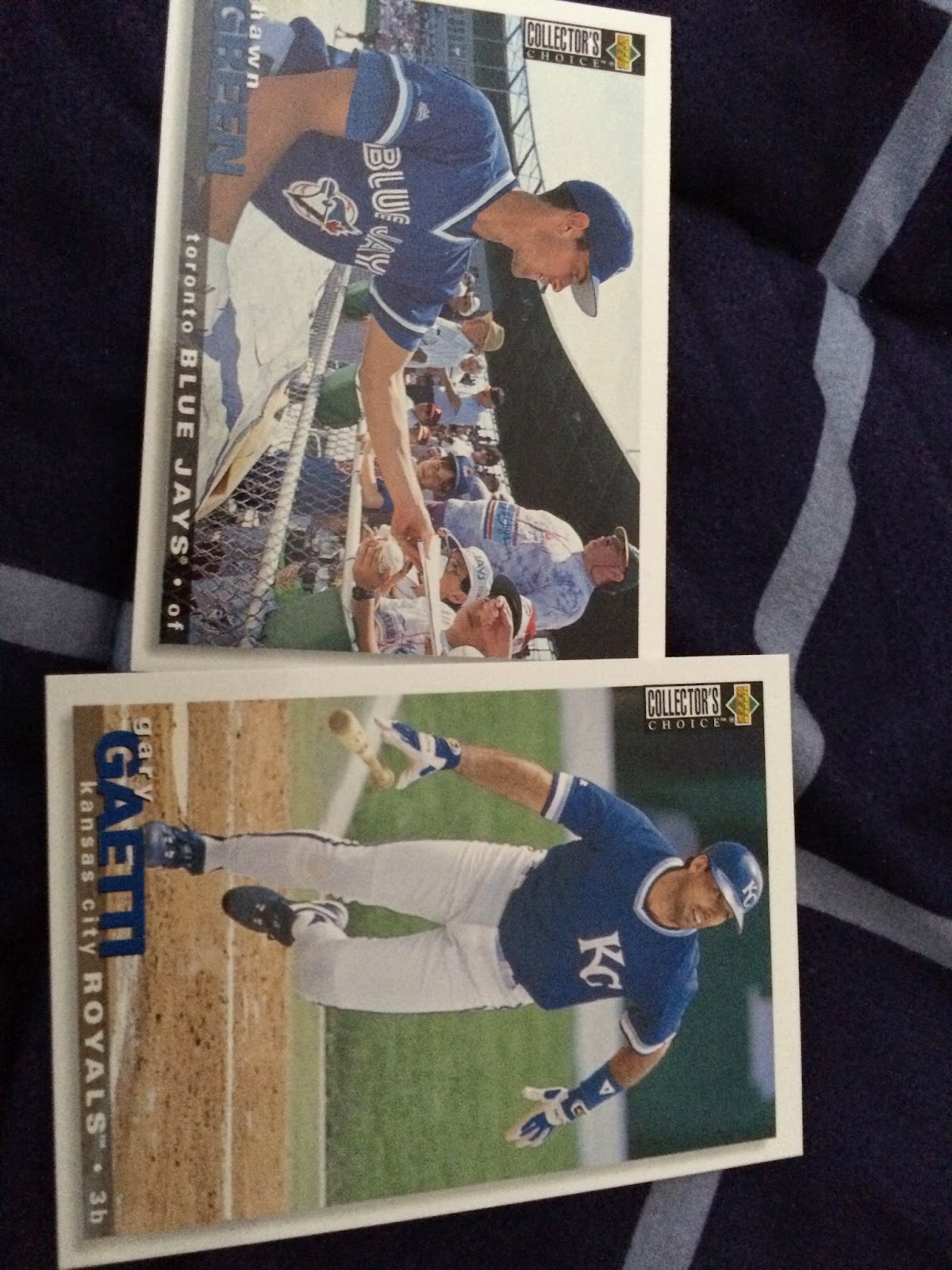 (this photo refused to rotate) 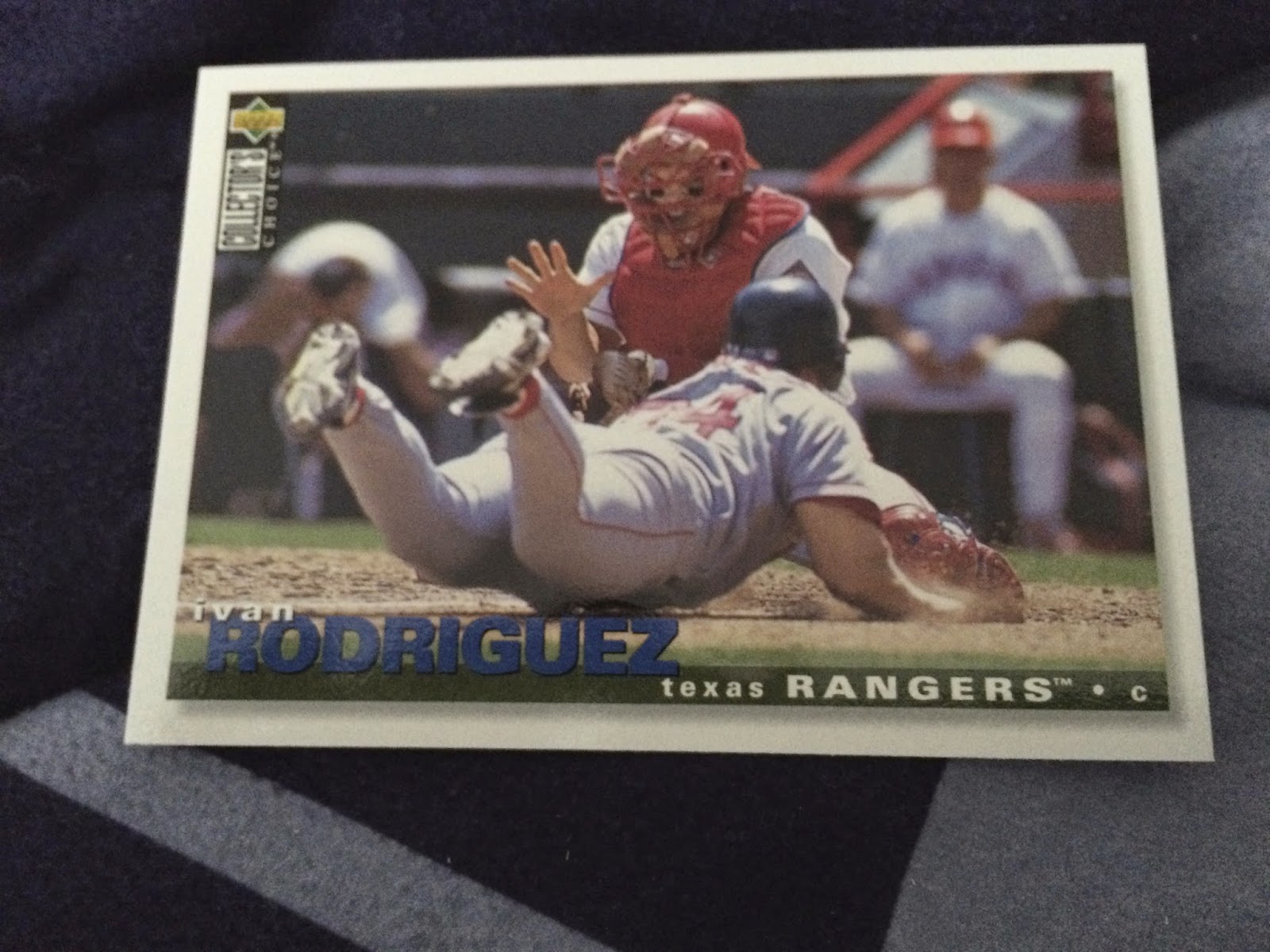 Last card of note- Ivan Rodriguez stopping a play at the plate. Cool card, great capper to a great box.

Overall, this was a very fun box to rip. Not too many doubles, great inserts, and great photography.
Posted by Jordan at 6:28 PM
Labels: 1995, Collector's Choice, Nostalgic Box Break, Upper Deck