Super Bowl 50: Notes from the Inside 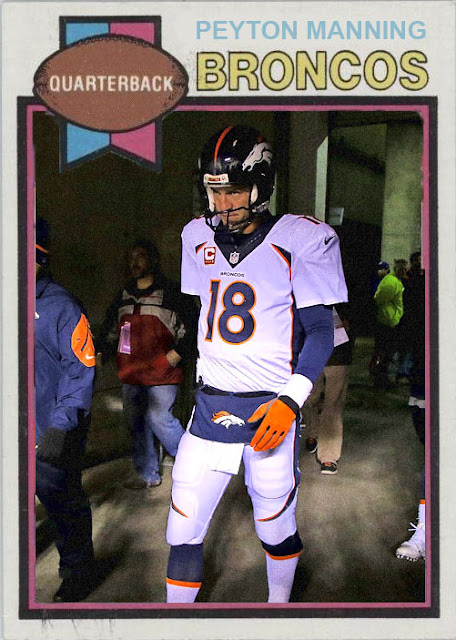 Five Years ago, in Dallas, TX, I witnessed one of the more exciting Super Bowls in recent history firsthand. The Packers took down Pittsburgh, and I was there to see it.

Three Years ago, in East Rutherford New Jersey, I witnessed one of the most boring Super Bowls in recent history firsthand. The Seahawks were winners from the get go, and they spent all four quarters mercilessly hitting the Broncos down. And I was there to see it.

Two days ago...in Santa Clara, California...yep, you're damn right I was there.

As usual, I'll detail my journey from my hotel in Milpitas to the game, and how everything went from the perspective of a lowly blogger in the 200 level.

My companion for this Super Bowl was my friend Evan, who I knew through the age old excuse of "our dads work together". Evan and I began the morning taking a shuttle out to the TLA stop. The TLA, which is a very cool little train system in the San Jose area, was smooth, and dropped us off with more than enough room to get to the stadium. Only problem is we got there a tiny bit before 11:00 AM, which means the gates technically weren't open yet, so we had no choice but to slam ourselves into a throng of determined fans.

Speaking of fans, if you were to measure from just the crowd waiting to go through security alone, you would think that the Broncos to Panthers ratio was pretty even. Where I was, there was an even amount of orange-navy and blue-silver. I, however, not one to join some bandwagon for a single game, took the historian approach- I wore an old Mitchell & Ness 1969 Bart Starr jersey. Like with my Strahan jersey at the '13 Bowl, I was approached with one or two 'you're at the wrong Super Bowl' messages. To which I'd cheekily respond "No, I'm a year early", or "Actually I'm 49 years late".

One guy, working for the stadium, was commenting on people's wardrobe as they went in, be it Broncos or Panthers. Once he got to me, his jubilance turned to confusion very quickly. "Oh, and here's a Broncos fan, go Broncos, oh, and here's the Packers...PACKERS?...I mean..." It cracked me and Evan up.

Once we got past security, we made our way around the stadium to the Tailgate Party (How we got in I'll never tell), which was pretty nice. Seal was the main entertainment, which...baffled all of us. At least he was pretty cool, and still performed well.

The Tailgate Party was a nice diversion, but we finally got to our seats about an hour before start-time, which, as they told us, was 3 PM. Our seats were in the corner of the Broncos' end zone, up a level. Prime position, given the circumstances. We sat, waiting, watching the people enter, watching more and more Broncos fans fill the seats, watching the roars grow louder and louder whenever a Broncos player appeared on the 'tron.

Inside the stadium, they'd momentarily cut to two CBS people, whose sole purpose was to repeat information that was already well-known throughout the game, like what had happened in each quarter, or what to do during the halftime show, which was a point that was already pretty hammered-in. It got to the point where, at their 3rd or 4th appearance, I was already shouting "GO AWAY!"

Speaking of the halftime show, the entire audience would be involved in a huge stunt where two huge-stadium-wide pictures would be shown. There was a video which, step-by-tantalizing-step, detailed the entire process of taking a poster-board card out of the package, holding it up at one point, putting it down, and putting it back up on the other side at the end. It was so dumbed down, with a video of an example audience cheerily taking party, that by the end someone in the audience sarcastically yelled "SHOW IT AGAIN, THAT WAS HYSTERICAL!"

Eventually we got to the National Anthem, which Lady Gaga absolutely rocked, and the unveiling of 50 years of Super Bowl MVPs. Surprisingly, the man whose number I was wearing, Bart Starr, was one of the few not in the building. There were boos at the arrival of Tom Brady, and cheers at Eli's arrival, save for a few people in my section. "What?", one said, "I'm from Philly." "So am I, but even I still think he's okay," I replied.

Eventually the game began, with both fan bases loudly making their cases known. There were several "KEEP! POUNDING!" chants from the audience going, and several chants from Broncos fans as well, more of them probably, because they dominated most of the audience. You could tell, because whenever the Broncos got a point, or the Panthers got a penalty, the audience would erupt in applause. This was a Denver-led crowd, of people that didn't travel as far and stayed together, and thereby helped decide the outcome of the game.

The first bit of the game did have a ton of really fun games. The Broncos sacked Cam Newton, he fumbled the ball, and the Broncos leapt into the end zone to grab the ball and score a touchdown. The Panthers scored their first (and eventually only) touchdown with a gigantic leap over the blockers into the end zone. Newton had a lot of huge throws, and the Denver Defense had a lot of great plays, smacking Cam around whenever they could.

Unlike the 2013 Bowl, one team stayed in control for most of it, but there was still intrigue and question, for most of the game, as to whether or not they'd stay in front. The Broncos started out ahead, but the Panthers came charging, not stopping until the end, and powering through some tough situations.

It was really exciting to watch, because both teams had some nice power plays, some great drives. It wasn't a blowout, it was a fair fight that ended because one guy was on top from the beginning.

I should probably talk about halftime, because I don't know how it came out on TV, but from Levis Stadium it was pretty damn cool. It helps that I'm a big Coldplay fan (I know), and that Chris Martin was more energetic than he's been since Gwyneth broke up with him, but also the big image that we helped create was pretty cool, too.

Once Bruno Mars showed up and did Uptown Funk the audience erupted and sang along in a big way. But then Beyonce popped up, and the day was hers. The tron stopped broadcasting for us when she went on, as if to say "just look at her for yourselves, dammit!" And yeah, even if I'm not a big fan of this Formation number, she was pretty awesome.

The very last part, when Beyonce, Bruno and Coldplay united to sing 'Up and Up' as kids ran around the field and the audience held up a picture reading "Love is Everywhere" or something, gave me chills. I don't care who you are- it was this big, colorful awesome moment that everybody must have eaten up, regardless of whether or not you like Coldplay.

The rest of the game was more of the same. The Broncos held onto the lead, the Panthers tried but fell apart. My section ended up starting a 'Fly Eagles Fly' chant out of desperation. And Cam Newton chose not to go for a fumble that eventually decided the outcome of the game.

Eventually the Broncos were deemed victorious, and Peyton Manning became the first quarterback to take two different teams to a Super Bowl and win. It was nice to see him win one more time, and even if I'd gone in rooting for Carolina, I could respect a Denver win simply for Peyton, and for the fans that had been waiting since the 90's. He hinted that he'd be mulling it over, but I'm pretty sure Peyton Manning's going to retire. He has to. He was already a Hall of Famer before he put on a Broncos uniform.

Evan and I stayed for the trophy ceremony, and we watched as most of the stadium booed Roger Goodell. We realized that we'd just witnessed a pretty awesome Super Bowl, 50 or no. And then we left to catch the TLA.

And that was how my Super Bowl went.
Posted by Jordan at 4:19 PM
Labels: Broncos, Panthers, Peyton Manning, Super Bowl