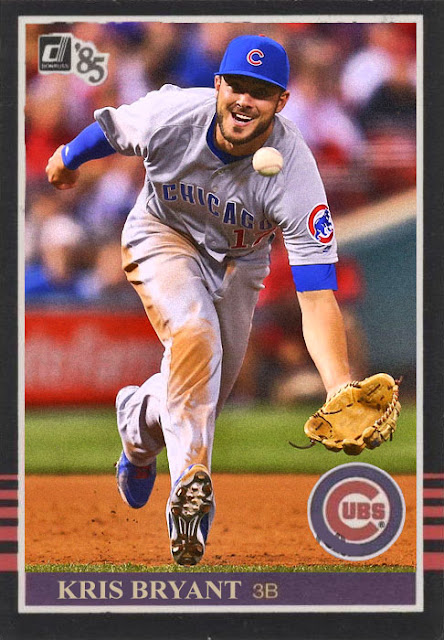 It looked dire initially, after an opening smash by Jose Ramirez, but the Cubs, if anything, persevere. And, thanks to some nice work from Kris Bryant and Aroldis Chapman, in some of the longest relief work of his career, the Cubs made it through Game 5, and have managed to stay alive through the three-game excursion to Chicago.

Right...now the Series shifts back to Cleveland, where...where all hell is about to break loose, I reckon.

I'm pleasantly surprised that the Cubs were able to fight back tonight, as I was fearing the worst after Game 4. This is coming down to pitching, and right now the Indians are winning with Corey Kluber and Josh Tomlin...and just taking the losses whenever Trevor Bauer's starting. The thought would be for Kluber to start Game 7, if needed, to shut down the Cubs, but Kluber's been on short rest all series, and eventually that's got to catch up to him.

Still, the Indians will be heading home in Series-winning position...which are words I didn't think I'd be typing on this blog. So...either way, a fun team wins, but part of me wants to see a Game 7. Tuesday's the next game, and we'll have to hope for a mighty good one nonetheless.
Posted by Jordan at 11:55 PM