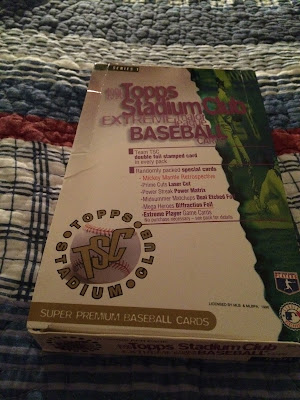 A month or so back I nabbed three Stadium Club boxes: 2 1995 products, and one 1996, for the purposes of knocking off my 'every Stadium Club ever' goal, which will likely never be fulfilled. Still, these boxes were hella fun to rip, and this last part of '96 SC is still a pretty nice ride. 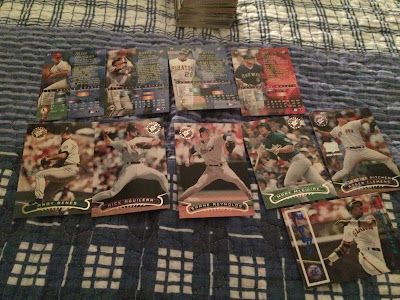 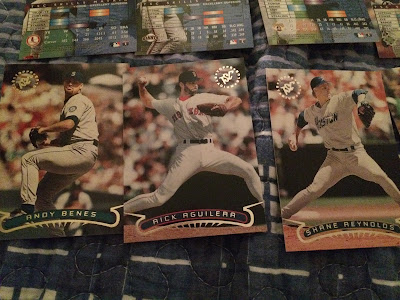 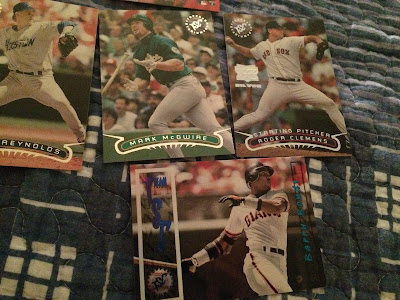 Followed by a trio of Steroid Abusers- McGwire, Clemens, Bonds. Clemens is the Silver sweepstakes insert. 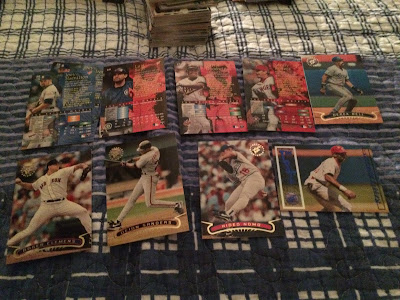 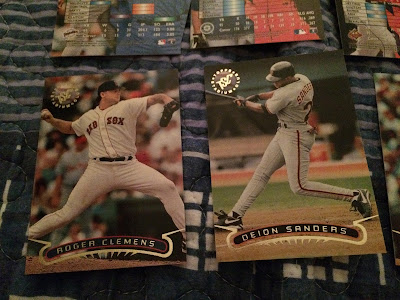 Well, luckily I got the base version of the Clemens, so I can tuck it in the base collection and not have to look at it again, along with this late-career card of Deion Sanders. 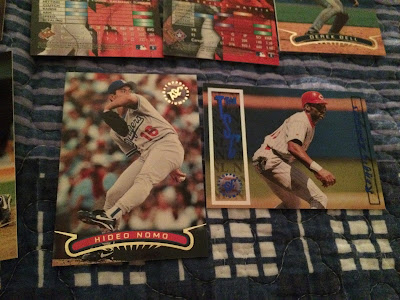 My one successful base pull was a card of Hideo Nomo, still a cool guy to collect, even if he's not necessarily a Hall of Famer. The one-per-pack Team TSC insert here was Reggie Sanders, which...works, I guess. 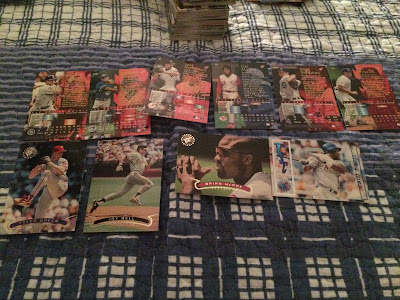 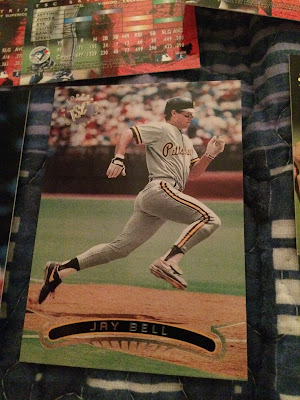 As an appetizer, here's a card of Jay Bell running the hell out of Pittsburgh and getting himself on a flight to Kansas City. 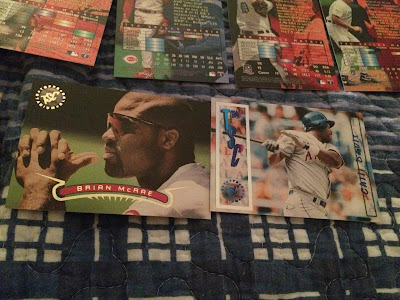 Brian McRae, who must have been in a billion sets in 1995-96, sits here as a cool-as-a-cucumber member of the Cubs, next to a still-dangerous Team TSC of Chili Davis. 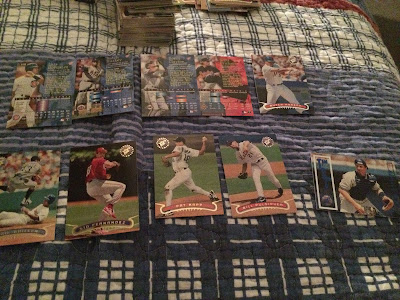 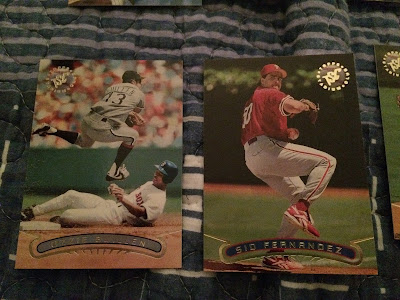 Not much to call home about in Pack 20, but here's Ozzie Guillen making a sweet double play, and Sid Fernandez surprisingly suiting up for the Philadelphia Phillies. 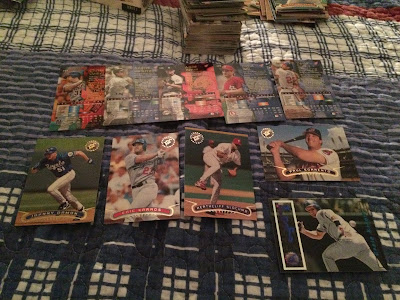 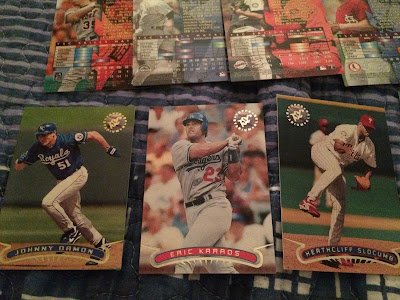 A trio of very 1996 faces- Johnny Damon was coming off a stellar rookie season, Eric Karros was still a threat for LA, and Heathcliff Slocumb was somehow a hugely threatening closer. 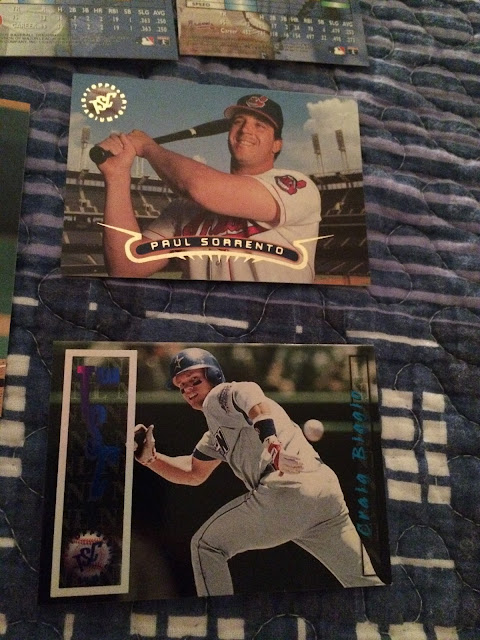 That is another really cool stadium shot of Paul Sorrento, as well as a sweet running Team TSC shot of Craig Biggio. 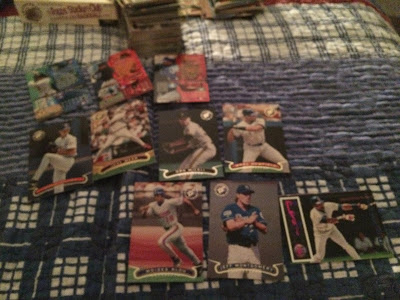 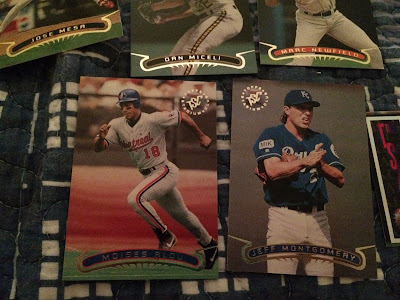 Yeah, I know I shouldn't post a card of Moises Alou right near when the Cubs may be in jeopardy, but Moises was on the side of good, and he was one of the main reasons why the Cubbies had a chance in '03. Also, Jeff Montgomery was still a leading closer back in '96. 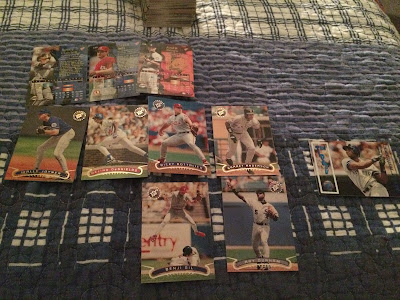 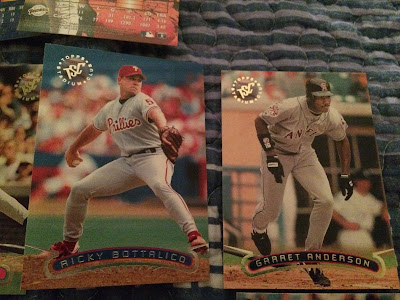 Ricky Bottalico was a pretty nice closer for the Phils back in the day. Got his autograph a few years back at the Philly Show. Also, Garret Anderson was just starting out around here. 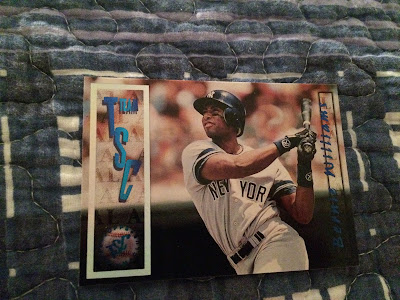 Interesting...in this portion, I've pulled a Team TSC of a guy named Bernie, and a guy named Sanders...very interesting indeed.
Also, Bernie Williams is always a welcome pull for me. 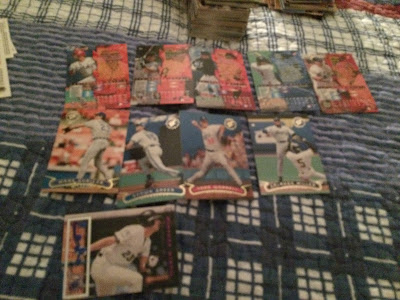 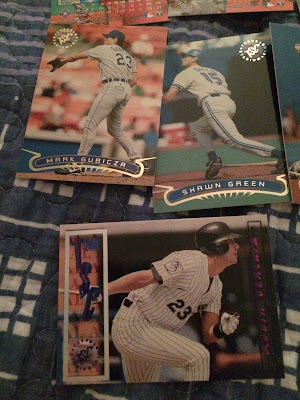 The box ends with a whimper- Mark Gubicza, Shawn Green and Team TSC of Robin Ventura were my highlights. Woo-hoo.

That was 1996 Stadium Club, and no, I didn't yield the whole base set, so I'll work on want lists.

In a few days...another box break will be up. It won't be Nostalgic.
Posted by Jordan at 2:32 PM
Labels: 1996, box break, Nostalgic Box Break, Stadium Club, Topps