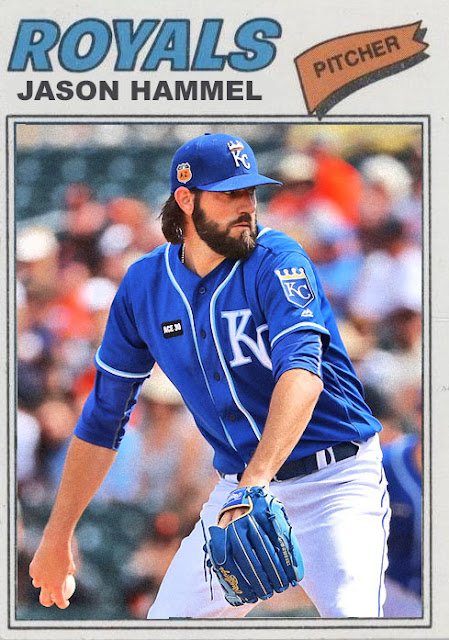 There have been a few 'What's gonna happen to the Royals' articles I've read so far, especially in terms of the preseason, so let's add another to the pile.

The AL Central race right now has two DEFINITE contenders, the Tigers and Indians, and two definite bottom-of-the-conference teams, the Twins and White Sox. So, in the middle, I'm assuming, is the Royals.

On one hand, they still, for the most part, have the bulk of the lineup they had when they won in 2015, with a few people (Kendrys Morales and Jarrod Dyson the main offenders) removed. The main issue is a few of them are coming back from injuries/down seasons (Moose and Gordon mainly), and it's hard to tell now whether or not we'll have a season to the caliber of their 2015.

The pitching staff has been improved...yet depleted at the same time. Look, adding Jason Hammel was a smart move, and he'll probably be a solid arm, and Ian Kennedy and Danny Duffy will be strong if they repeat their 2016 stuff. But, thanks to the insanely tragic loss of Yordano Ventura, that's all we've got. Nate Karns? Jason Vargas? Chris Young? Maybe Travis Wood if he can start games again? Not a ton is set in stone. Kelvin Herrera's gonna be closing games, which could be pretty nice I think.

Look, there's a chance that this team could outdo the Tigers, or even the Indians, for the title. But there are a ton of question marks that are preventing me from saying it's a guarantee. The once-dominant team might be showing its age, and it's gonna be 2017 that defines whether they burn out like the Phillies or rebound.

Coming Tomorrow, as I'm only doing one-a-day for Spring Training: One of my favorite players, and one that needs to have a comeback 2017 season or else his days with his squad are numbered.
Posted by Jordan at 1:27 AM
Labels: Custom Cards, Jason Hammel, Royals