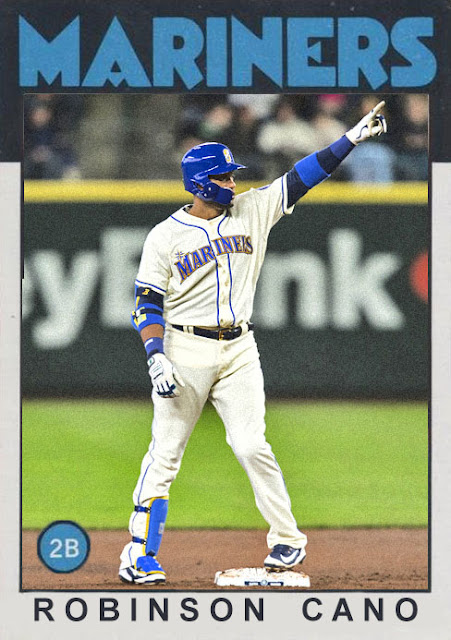 So...a lot has gone down in Queens. Or...could be going down.

You see...it has become clear in the last few months or so that Robinson Cano's 10-year contract in Seattle might be a bit...too much. Especially considering how...alright Cano has been since signing there. He's not a bad player by any stretch, but he's not owning the leagues like he was in 2012 or anything. So...I can see why the M's shopping him might be a good idea.

However...the deal in question, to send him to the Mets in exchange for at the least some prospects (and at the most Jay Bruce, Jeff McNeil or Jason Vargas)...might not be the best course of action for Seattle. This is the kind of deal that teams make when they've realized they can't compete, even if Cano is becoming kind of extraneous.

No, the piece that makes this alarming is Edwin Diaz, who is also involved heavily in the talks. You send him to the Mets, and they cover from the closing pitching problem they've had since losing Jeurys Familia...by using the most powerful closer in baseball in the ninth. Not since K-Rod have they had an opportunity like this.

This would be a shift of power, though, from a team that was inches away from the playoffs last year to a flawed team that could sneak into October if given the right materials. Edwin Diaz could work, but...he's honestly a reparation. The deal must have just been Cano, but the Mets don't want Cano alone, and want Diaz...probably more than they want Cano. Which should have been the first clue for the Mariners that this may not be a great deal. They need to figure out a way to get rid of Cano, and give him to someone who wants him...without chasing them for another piece.

And I'm not saying the Mariners are screwed without Diaz. They still have Alex Colome, after all. He's more than capable of closing games. But...really, they shouldn't give up Edwin Diaz unless they absolutely have to. They shouldn't let their need to give up Cano interfere with their need to compete in 2019, or at least their need to have an outstanding closer in 2019.

The deal may go through, and it may end up being fine, but...the Mariners should be a ton more careful when dealing with these two.

EDIT: I take back the part about Colome. At least now they have a competent catcher for the first time in over a decade....
Posted by Jordan at 1:13 PM