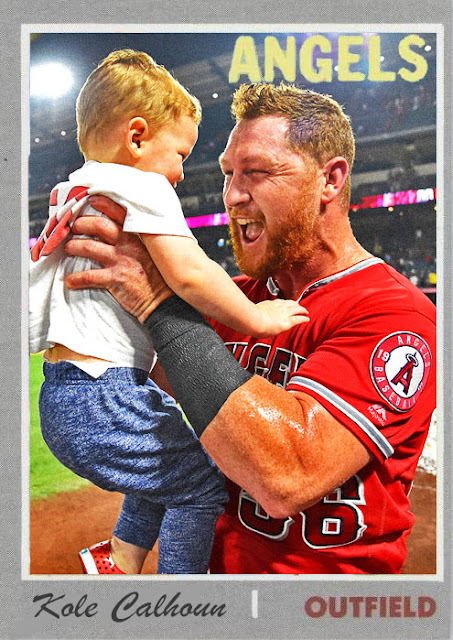 Yep. It's that time of year again, folks.

Every day of December on the blog will be spent looking over players from each team that either didn't get a custom for the 2018 season, got traded halfway through, or had such a breakthrough season to deserve a second custom. It's an Update set, but honestly it's more of a fill-in-the-blanks companion to my earlier customs for 2018.

As usual, we start with the Los Angeles Angels, who had a strong start to their 2018 season, only to fall...very short, once the A's and Mariners crept in. Though they did have the Rookie of the Year, and another fine Mike Trout performance, they still fell short in a number of categories, especially pitching.

Kole Calhoun was still an offensive mainstay, though his average was down from the last few years. At least he and his kid seem pretty happy in that custom. 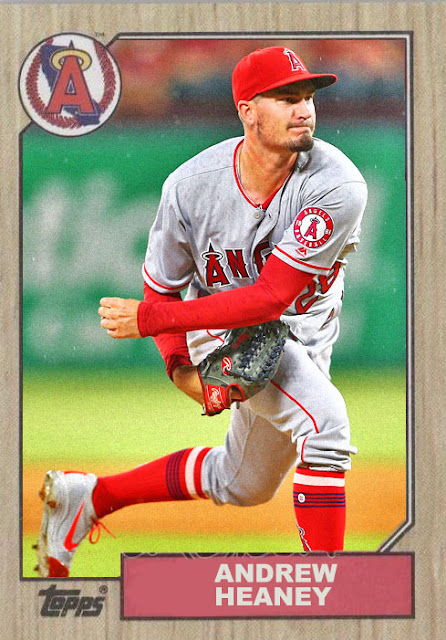 After Tyler Skaggs wound up on the DL yet again, it was up to Andrew Heaney to step up as a defect ace, and...he did alright. He wasn't perfect, but he did as well as an ace for a fourth place team could do. With Skaggs (and POSSIBLY Shoemaker) back next year, he may have a minimized role in the starting picture, but don't count him out. 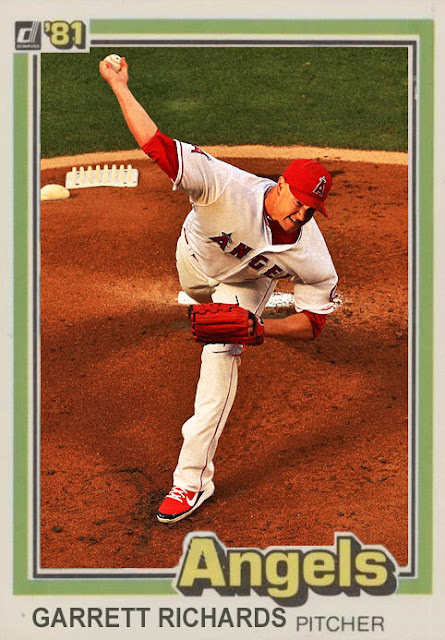 I mean, the guy had some nice seasons off the bat, but he's not been healthy for the entirety of a season since 2015. Once again, Richards' starts were limited by injuries, but when he was healthy, he was pretty damned good. It's just a shame that his prowess only shows up in fleeting moments. He's a free agent this year, so unless the Angels bring him back, expect another team to take a chance on him. 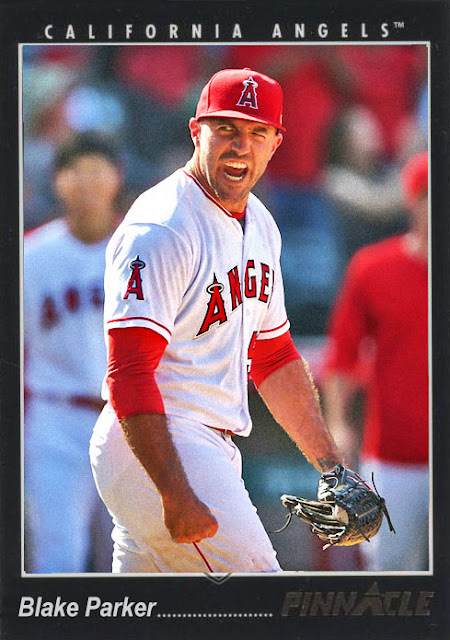 For the second year in a row, the Angels had problems with closing pitching, going through Cam Bedrosian and Keynan Middleton before 'settling' on Blake Parker, the eventual closer from 2017. He's got some sharp stuff, and he's got a surprising amount of experience. He could be a nice choice for full-time closer for 2019, as well.

Coming Tomorrow- The Astros got SO CLOSE, but in the end fell to the Red Sox. Here are a few players that deserved better.
Posted by Jordan at 6:07 PM
Labels: Andrew Heaney, Angels, Blake Parker, Custom Cards, Garrett Richards, Kole Calhoun