Topps Cards That Should Have Been: 2022 Hall of Fame Class Edition Like last year, we celebrate the impending Baseball Hall of Fame inductions with a run through the uniforms that should have been depicted on cards, regardless of how brief or perfunctory they were.

I should have included this in last year's bunch, but in 2014, Bobby Abreu signed a minor league deal with the team that made him a household name, the Philadelphia Phillies. The majority of his supremely underrated Hall of Fame case came from his Phils days, and having him back, even at the end of his career, was a cool move. Though Abreu spent the Spring with the Phils in Clearwater, he did not make the team, and would eventually sign a deal with the Mets, which would go surprisingly better for him rounding out his career. Still...wouldn't it have been awesome to see one more Phils Abreu card? It would have felt the same as 2012 Topps' Jim Thome Phils card. 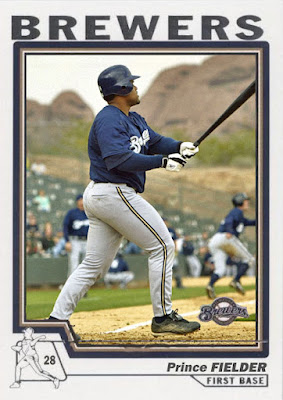 Zipping us back to the top with the new additions to the ballot, most of whom may not make more than 5% admittedly, while I already made a 2005 Topps card of Prince Fielder back in November, I did not make one to commemorate his 2004 Spring Training sting. While Fielder was still a year or so away, he did have some solid numbers out of camp for the Brewers, but he was still blocked behind Lyle Overbay for another year. He'd eventually own first base and become a fixture to round out the decade. 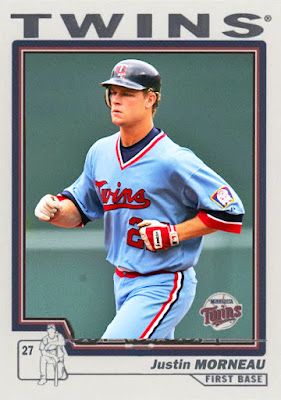 Justin Morneau's 2004 issue would have been more crucial, as Morneau would be an important part of the Twins' infield that year, playing 74 games, hitting .271 with 19 homers in that time. Unfortunately, Morneau would only get cards from Topps in Heritage and Total, skipping flagship altogether. A bit of an odd exclusion, given his appearances in 2003 and 2005 sets. Nevertheless, from 2005 on, Morneau would be a strong, consistent piece of the mid-2000s Twins teams, culminating in a 2006 MVP win that I'm still kinda bitter about. 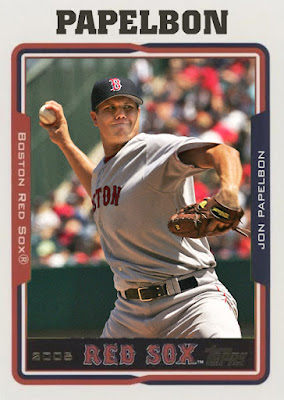 While Jonathan Papelbon's rookie card was in 2006 Topps, he was used out of the pen during 17 games in 2005, and did fairly well, with a 2.65 ERA and 34 Ks. Of course, the very next season Papelbon would get the ninth inning and become a hero in Boston. Before...y'know...pissing off Philly and Washington. 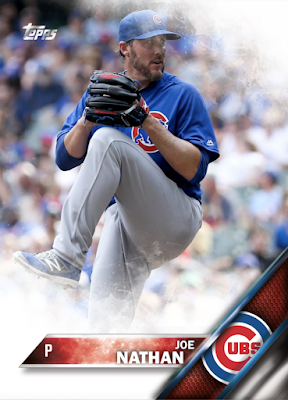 In 2016, Joe Nathan was coming off a disappointing campaign in Detroit, and after amassing all star nominations as a Twin and Ranger, was coming down big time. Midway through the season he signed a deal with the Cubs, as they embarked on their championship campaign. He only pitched in 3 games for Chicago, but struck out 4 and gave up no runs. The Cubs did release Nathan shortly afterwards, and he wasn't finished. 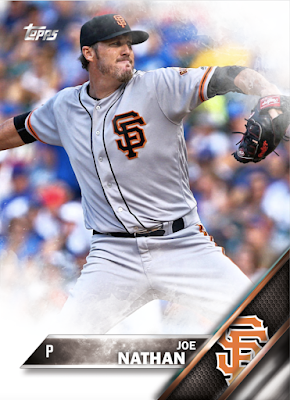 So he decided to return to San Francisco, where he'd spent his early career. As a Giant, in September, Nathan pitched in 7 games, struck out 5 out of 18 batters, and continued his scoreless streak. He ended the season with a 0.00 ERA, which was strong enough numbers to go out on. While I doubt Nathan will get into the HOF, he was still an excellent closer and relief asset, and still had some stuff left in the tank even at the end. 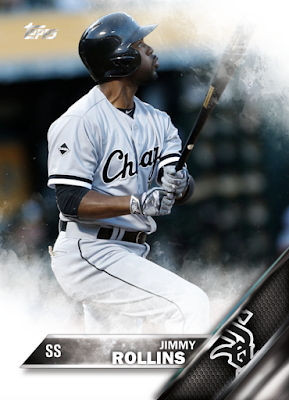 And finally, we come to Jimmy Rollins as a White Sox. After his Dodgers deal went disappointingly, Rollins' stock declined, and could only muster a minor league deal with the tanking ChiSox. The best you can say for J-Rol here is that he was an impressive prelude to Tim Anderson, hitting .221 with 33 hits and 8 RBIs in 41 games. Once Anderson was called up, there was really no reason for Rollins to be on the roster, and he was quietly released, tying up his 17 year career there. Of all the newbies on the ballot, I have the highest of hopes that Rollins can someday make it to the Hall of Fame, even as unlikely as that seems. He was always a favorite, and always seemed to be an elite shortstop.