Something Diabolical is Going on in Miami 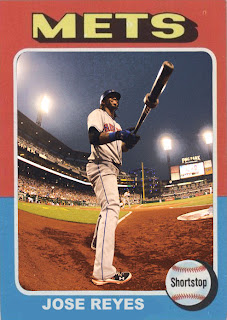 Today, we will hear a story about two teams, and these two teams round out the middle of their division standings every year. One of them is known for being bad: their debut season is a punchline, and they haven't won a World Series since before most of their players were born. The second one is a young expansion team, who have somehow won just as many rings as the other team. The first team has two real stars: The second has many young stars, and are moving to Miami.

Looks like the first team is in need of a new shortstop now- he just defected to the second team.

To put it complexly- Jose Reyes has just signed with the Miami Marlins. With the signing of him, and most recently Heath Bell, the Marlins are shaping up to be a huge, colossal force that may, just may, put the Braves in 3rd place. It's a shocking outcome, I know, but it could happen. If the Marlins keep gobbling up big players, such as Buehrle, Pujols and/or Fielder, it may become something close to the 2001 Diamondbacks, or the 2003 Marlins: A large amount of star power + a fairly new expansion team = a possible World Series run.

It just goes to show that nothing can be correctly predicted in baseball.
Posted by Jordan at 6:37 AM