All Mets Are Off 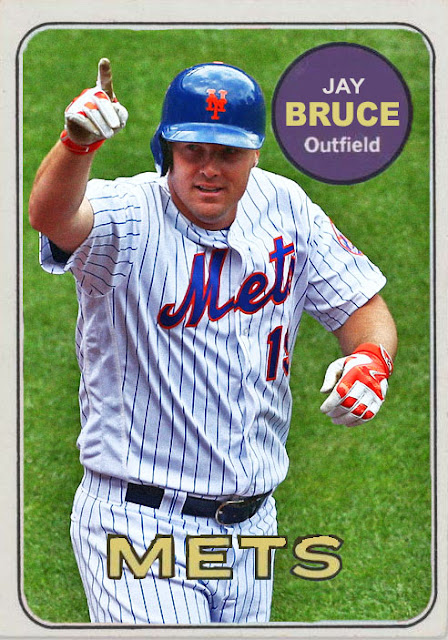 We interrupt this random top-of-2018 blog hiatus to bring you....a deal I am very confused about.

Of everyone in baseball right now, perhaps the most perplexing identity crisis being taken on by a team has to go to the New York Mets. On one hand, they have a 'new wave' of stars, like Michael Conforto, Brandon Nimmo, Amed Rosario and Dominic Smith. Not all of them are getting playing time, but the Mets seem to be setting things up to have this movement take over eventually.

On the other hand, the Mets are simultaneously resting on the laurels of older veterans a bit too much. David Wright is still technically signed to a contract, and Asdrubal Cabrera and Yoenis Cespedes are still expected to play major parts in this season. None of these three did particularly well in 2018, thanks to injuries and, well, age. With the exception of Cespedes, there's not a ton of sense in keeping some of them around, too. They're just gonna drag down the lineup and get injured, and leave the door open for more ineffective choices to carry the team (to fourth place).

So the Mets can do one of two things- they can pool away the injury-plagued stars and start from scratch by building the lineup around Conforto and Cespedes and a bunch of rookies, or they can...keep stocking the team with contracts, making it very difficult to let the farm system factor into the season?

...Why are they doing the last one? Hell, they just re-signed Jay Bruce for the next three years. I was kind of expecting someone who's going to compete to do that.

And yes, the Mets could very well compete, but I don't think they're at the point where all these rookies and young stars are ready for it. 2017 destroyed the rotation, and gave into the fear that all the pitchers are gonna blow out their arms before they can get to the World Series again. The rotation would only be ready to compete if the core 5 stay healthy, and at this point I'm not even sure if Matt Harvey can even DO that. He's not the Dark Knight anymore, he's the nearly-crippled Batman from the first 20 minutes of the Dark Knight Rises.

And I don't even think the rookies are ready for it, either. Dominic Smith couldn't hit for average in his call-up last year. Brandon Nimmo has yet to truly prove himself in the lineup. The only sure thing is Amed Rosario, and with a ton of shifting factors, we're not entirely sure if they're even gonna use him full-time. So plugging Jay Bruce, who will probably play really well, into a lineup of people who aren't especially sure how they're gonna play...is not a great idea.

I see the novelty in the Mets bringing him back,  because he was just there, and the fans love him, but that's honestly the only reason they bring him back. The Mets will only compete if everyone on that team is in sync, and there's a very slim possibility that they will be.

It figures...the one hot stove move that happens in 11 days is the one that doesn't make any sense. This offseason's been maddeningly slow, and hopefully it won't keep thriving on silly moves like this.
Posted by Jordan at 7:50 AM