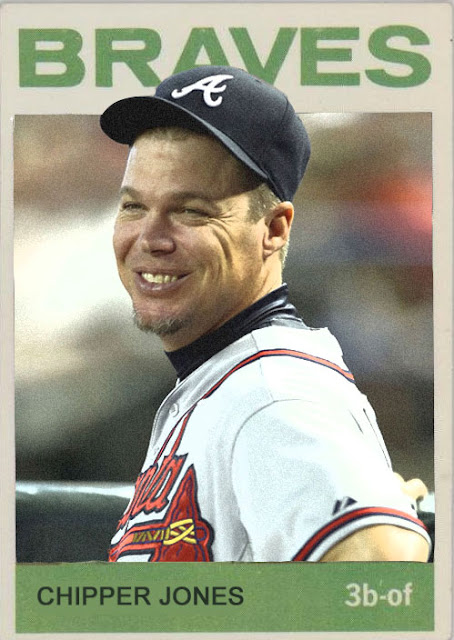 What's great about this era of HOF inductees is that, with the exception of Trevor Hoffman, they all exist in the era of custom cards, so I can post blog-archived material for 3/4ths of the inductees.

What's also great is that I would have voted these four in, like, in a heartbeat, so I'm insanely happy that they all get to be Hall of Famers now.

Chipper was a foregone conclusion. Of everybody on the ballot, I knew he'd be a definite. The way he played the game, and the consistency in the field and at bat over 20 years...you don't find that everyday. The easiest comparisons would be somebody like Brooks Robinson, but it's barely a comparison when Chipper paved the way to become his own type of athlete, and a poster child for Braves fans everywhere. Happy he made it in. 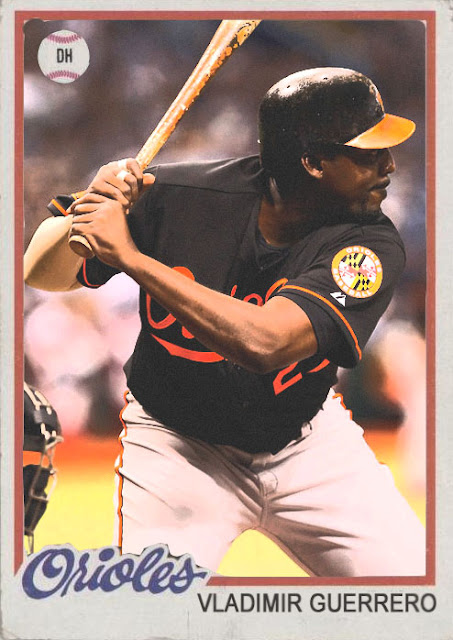 Happier still that this guy made it. When I got into collecting, Vladdie was one of the most likable players in the fold, and he was insanely easy to root for, no matter what team he played for. Even when he was with the Rangers, I rooted for him. His style of play was based in power, and he was insanely powerful whenever he was on the base paths. He's also one of those guys that could have played for another 3 or 4 years. If only the Jays hadn't have effectively ended his career.

Happy for Vlad, and happy for Trevor Hoffman, who deserved the nod by just being an intimidating and fearsome closer for 18 odd years. But...I wanna reserve a bit for the last guy that got in... 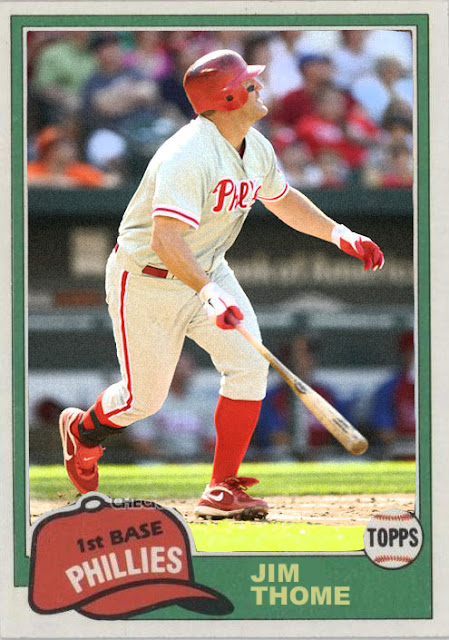 Jim Thome, for a few years, was my favorite player in baseball.

He came to Philadelphia, made a name for himself within a span of 60 seconds, and made coming to Citizens Bank Park a must for me. The first time I went, it was incredible- Thome hit a home run, and the whole plays erupted in the kind of love he'd be responsible for whenever he'd show up in Philly for the rest of his career. The way he played the game owed itself to instant admiration. In the period before I got back into card collecting and hyper focused on who everyone was, I rooted for Jim Thome. I had every right to.

And now Thome's a Hall of Famer, because why the hell wouldn't he be? He deserved it, and I'm so happy I'll get to point him out to my eventual offspring in Cooperstown one day.

So...yeah, I'll say that Hall of Fame voters did well enough this year. I'd have made room for Edgar Martinez, but I'm thinking this means he'll be in next year.

Now...I wait a year for the 2013 inductions...which means I'll be waiting a year to talk about Hall of Fame cases for two of my OTHER favorite players...a guy named Mo...and a guy named Doc.
Posted by Jordan at 11:18 PM