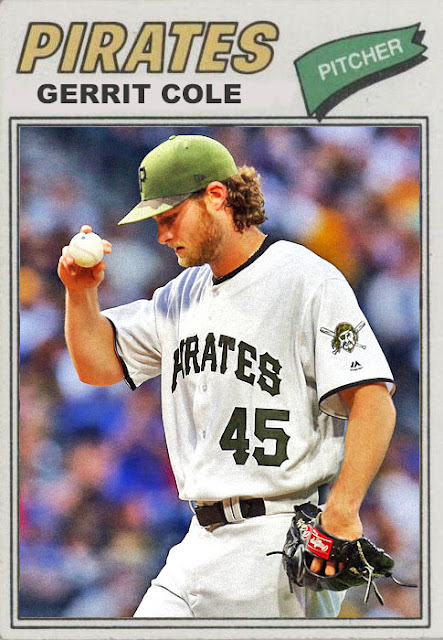 Yesterday, the Pirates signed Gerrit Cole to a one-year deal to avoid arbitration. As he'd been chased by the Yankees, as well as other teams, for trades, it was a crucial move for the Pirates, as they avoided losing their top pitcher to any other.....wait...I'm being told that he's already been traded.

The Astros were the ones to make the move, trading Joe Musgrove and a bunch of prospects for the mighty Cole, swooping in and preventing the Yankees, or anyone else, from boosting their rotations. Now, the Astros have Dallas Keuchel, Justin Verlander, Gerrit Cole, and the McHugh and McCullers duo, which is gonna kill the entire AL West next season. And then if one of those guys gets injured, either Charlie Morton or Brad Peacock will come up from the bullpen and finish the job.

I think that's how it's gonna go.

As cool as this is for the Astros, it marks an end of an era in Pittsburgh, as the Pirates are gonna start giving away the rest of their stars, and probably aren't gonna begin to compete in 2018. It wouldn't shock me if they try and trade Andrew McCutchen in the next few months, unless they wanna keep him around like Joey Votto or something.

Very cool trade. Hopefully this opens up the floodgates for other teams to start trading and signing, because this has been a very, very boring January.
Posted by Jordan at 8:35 PM