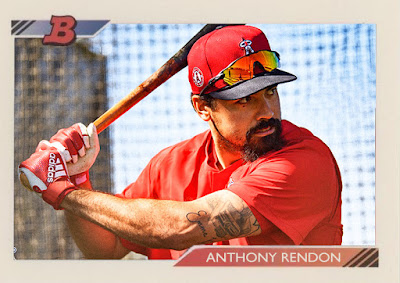 2012: The Angels sign Albert Pujols to a mega-deal in the hopes that he takes them to the playoffs. They win 89 games, but finish in third.

2013: The Angels sign Josh Hamilton to a multi-year deal in the hopes that he takes them to the playoffs. They finish below .500 and, again, in third place.

2018: The Angels sign Shohei Ohtani to a multi-year deal in the hopes that he takes them to the playoffs. Not only do they finish in fourth, but by the end of the year, Ohtani needs Tommy John, and doesn't pitch in 2019.

2020: The Angels sign Anthony Rendon to a multi-year deal in the hopes that he takes them to the playoffs. WE ARE HERE.

I feel a little bad for the Angels. Not entirely. A little. Because at the end of the day, they still have Mike Trout, the best player in baseball, and Andrelton Simmons, one of the best shortstops in baseball. And they have a still-electric Ohtani performance in there, plus the potential for great seasons from David Fletcher and Jo Adell.

Yet...despite all they've paid for, all they've worked on in the past decade, they still can't get anything done. Things haven't panned out, and it's mostly thanks to uneven returns from subsequent pitching staffs. Since the decline of Jered Weaver's fastball, the Angels have put their faith in people like Garrett Richards, Matt Shoemaker, Parker Bridwell and Andrew Heaney, who have put up good initial numbers only to fall off the wagon the following season.

The rotation the Angels seem to be going with for 2020 is Heaney, Jaime Barria, Dillon Peters, Dylan Bundy and possibly Griffin Canning if he's healthy for the opener. This array is...like the theme, uneven, but there could be good performances in there. Plus, there's the Ohtani factor, as he could end up starting some games eventually, even if he'll probably be used primarily as a DH. But while this is a younger, more interesting rotation than in years past, I still can't guarantee success from it.

And that's, once again, where we're at with the Angels. The lineup might be fantastic this year- Rendon is gonna hit .300 and thrive off being next to Trout in the lineup, Jo Adell's gonna be brought up midyear and come alive, Ward and Hermosillo are gonna have good rookie years, and...etc. But without a solid pitching rotation, you can't promise anything from these guys.

Coming Tonight: Not the biggest guy to land on the Dodgers this year, but...perhaps the most interesting.
Posted by Jordan at 10:41 AM
Labels: Angels, Anthony Rendon, Custom Cards