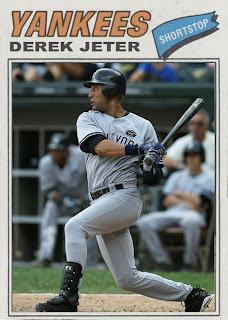 I think everybody knows what happened last night. The Rangers...they were just better than us, and they overpowered us enough to eventually win the series. Texas will be in the World Series for the first time ever.

I mean, back a few weeks ago, I was saying to people "I hope the Rangers get in, because the Rays are gonna have us for dinner". Safe to say, the Rangers were even worse. And yesterday, I didn't even think New York would be going to the World Series. And I was right.

And I know why everybody hates the Yankees. Hell, I even had a post about it earlier in the year, and all the comments had something along the lines of "BOO YANKEES" or "They always win" or something. People hate that they have so much money, they hate the YES sportscasters, they hate A-rod. They consider the Yankees as the A-student back in school that sat in front of the class, and got an A on every test.

And I know for a fact that there are more Yankee haters than there are Philly haters, so I hope everyone will be pleased with the outcome (I'm just hoping we hang on).

Anyway...thanks boys, for a great 2010 season. Hopefully we'll be better, not only in offense (If Carl Crawford is in the outfield, there's no stopping us), but in pitching (Two words: Cliff Lee).

Maybe then people will like us. Maybe.
Posted by Jordan at 10:01 AM