And Now A Message from Mark Sweeney 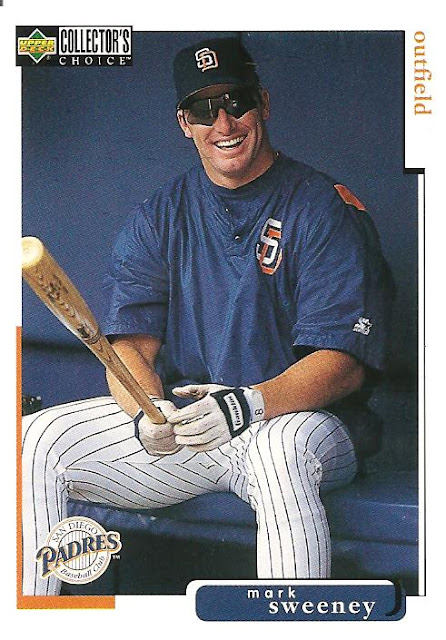 I'm Mark Sweeney, and I used to be an MLB player. Now, playing baseball is pretty tough, as it's a stress-filled environment, and there's a lot of pressure to be great. At the same time, there's a ton of pressure to perform just as well...off the ballfield.

That's right...I'm talking about the bedroom.

Let's take a look at me in 1998. Here, I was at the top of my game, playing with the San Diego Padres, and helping them make a run at the World Series. You'll also notice how...happy I was in this photo. And I'm not just talking about the smile on my face.

Ever since joining the Padres, I've been a proud user of Viagra. It's the number one way to keep people satisfied on and off the ball field. However...while I don't regret a single part of my usage of the miracle pill...I'll say that it didn't exactly help my career as a ballplayer.

In 2007, the same year as the Mitchell Report, analyzing a number of players who had taken performance-enhancing drugs, there was a much less publicized report about players that had taken Viagra, or any drugs that enhanced performances in the bedroom. What I found out was that this was frowned upon by many of the owners and executives, all across the MLB.

So, I, as well as several successful Major League players like Brett Tomko, Steve Trachsel, Miguel Cairo, Kip Wells and Kevin Orie (plus Manny Ramirez although we don't like to talk about that), was nearly blacklisted from the game, only because I wanted to be happy...in that area. Note that this report came out on the same day as the Mitchell Report, and was buried underneath articles about Joe Mauer's deodorant preference, and John Kruk coughing up a hairball during a live broadcast.

So...I come here, my head in my hands, to say that while performance enhancing drugs...of that ilk...ruined my baseball career...I've been insanely successful as a husband, and as a lover. And nowadays, I look a lot like I did in that 1998 photo...happy, healthy, and proud.

Do I wish I'd have left baseball another way? Uhhh....I'll get back to you on that one. But the bottom line is I'm happy now, and still use Viagra to this day.

(I'd like to point out to Mr. Sweeney's lawyers that this was a joke, and that he sort of asked for it by posing like that on a baseball card.)
Posted by Jordan at 3:28 PM