Cheese, Beer, and a Supposed Comeback 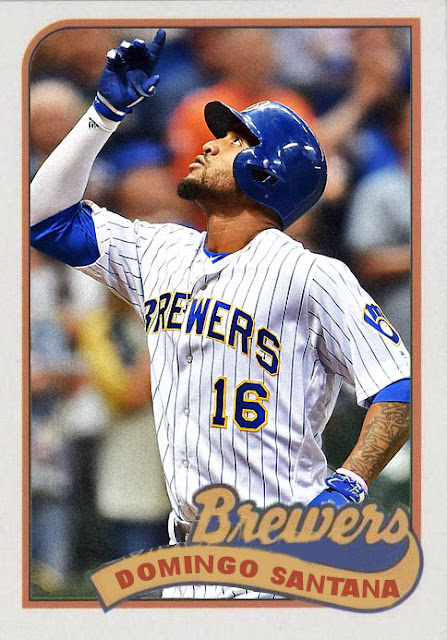 He was traded for Hunter Pence...then he was traded for Carlos Gomez and Mike Fiers...and NOW he's a part of one of the most shockingly good rosters in the game. Except, now that the Cubs have decided that they get to be the ones in 1st.

This is a bit of an abrupt narrative shift, as the whole season had the Brewers on top, and now, thanks to a post-ASG-break streak, the Cubs are holding onto first and not letting them back up. This is almost reminiscent of the 2014 season, where the Cubs spent most of the season in first...and then, with a month left to go, the Cardinals nabbed the division and didn't look back.

There are some qualities that make me think that the Brewers aren't going to plunge into nothingness like they did in 2014, one of which being the rise of Domingo Santana to the fold, becoming the hard-hitting outfielder that Ryan Braun hasn't been in years. Plus, the pitching's more complex, with more young arms than they had in 2014, and a strong closer in Corey Knebel. Everyone seems to be on the same page of progression, instead of relying on aging bats (like in 2014).

I'm not sure if the Brewers will end the year in first, but I doubt they're down for the count.

Coming Tonight: Best player in baseball. And he's only 26.
Posted by Jordan at 10:05 AM
Labels: Brewers, Custom Cards, Domingo Santana