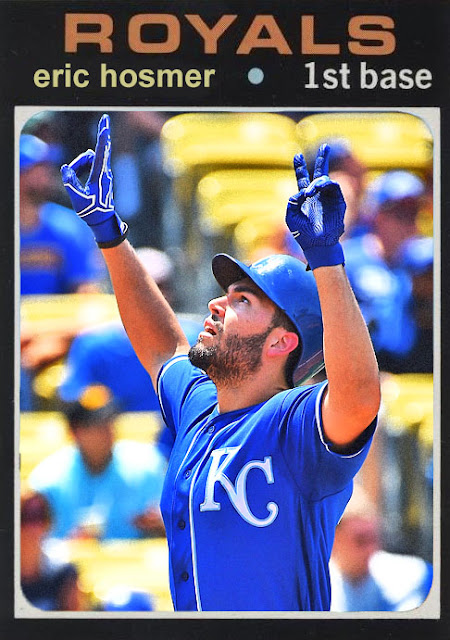 Just like that, after a year of inadequacy, after a year of everybody thinking the Kansas City monolith had ended...the Royals are trying to find their way back to the playoffs, and the Wild Card spot is looking relatively obtainable.

I think it's just the fact that last year, the core of the lineup wasn't really on, and a lot of the youth that they'd been secretly trying to set up throughout the 2014 and 2015 teams didn't really pan out (Whit Merrifield notwithstanding). It was also getting to a point where a lot of the core was beginning to age out, including Alex Gordon and Kendrys Morales.

The funny thing is that the Royals didn't really do a ton to fix these structural problems. Their DH is having the same problems Morales was having, with all home runs and no average. Their rotation has the same problems of having a few too many bloated ERA guys. The youth movement mostly got injured this year. And yet, the power of that core that got them to the World Series is plowing them past the Twins, and into 2nd place.

It helps that Eric Hosmer and Mike Moustakas, the two guys that SI predicted would rule Kansas City back in 2011, are legitimately having the best seasons of their careers, and that newbies like Whit Merrifield and Jorge Bonifacio are lifting the team up.

It's honestly a case of the return of the heavy-hitters of the 2015 squad, like Danny Duffy and Lorenzo Cain, and with Kelvin Herrera doing a great job in the closer's spot. Everybody who was on then is on now, and it's showing.

And the trick is gonna be getting past the Indians, who, while pretty good, aren't as indestructible as they were in their World Series year last year. It'll be interesting to see how it happens, but I'm pulling  for the Royals, hoping they can be the underdog team they were in 2014.

Coming Tomorrow- They may not be in first anymore, but they're not out for the count, especially according to their hard-hitting outfielder.
Posted by Jordan at 9:29 PM
Labels: Custom Cards, Eric Hosmer, Royals