Not All Seagers Are So Lucky 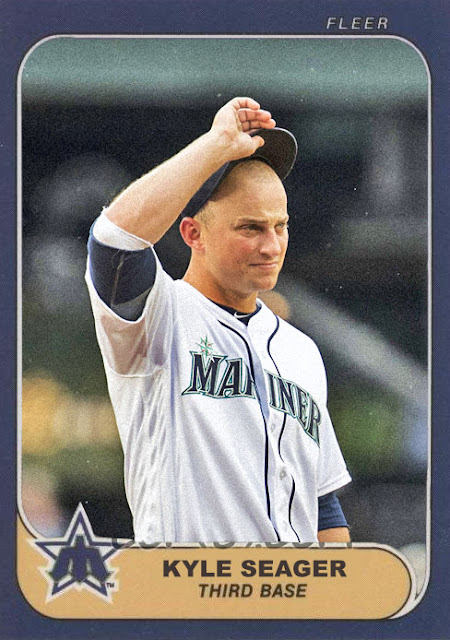 I don't think Kyle Seager has been handed the 'Jim Perry' effect, or the 'Paul Resuchel' effect, but it's looking pretty imminent.

This season, Kyle's brother Corey Seager is leading the Dodgers to an unprecedented victory, putting them miles ahead of any and all competition, and damn near ensuring their place in the upcoming playoffs. Meanwhile, Kyle Seager has found himself as one of the competitors for a very similar team, the Houston Astros. The Mariners are currently thirteen games behind the Astros, and tied with the Angels for second place, which has been a struggle that's been ping-ponging back and forth since June. To say that the Mariners' could use the Dodgers' luck is a grave understatement.

The Mariners have managed to build a fairly decent lineup, thanks to some more impressive home runs from Nelson Cruz, another grade-A season from Robinson Cano, rookies Ben Gamel and Mitch Haniger stepping up, some usual hitting from Kyle Seager, and a host of newbies like Jean Segura, Danny Valencia, Jarrod Dyson, and now Yonder Alonso, adding experience to the fold. Yet at the same time, they're holding onto three trusted starting pitchers because Felix Hernandez, Hisashi Iwakuma and James Paxton are all injured. And while Ariel Miranda is doing pretty well, Yovani Gallardo's having a down year, and the guys they're bringing up and trading for can't keep runs from scoring.

At this point, the Mariners are competing against themselves. Half the team is going for the Wild Card spot, and half the team is giving the Rangers a run for their money at fourth place. It's this struggle that I'm worried isn't going to go well for them, especially considering how the Angels are moving so far this season.

Kyle Seager may not be Corey Seager, but he's gonna need as much luck as he can.