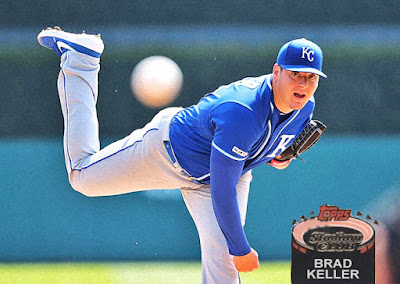 This Royals team is just...I don't think even THEY know what's going on there. Outside of Merrifield, Dozier, Gordon, Mondesi and Brad Keller, this team is...dire. Very, very dire.

I mean, I knew they wouldn't look too good without Salvador Perez there this year, but...they got Billy Hamilton to steal bases and he's stolen less than Adalberto Mondesi. They got Homer Bailey to be a fifth starter, and he's...perhaps one of the two reliable pitchers on the team. Martin Maldonado is a fine catching option, but he's not hitting, and neither is Cam Gallagher. Ian Kennedy is closing games. They got Lucas Duda back to hit home runs off the bench, and he's barely even doing that. Jorge Soler is their big home run hitter, but he's the kind of one-dimensional hitter that isn't gonna last long in baseball, let alone in KC.

There's...no depth. None. You can see a guy like Humberto Arteaga trying to weasel his way onto the forty-man, but you know he'll be back in Triple-A once Mondesi comes back. They're basically shitting away all their bullpen options one by one in the hopes that one of them works. And if you look at Triple-A, there's not much going on there either. Like, other than Bubba Starling hitting over .300 for the first time in ages (boy, wouldn't it be funny if the season gets so dire that they have to bring up Bubba Starling?).

So, what do the Royals have to look forward to? I have no idea. I have no idea how long it's gonna take them to rebuild. I just hope something good happens to them soon.