The Pirates Claw Back 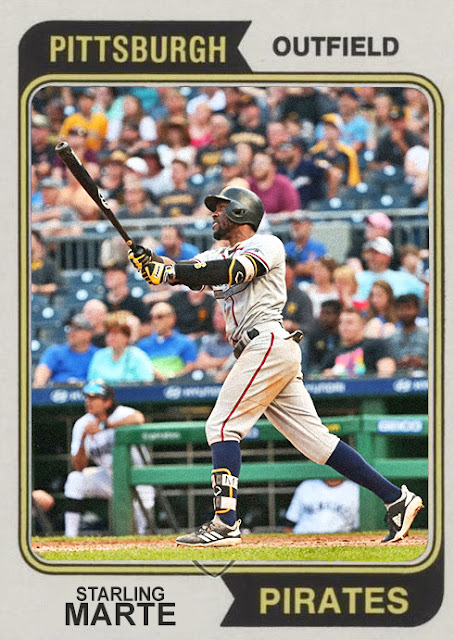 There was a season of Survivor that just aired called Edge of Extinction. It wasn't very good. But the premise, or gimmick, behind this season was that once players were voted out of the game, they went to a separate island where they just stewed there until they got another chance to come back into the game and potentially win everything.

That's kind of what the NL Central is like this year. Even the last place team still has a chance to come back and take it all. Even the Pittsburgh Pirates, who were reeling from a series of losses last week, have managed to sweep the Houston Astros, win 8 of their last 10, and jump right back into the race.

And that's what I love about the Pirates, too. Even if they have a bad run or so, they still have the propensity, and the potential, to be good again for a bit. This is a very different team than the one that was a playoff contender for a few years, but the chief similarity is the emphasis on contact-hitting rather than power-hitting. Yes, Josh Bell has 22 home runs, but he's also hitting .307 with 72 RBIs. There aren't really any one-dimensional power hitters on this team, and with that you get a lot of guys like Bryan Reynolds, Colin Moran, Kevin Newman and Corey Dickerson, who can just hit where the infielders aren't and keep momentum rolling.

The duo of Starling Marte and Gregory Polanco is still leading this team, even if post-HGH-suspension Marte isn't the biggest MLB name anymore. Marte is still having a nice enough season, with a .273 average and 12 home runs. I do think he's a better player when he's not the sole reliable hitter, and when he's not really pushed into a leadership position. Josh Bell might be the better anchor, so Starling might just be there to be a formidable outfield bat...which he can do.

It also helps that the rotation is coming around, too; with the exception of Chris Archer, the main core of the rotation is heating back up again, with Joe Musgrove, Trevor Williams and Jordan Lyles having fantastic recent starts, and Steven Brault inching his way back into the rotation as well. There's still a few injury issues, but pitching has definitely improved since the May struggles. And...there's always Felipe Vazquez. Despite trade rumors, he's still one hell of a closer (reminds me: compare/contrast Vazquez now to Mark Melancon in his prime, see if we were fooling ourselves back then).

Look, I'm just glad there are things to talk about with this team. 3 years removed from working in Pittsburgh in the heat of Pirates-mania, and I'm still rooting for these guys.

Coming Tomorrow- When you look at a rookie class, it's always hard to pinpoint which guys are gonna become superstars. Looking at this guy's rookie and sophomore years, I never would have thought he'd be up to 4.1 WAR this year, closing in on a starting ASG gig, and LEADING one of the best teams in baseball.
Posted by Jordan at 8:09 PM