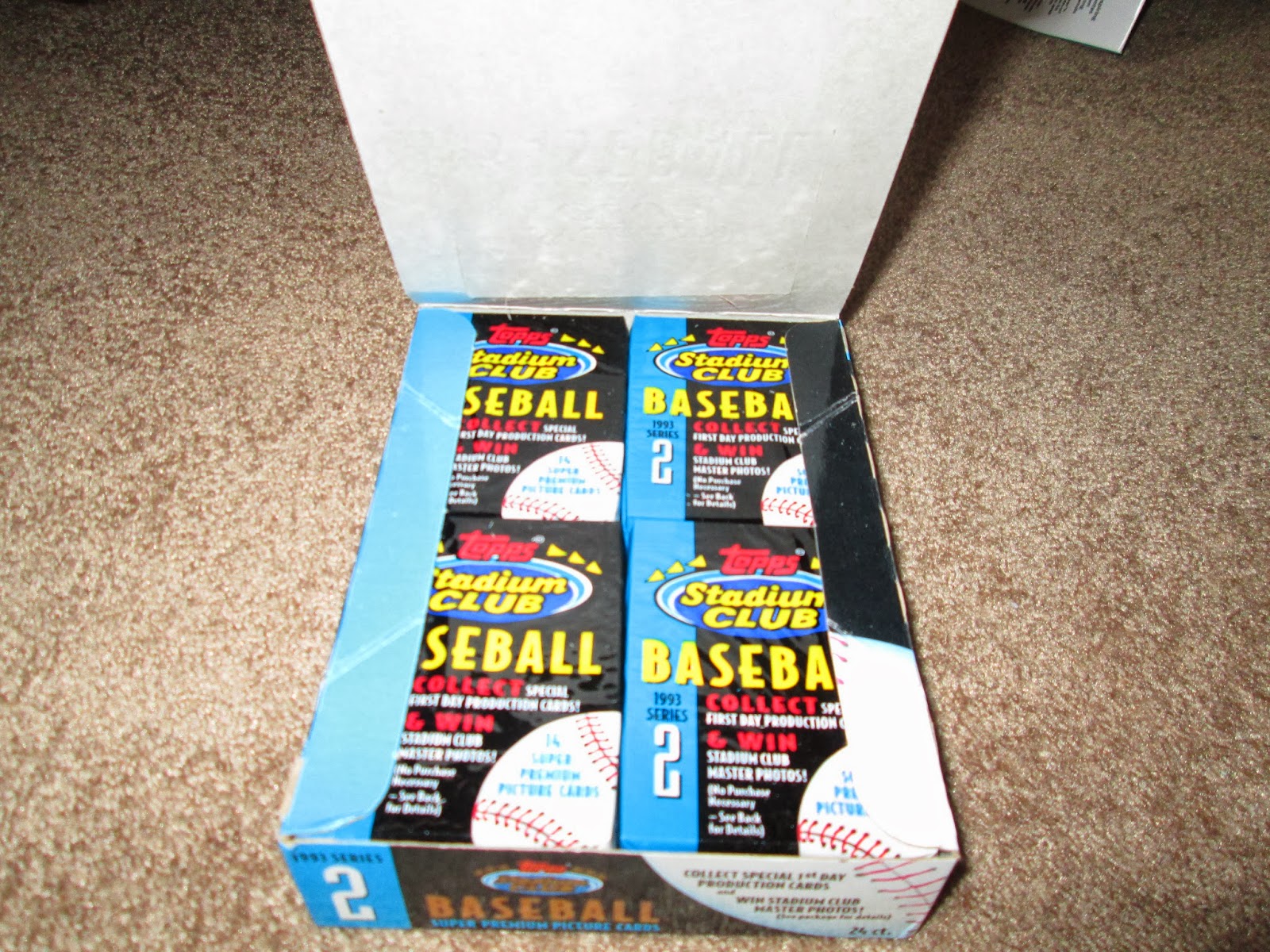 These are the last 1993 Stadium Club packs you will ever see me rip. Also, this is likely the last appearance of the brown carpets in my den. So bear with me as we cut into the last eight packs of this box. Will there be any more appearances by Hall of Famers? We will soon see. 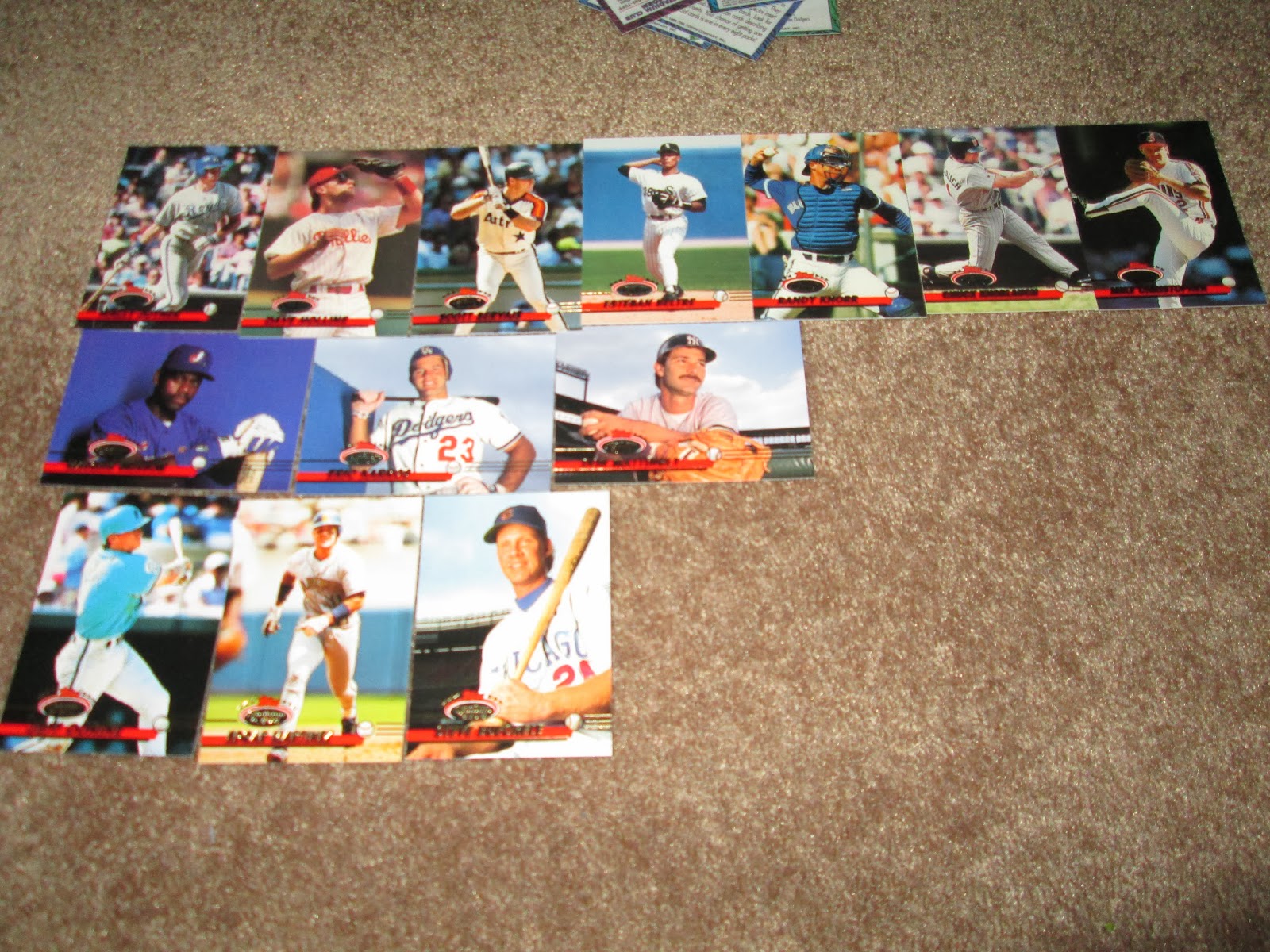 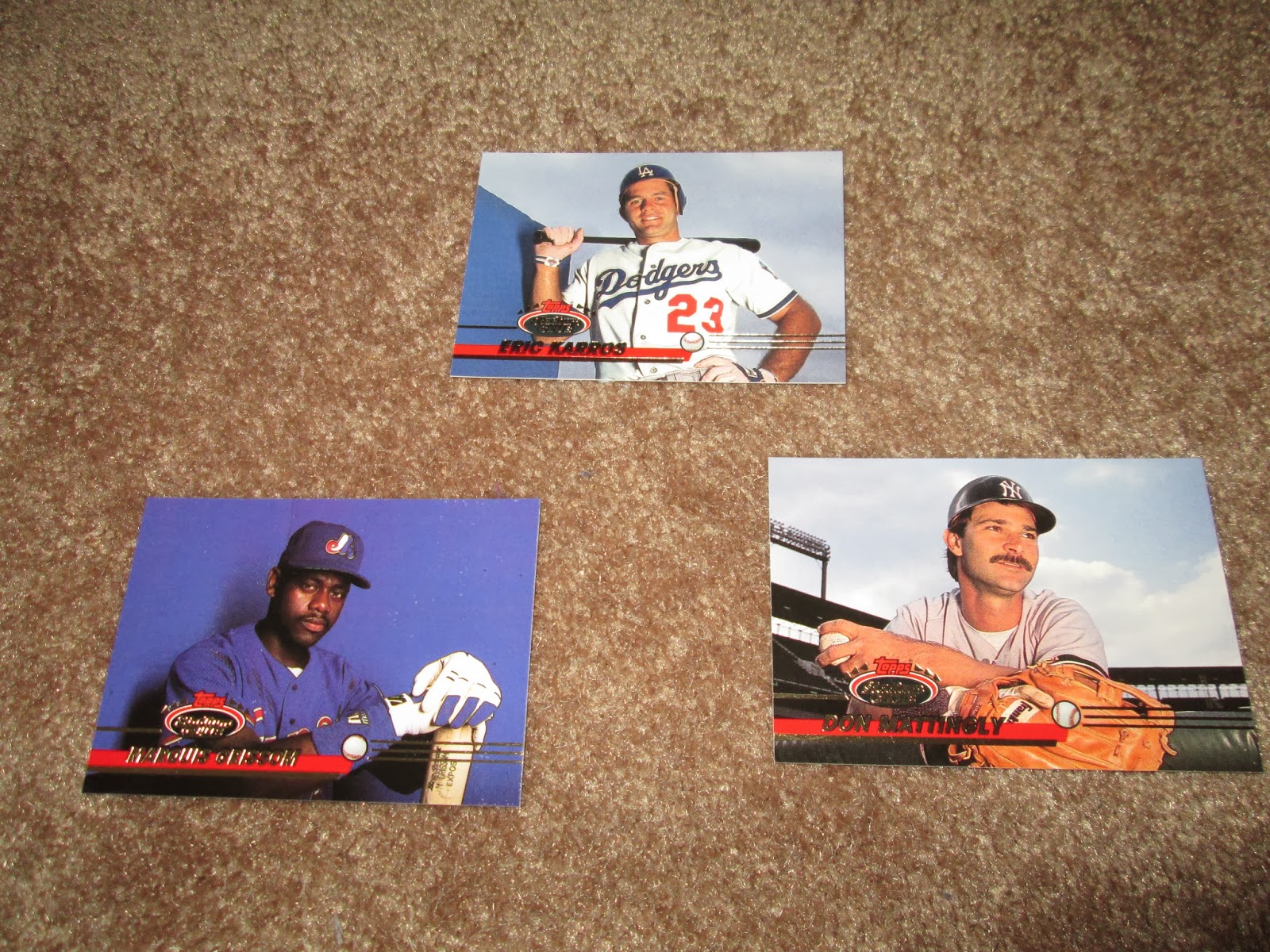 Three people that were generally big in 1993- Marquis Grissom, Eric Karros and Don Mattingly. A few great sideways shots of these guys.
(I had a picture showcasing Edgar Martinez's card, because they're awesome, but it wasn't taken, because argh) 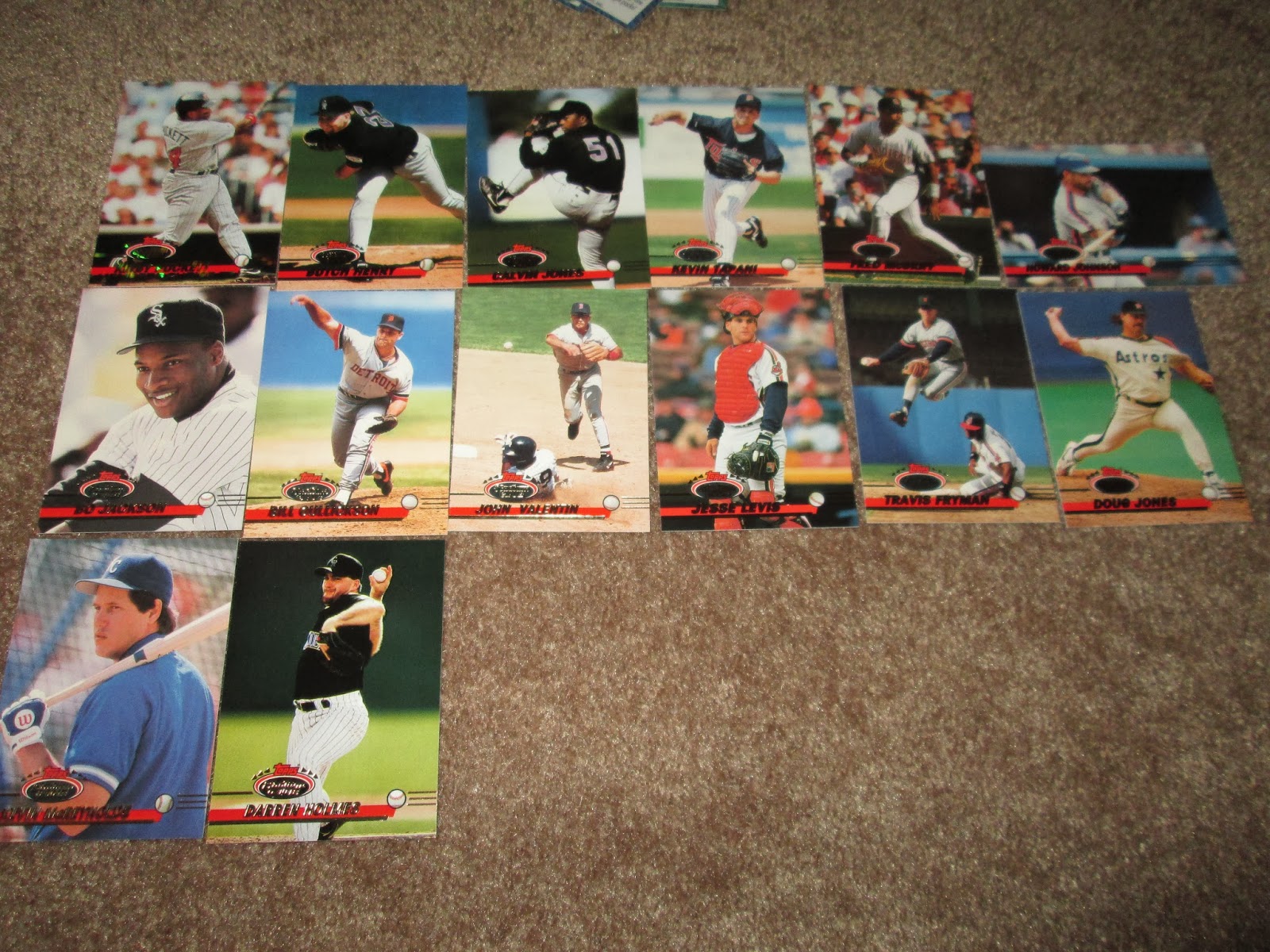 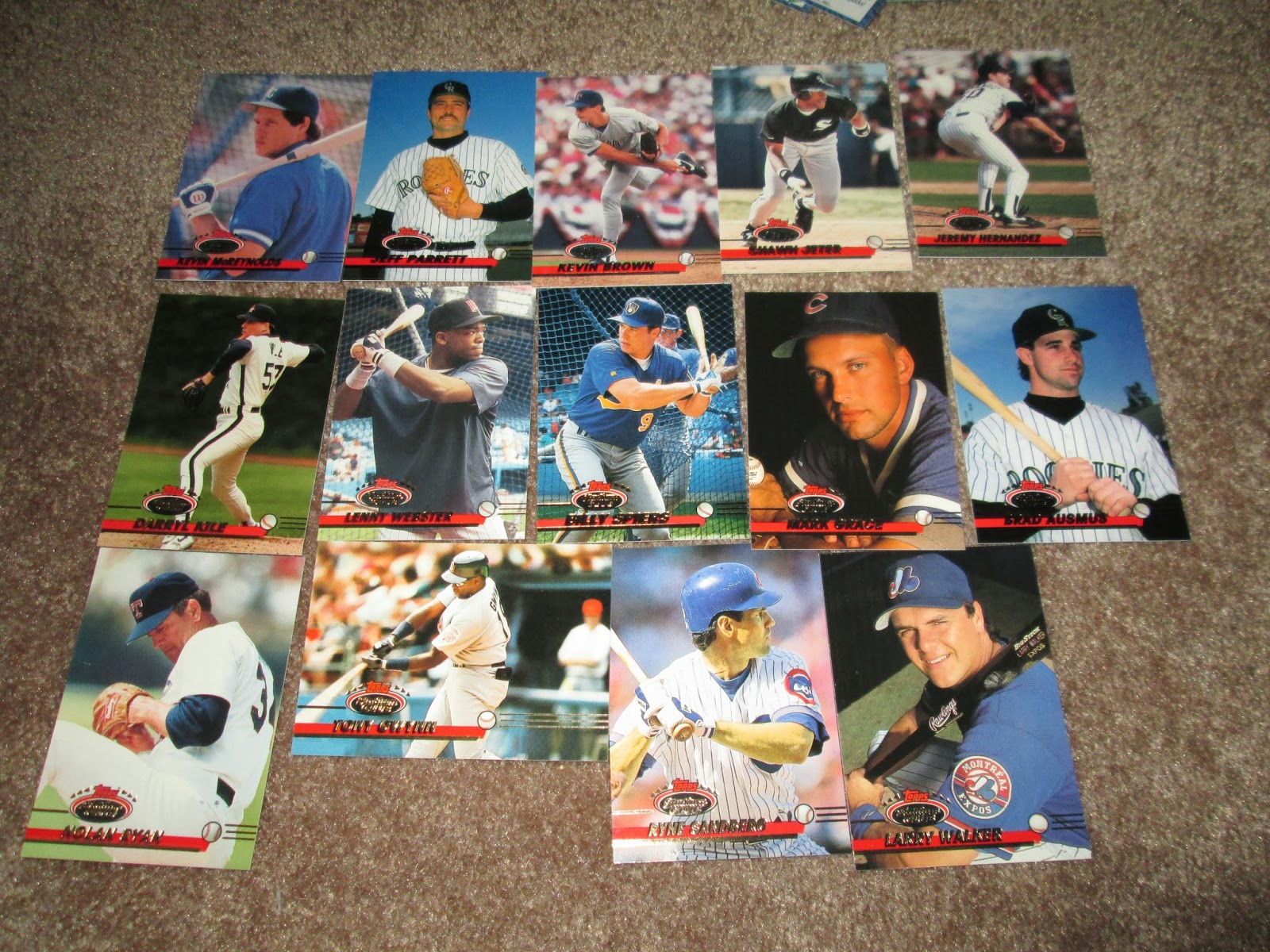 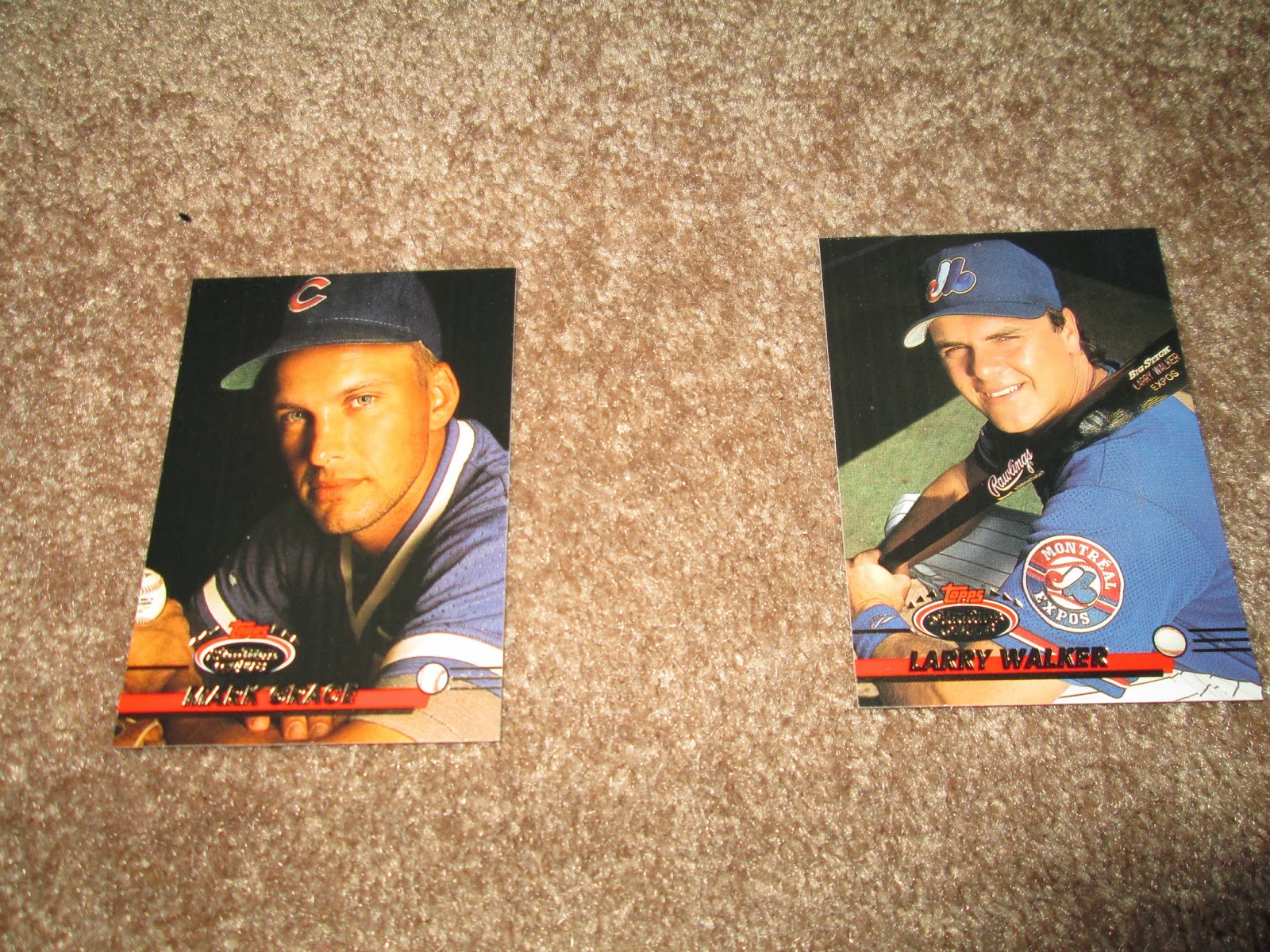 Two darkly lit shots of future expansionist powerhouses. Only difference is that Larry Walker lacks a World Series ring, while Grace won one in 2001. 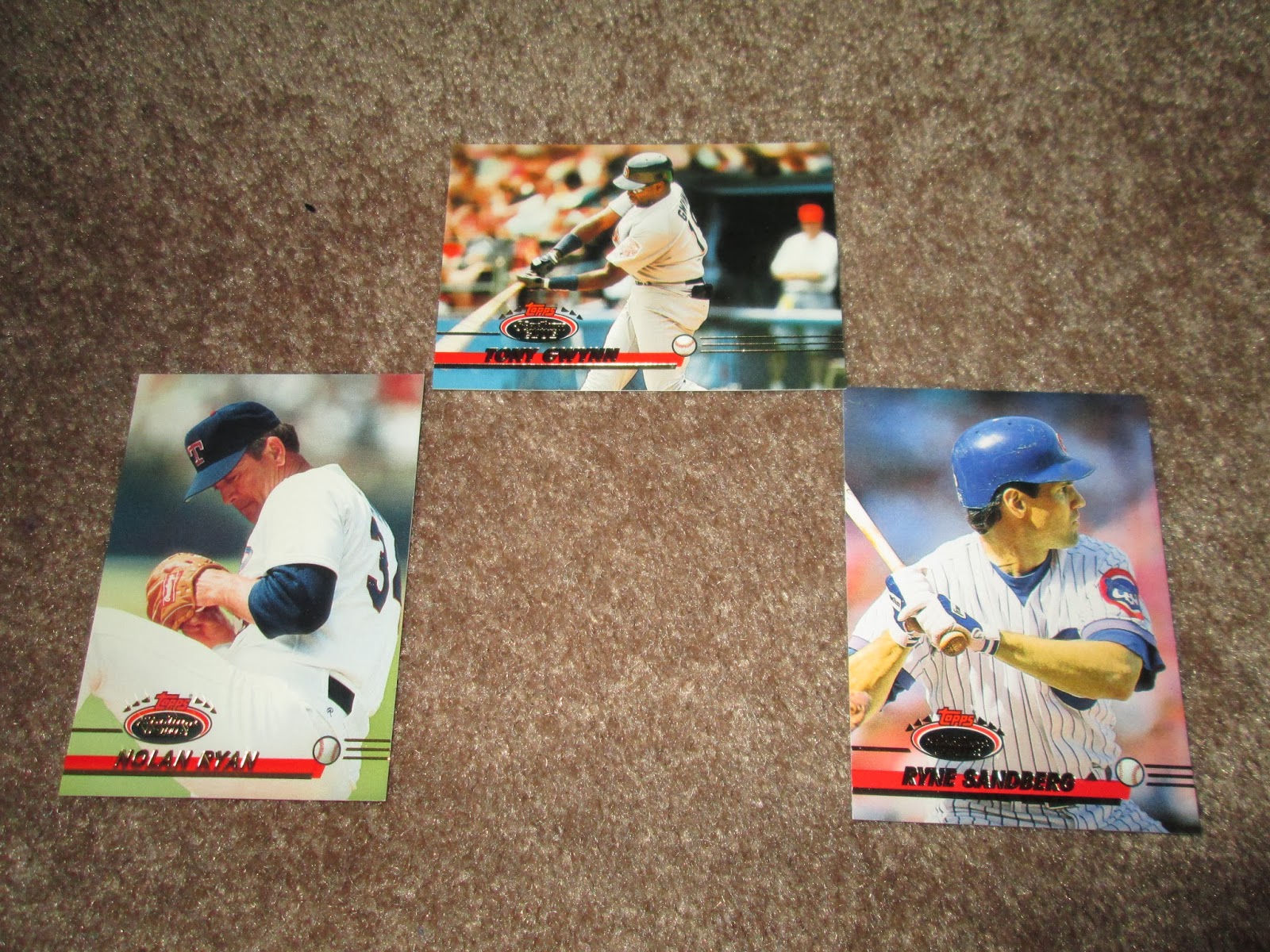 Tony Gwynn, Ryne Sandberg, and Nolan Ryan. All in the same pack. Keep in mind that Ryan's last season was in 1993, Sandberg would be retired in five years, and Gwynn within ten. Hell of a place to find them all. 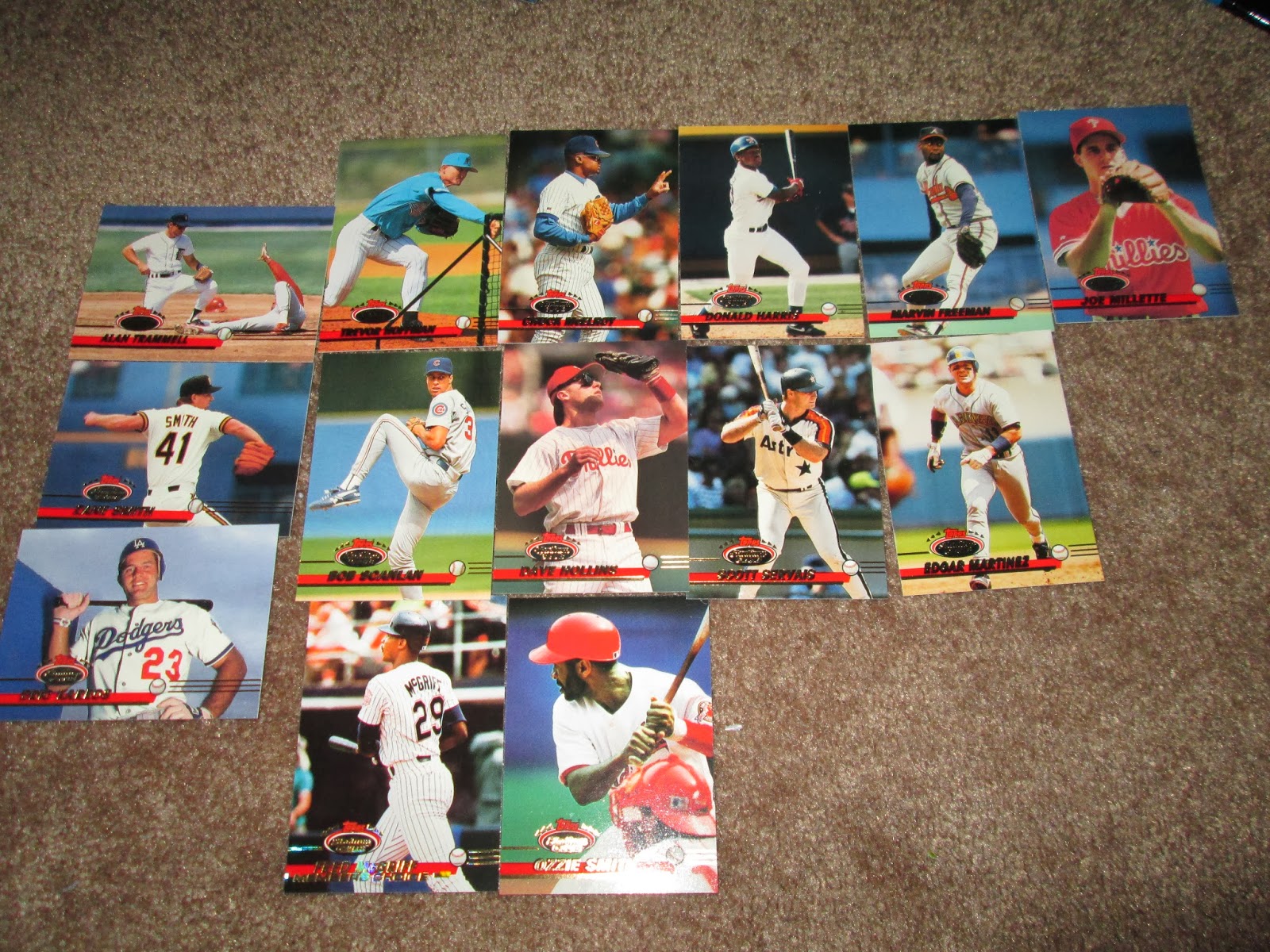 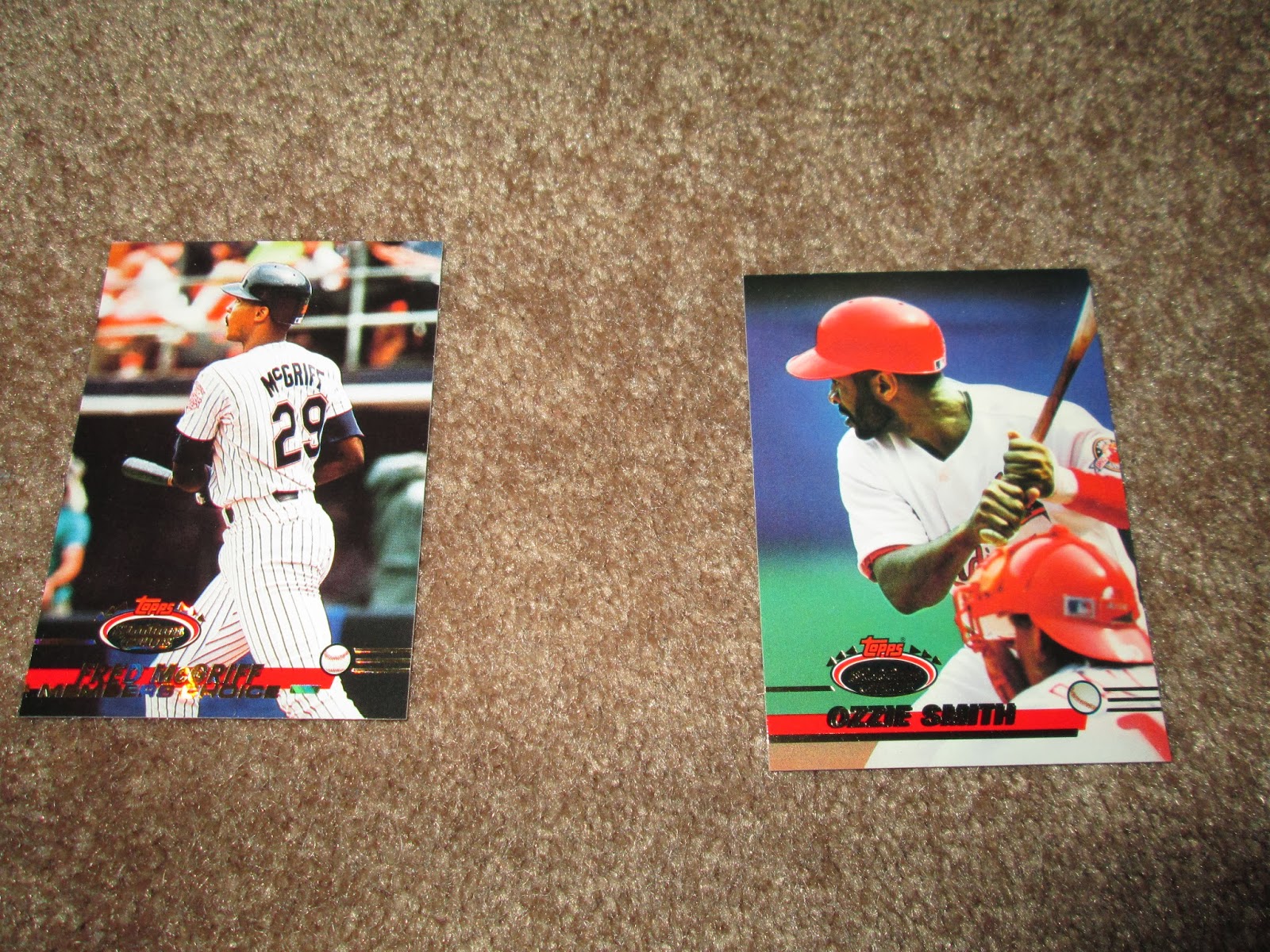 That is a Member's Choice of Fred McGriff, and a really, really cool base card of Ozzie Smith. The two highlights to a really crappy pack. 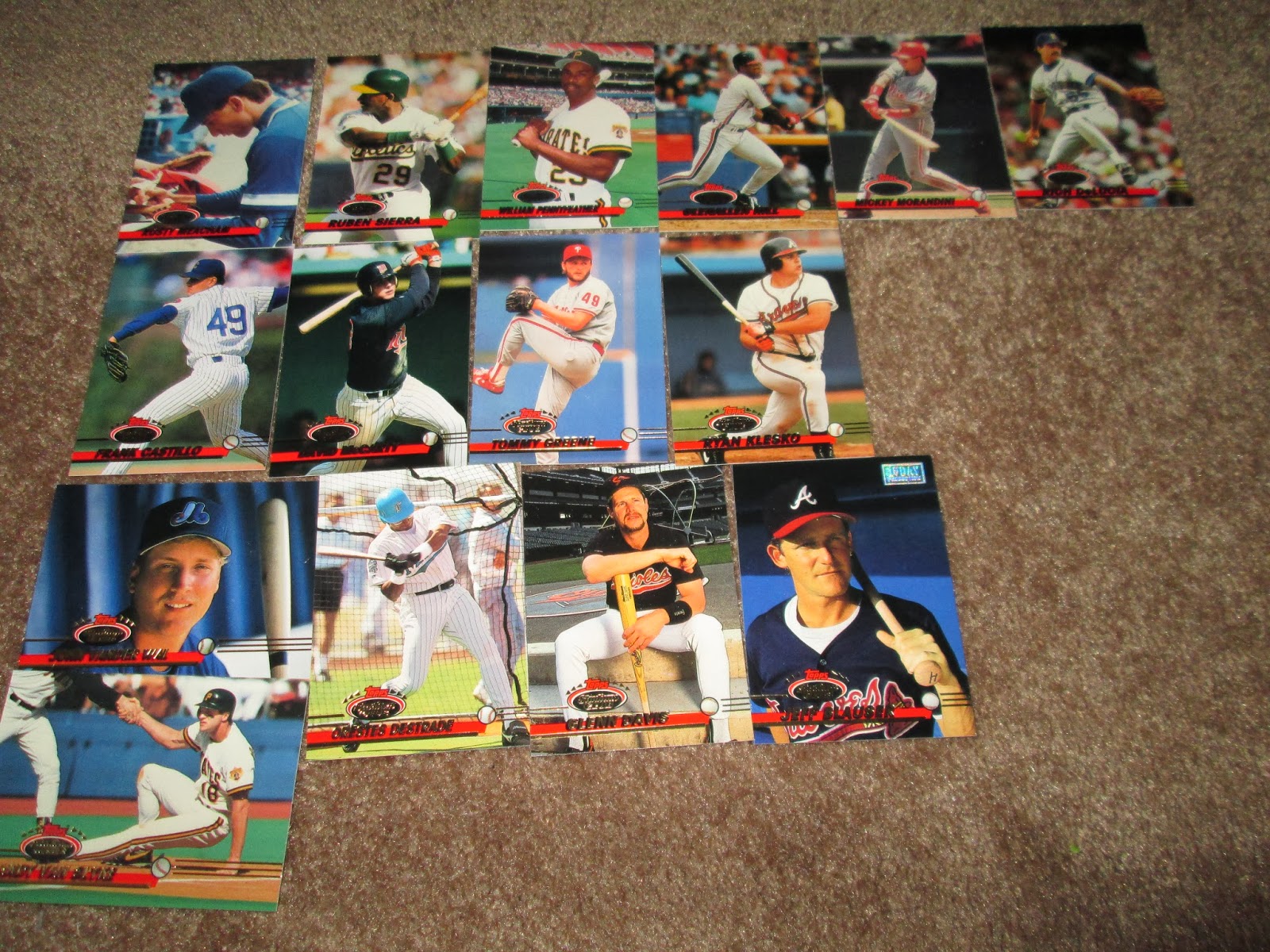 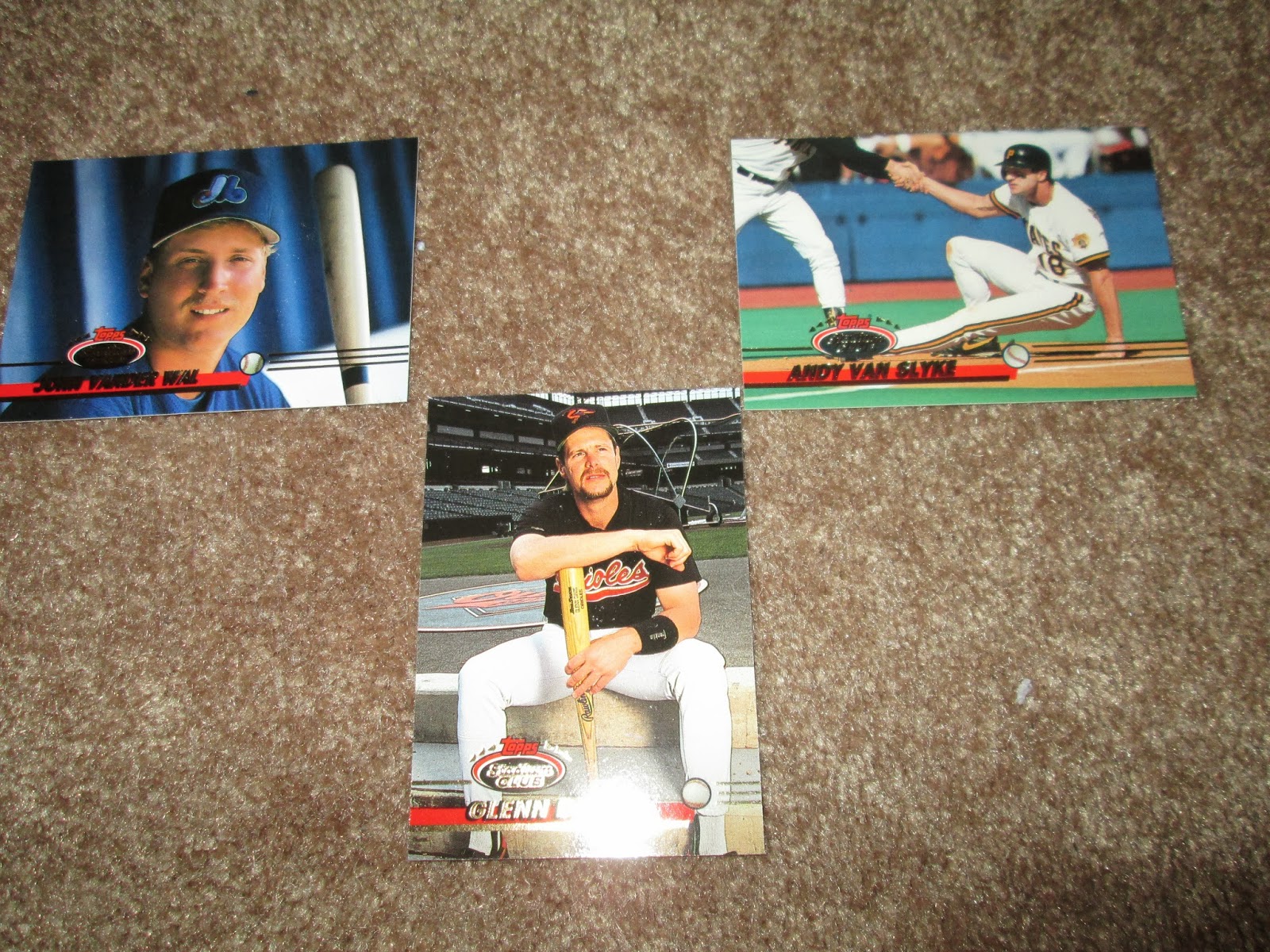 John Wander Wal...look, you can TOTALLY see it. Just add any old Walken line. Even a "Bruce Wayne, what are you doing dressed as Batman" or something.
Glenn Davis looks poignantly upon his final season.
Andy Van Slyke slides to remain relevant, doesn't quite. 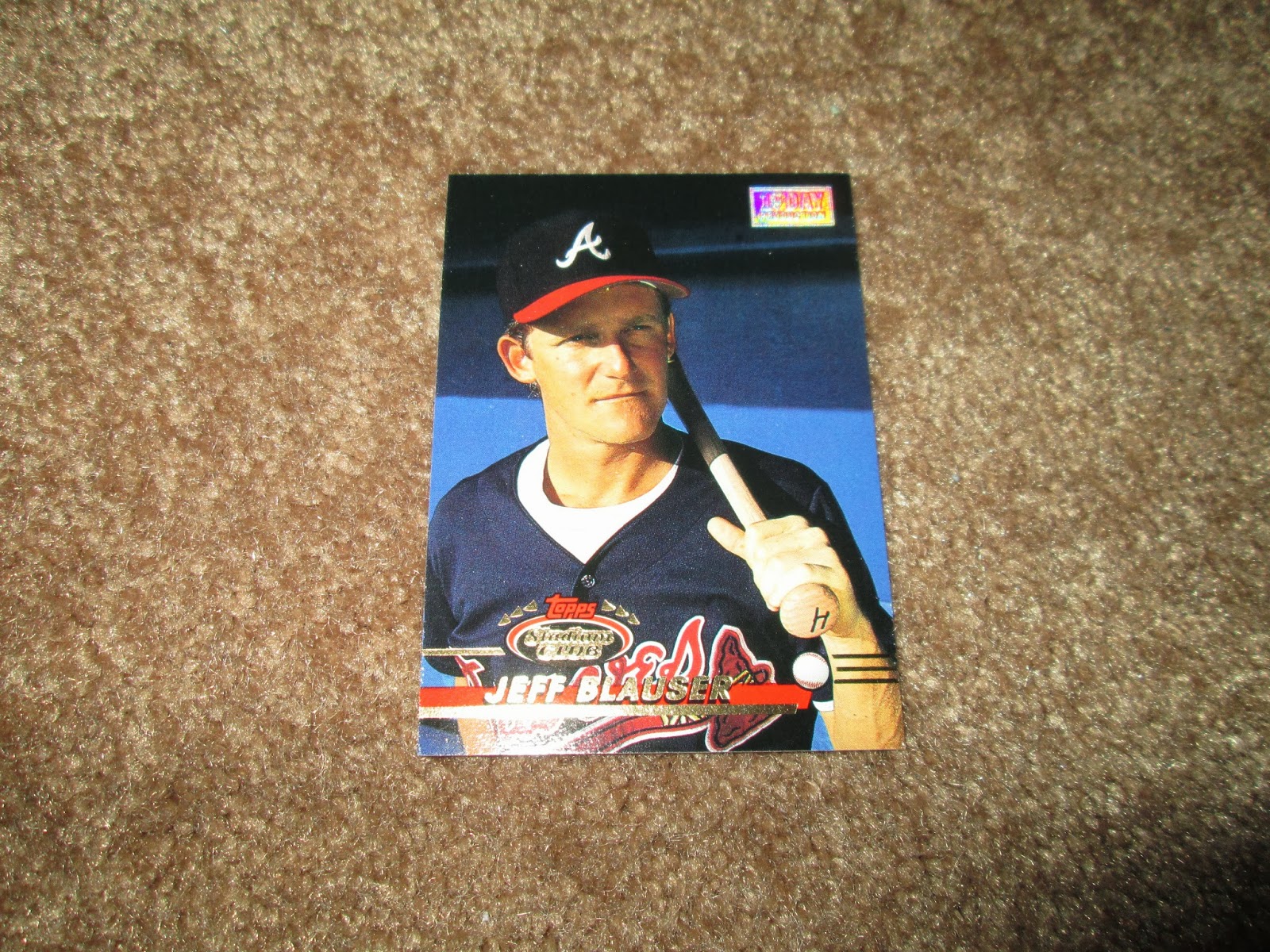 Jeff Blauser is the box's First Day Issue card, which is pretty nice, as any of those are pretty cool to pull. 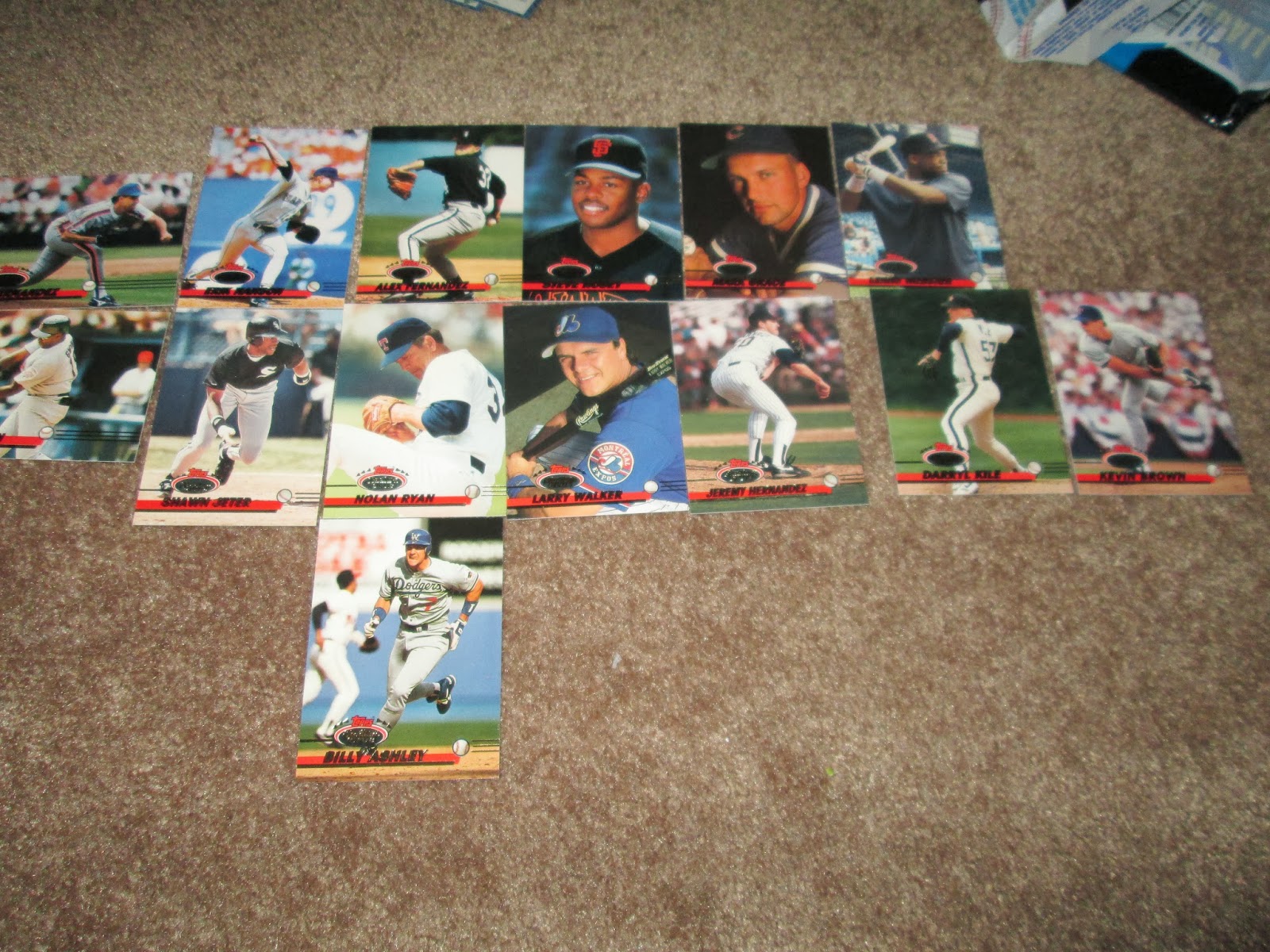 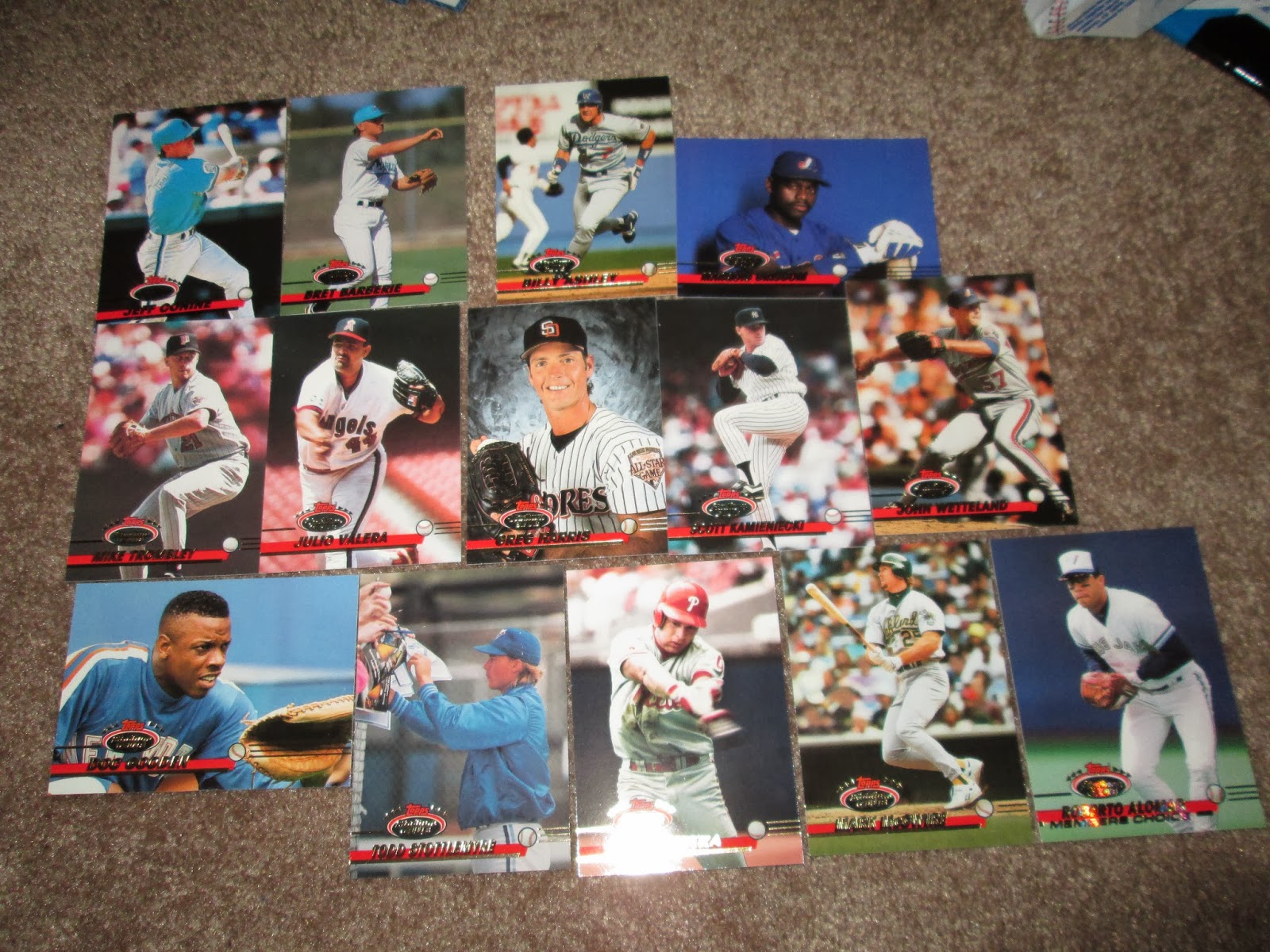 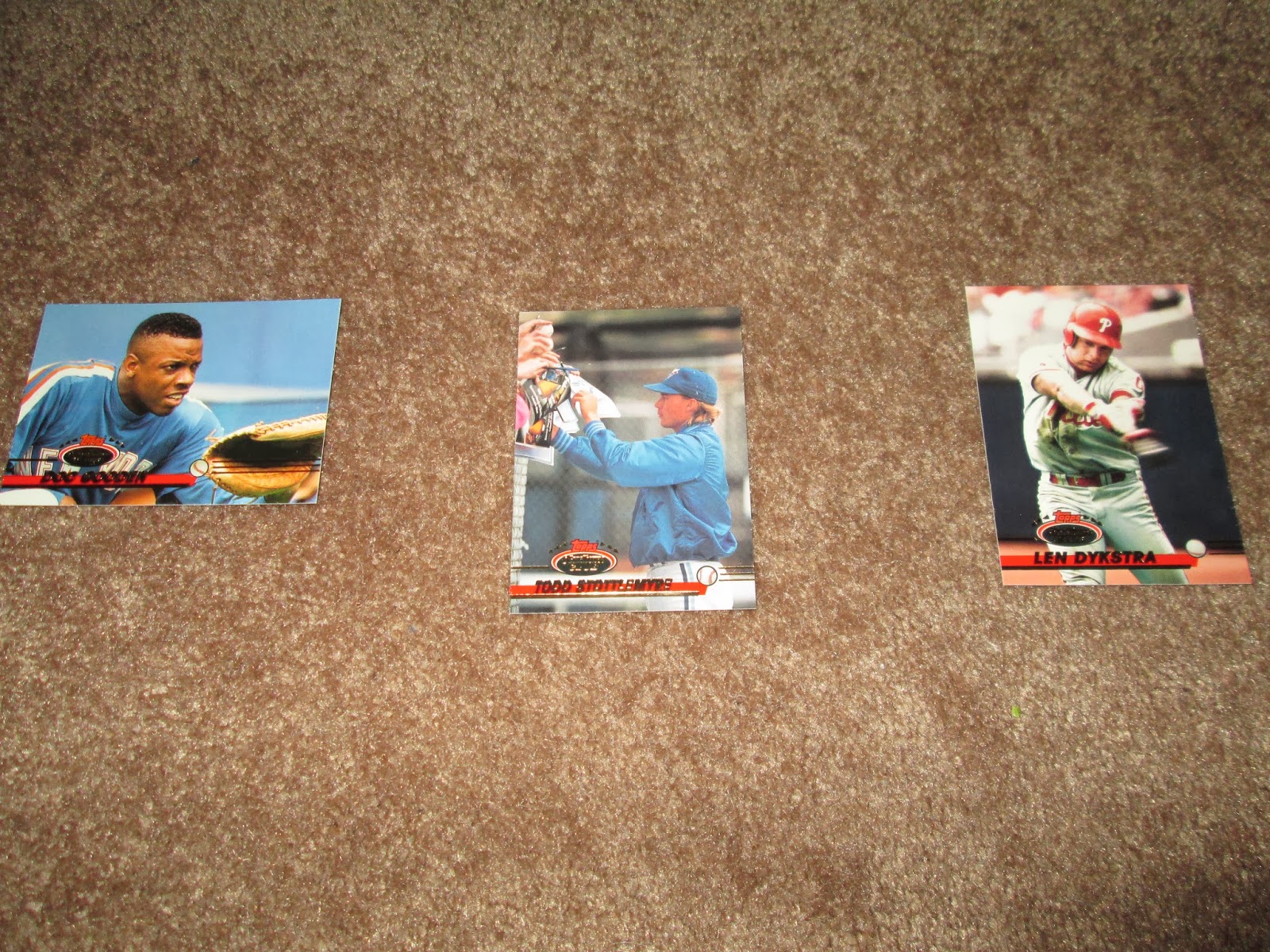 Doc Gooden playing catcher...hm. Weird.
Todd Stottlemeyer signs autographs, which is pretty cool.
That Lenny Dykstra is a pretty awesome one, regardless of anything. 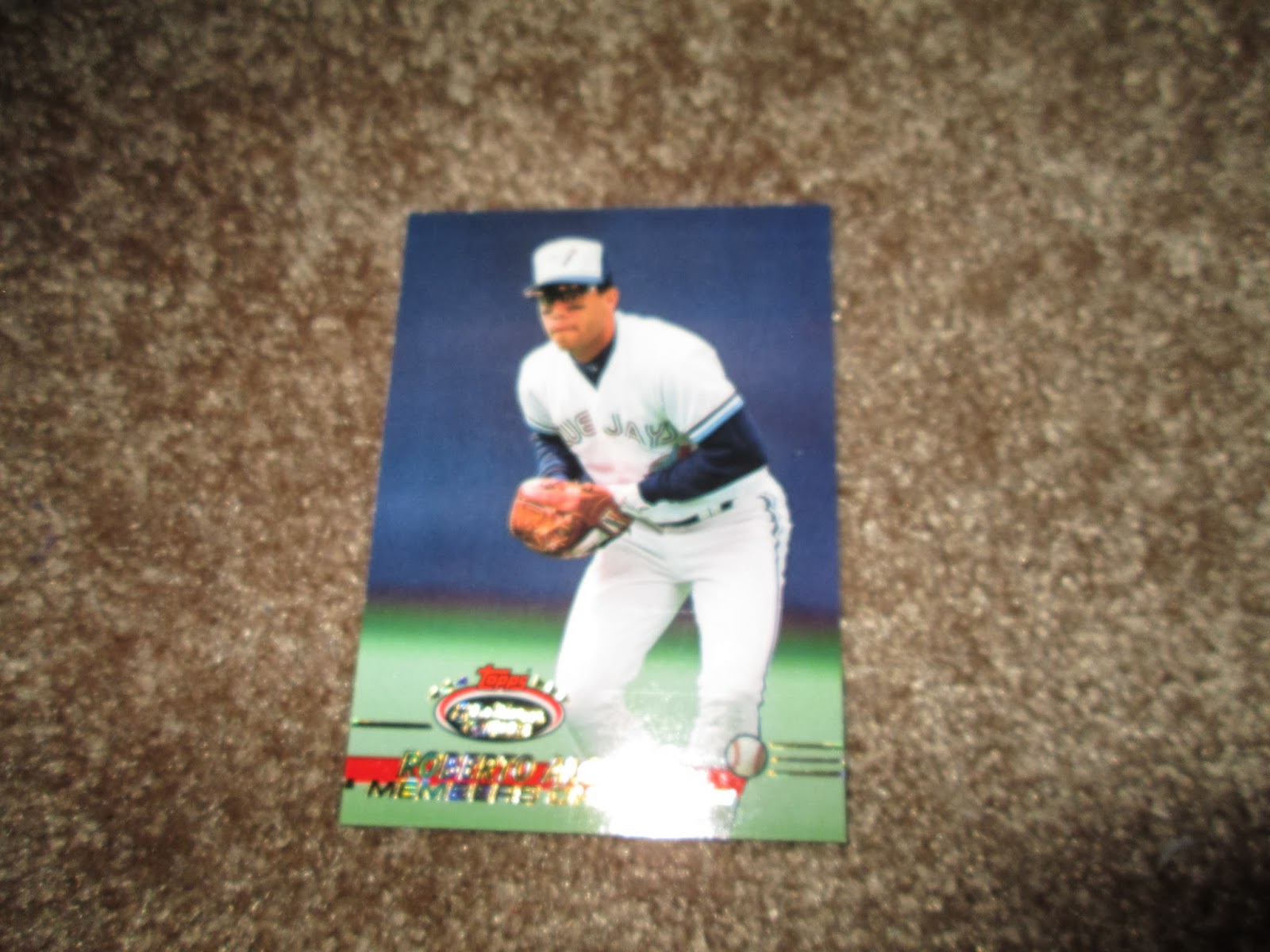 ROBBY! A Roberto Alomar Member's Choice card, which is a pretty nice one. 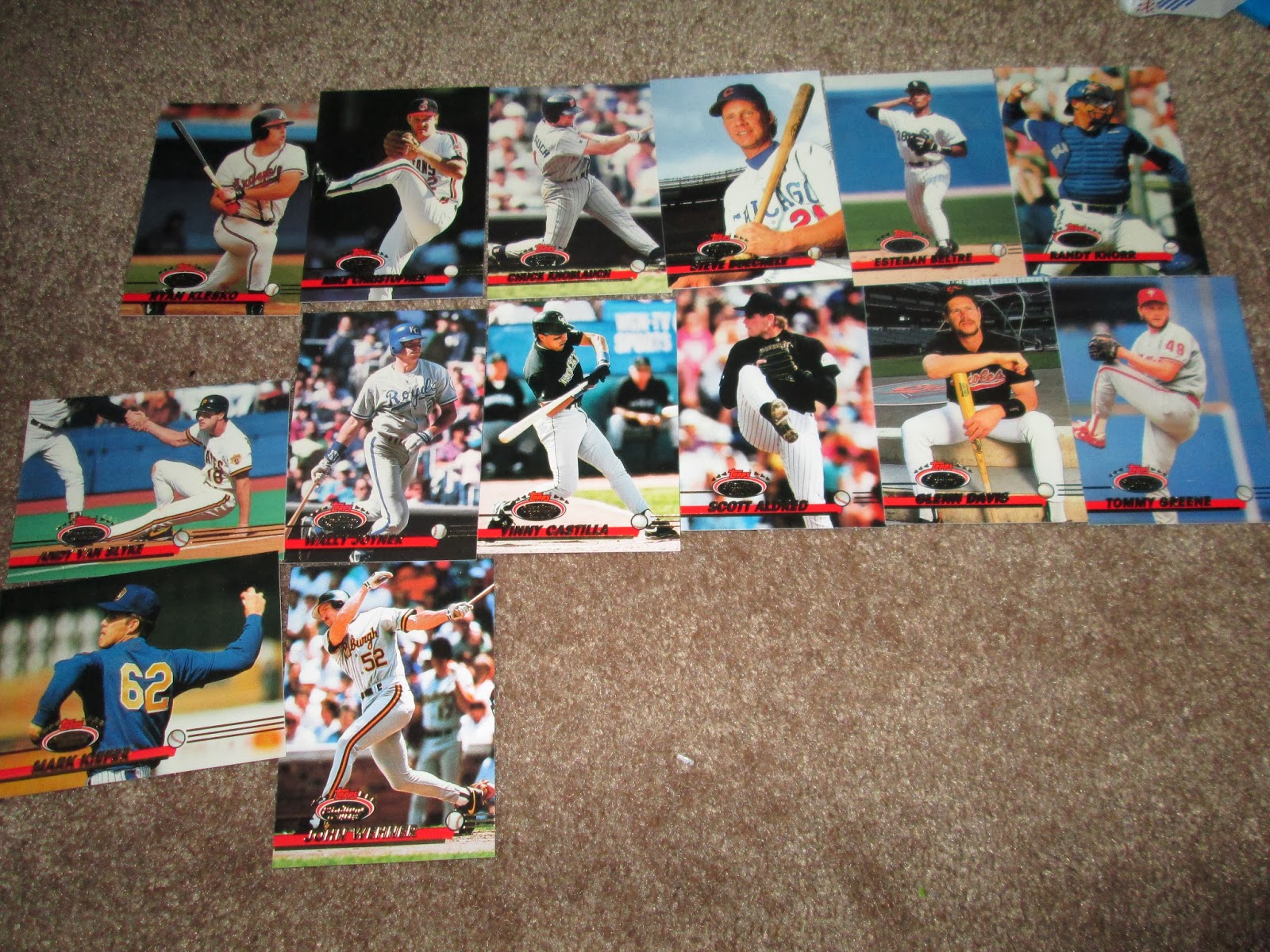 So, that's the box. Wantlists will be up tomorrow.
Posted by Jordan at 9:43 PM
Labels: 1993, Nostalgic Box Break, Stadium Club, Topps