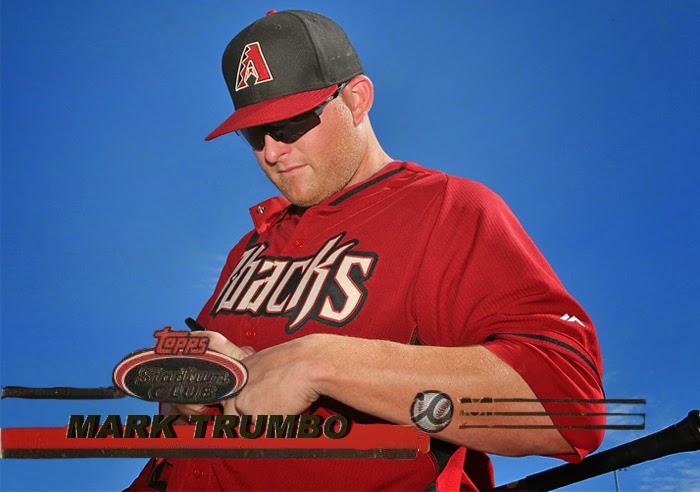 Given the mood, and the amount of photos that my photo source has been giving me (next to nothing), I'm confined to doing a shot of Mark Trumbo that seemed to me like it'd be found in any classic Stadium Club set.

Specifically the one I've ripped three boxes of.

I know Trumbo's an odd choice for a 2nd custom of the year, but it's a nice shot, and I got it while it was hot. I'm actually kinda impressed with how this turned out, too.

By the way, something I forgot to mention with the Cano custom- this year, unlike any other year, I am actually presenting my custom cards as a year-long set. Series One began with Card #1, Robinson Cano, and will go up until the All Star Break. Series Two will go from there until the end of the season. Series Three will be in December, with anyone left.

I will be numbering the cards, because I put more effort into this crap than Topps does.