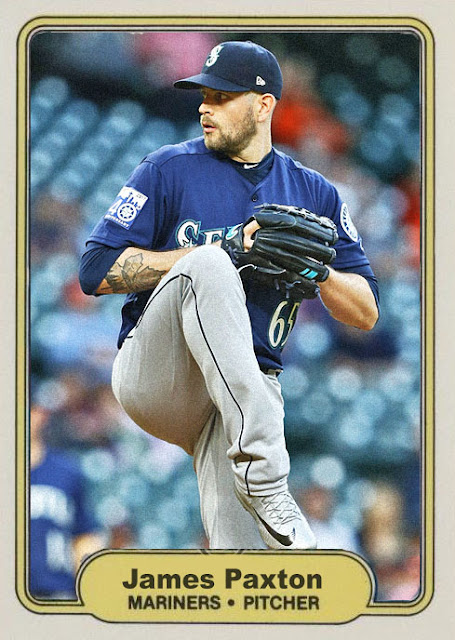 I mean...they've got a guy with a 1.39 ERA, two rookies who're blazing through the league, and Nelson Cruz finally deciding to hit again. Yes, they're uneven, but with so much going for them, you'd think the Mariners would be higher than last.

I saw James Paxton pitch against the Pirates, and on this particular night the Pirates clobbered the hell out of him. He didn't have his best stuff, and he was dominated by Marte and McCutchen and those guys. So imagine my surprise when, top of the season, James Paxton is on a ton of the Leaders charts. Like...I thought he was crap!

Whatever he's been doing has been working- he's got a low ERA and a ton of strikeouts right off the bat. He hasn't had many bad outings thus far, and he's currently anchoring the dilapidated Mariners rotation, in the absence of an alarmingly weak Felix Hernandez. In a last-place team, you need a few sources of hope, and Paxton's performance thus far is a sign that maybe this won't be a perennial last place squad this season.

Look...Taylor Motter and Mitch Haniger have come from nowhere (read: trades) and are having amazing rookie seasons. Jean Segura, Robinson Cano, Kyle Seager and Nelson Cruz are FINALLY hitting.  Even if a lot of the lineup is slumping, and even if the rotation's looking dire, all hope's not lost if what's surging currently for the M's continues to surge.