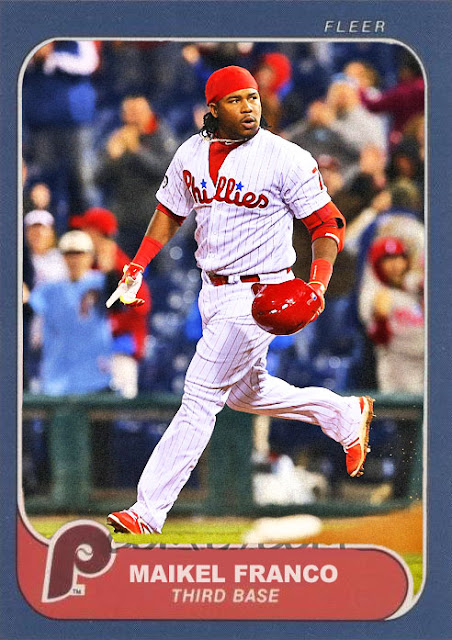 Yeah, you probably forgot about that, didn't you?

Ever since the collapse of their unstoppable 2008-2011 rosters, they've been sort-of an afterthought in the MLB. In 2012, the Nationals took over, and since then pretty much everyone else in the league (save for the Marlins) have had a chance to take over the division for a year. Meanwhile, the Phillies have lost all of the young stars that made their 2008 team great...though most of them just became old stars. They've been trying to bank on an alright farm system, and things are...sort of panning out?

Right now the Phils are in second place in the NL East, behind the still-fantastic Washington Nationals, and in front of the suddenly-injury-prone New York Mets. It's a very odd place to be for a team that's been really bad for a while. And this isn't even their best squad- right now Howie Kendrick's injured, and the roster isn't completely wonderful...but they're winning games, and that's reason to be a bit happy.

Mostly it's the pitching- Jeremy Hellickson, Vince Velasquez, Jerad Eickhoff and even a surprisingly good return performance from Aaron Nola. They're keeping the team afloat, and Hellickson, like last season, is getting a ton of acclaim. At the same time...Cesar Hernandez cannot be ignored. He's having the best season of his career, and he's redeeming himself from his poor start after replacing Chase Utley. Yes, this is the Maikel Franco and Odubel Herrera show, but Cesar Hernandez is doing a fantastic job of making Citizens Bank Park his own amphitheater.

Again, the Marlins and Mets have a bit more meat on them, so I'm not sure how long this will last, but it's amusing enough to see the Phillies win games against the best of them.

Coming Tonight: Testament to the youth movement in Cleveland- two years ago nobody knew who this guy was. Now he's one of the more powerful members of the Indians' lineup.
Posted by Jordan at 12:06 PM
Labels: Custom Cards, Maikel Franco, Phillies