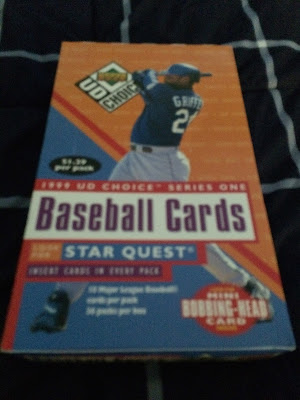 Robin Williams voice: "eight months ago...we started a box. It was a terrible box. It unleashed horrible things. It did terrible things to us. And now...we're all going to *sit down*...and we're going to finish it."

I did the last bit of this box in June. I opened this box in 2015. I am FINALLY....FINALLY GOING TO END THIS TODAY, with the last nine packs. This set nearly broke me. It did not try. And when it did, it tried malevolently. 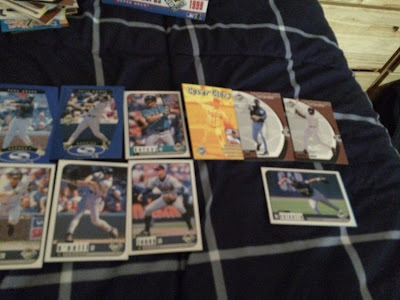 Pack 28-
This is where we're at. Most of the remaining base cards are either dupes or lone needed ones. Most of the subsets are dupes because they're so badly seeded. 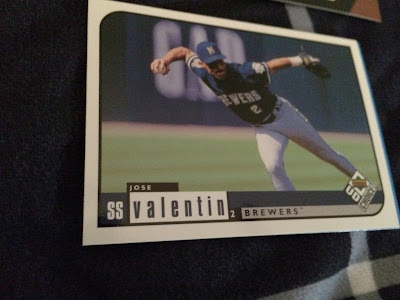 This is not a well-designed set, but this is one of the few really nice photos they use in this set. Mostly they're very bland and uninspired, kinda like modern Topps, but the Valentin one is good. 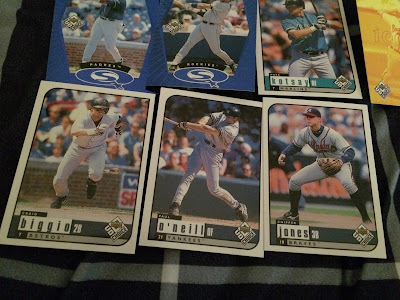 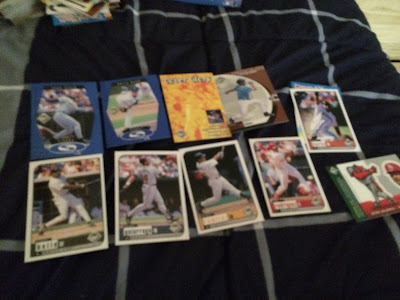 Pack 29. More of the same. Only the Cover Story cards really stand out, and they're not well designed at all. 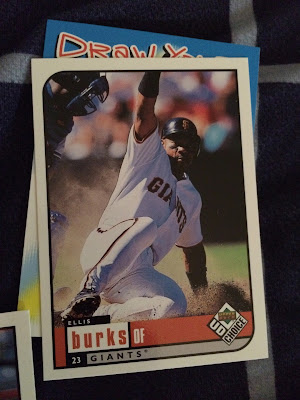 Yes, this is a nicer base card, of Ellis Burks' rare San Francisco stint, but it's cropped a bit too short and we could have seen more of the catcher, too. 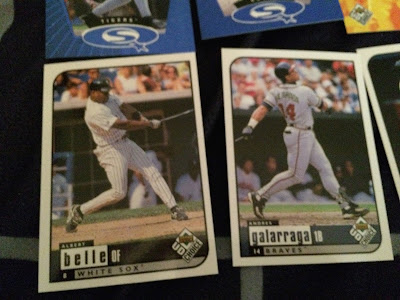 Belle and Galarraga, two of the best hitters of the 90s, in unfamiliar uniforms. 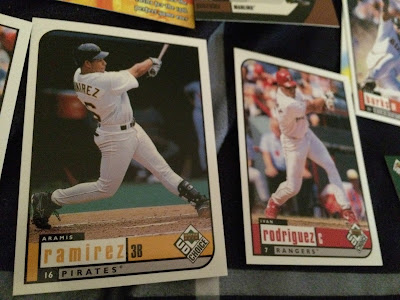 Aramis Ramirez on the Pirates, always a welcome sight, and Ivan Rodriguez, a Hall of Famer and catching legend. 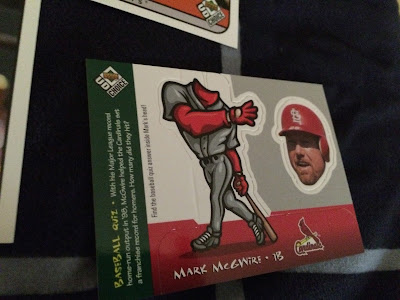 Annnnd a Head-Up insert of a guy whose head has definitely inflated a ton, Mark McGwire. 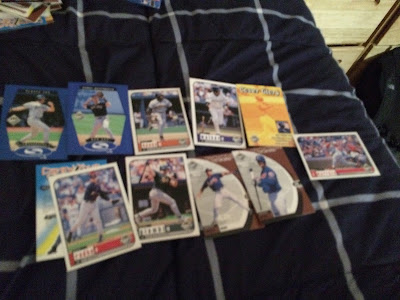 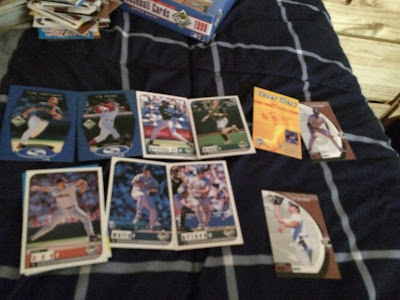 Pack 31- All dupes. And they're not even FUN DUPES or anything. 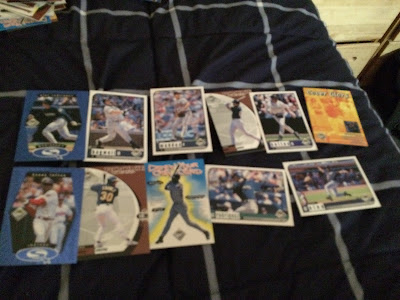 Pack 32- Base dupes and subset highlights: 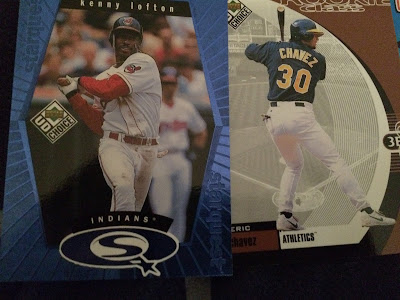 Kenny Lofton in his Indians greatness, and Eric Chavez before he got great (and injured). 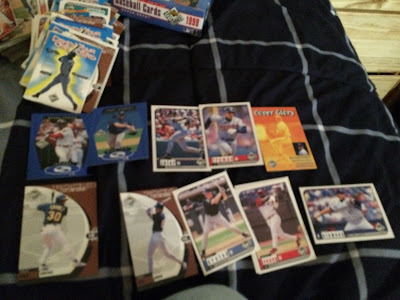 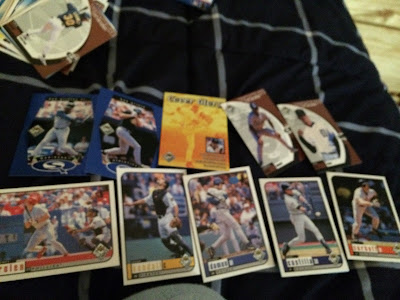 Pack 34- Thankfully not all dupes 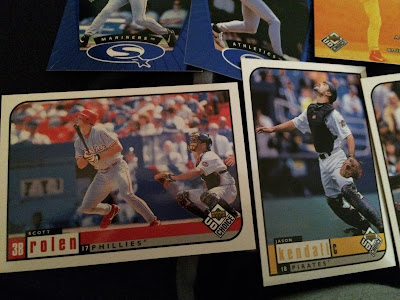 A great, zoomed out card for then-rookie phenom Scott Rolen, and a great catching card of then-backstop-great Jason Kendall. 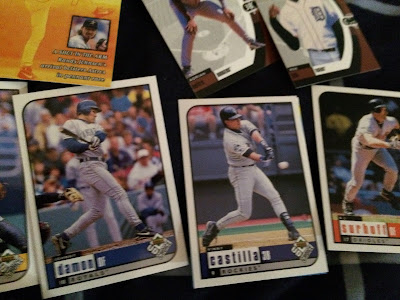 JOHNNY DAMON, YAY. Even if it's a bland photo.
And Vinny Castilla still being kinda relevant in 1999? 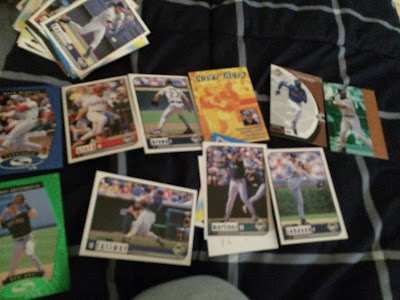 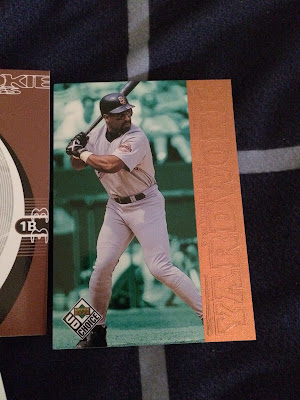 It's one of Greg Vaughn. Yes, it's a YARD WORK one, which is pretty cool, but...Greg Vaughn. His cards have not aged well. 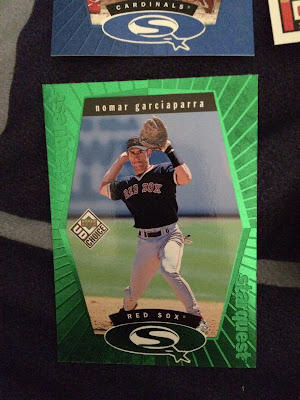 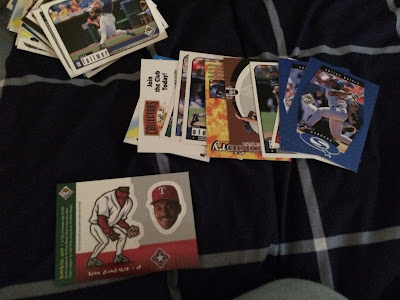 Pack 36- The box ends with a Heads-Up insert of Juan Gonzalez. Uhhh, quick, give me something to make me feel slightly better! 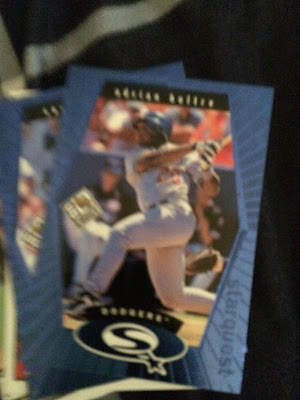 So...that was 1999 Choice. I never have to open another pack of this goddamned thing again. I am happy. I am content. Also, now I can focus on posting a much better 1999 product's rip.
Posted by Jordan at 5:38 PM