The Toddfather Part III (aka, the one that's not as good as the others) 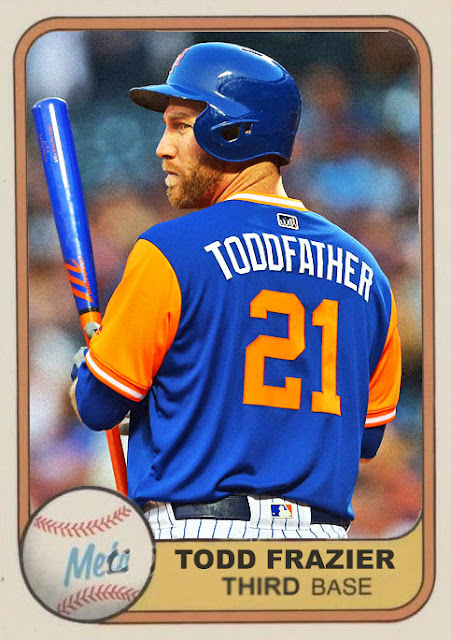 I wonder aloud what would have happened here if this Mets team had stayed healthy throughout the year, or if players who had been so strong in 2017 had stayed hot this year. If Cespedes, Bruce, Frazier and Lagares had all stayed healthy and consistent and given us a red-hot core of the lineup, or if we hadn't had Thor and Matz peek in and out of the rotation like usual.

And...maybe that would have been enough to stop the Braves. But even then, I'm not sure.

This Mets team, without David Wright (now indefinitely), or without Daniel Murphy, is scattered in terms of priority. This year it was simply young and old players fighting for a spotlight, taking turns, and just playing more of a selfish game rather than a unified one. If Cespedes were healthy, maybe it would have been different.

Look, the one silver lining of this team was Jacob deGrom. People everywhere are calling for a Cy Young for his dominant, strikeout-heavy season. I'd personally suggest really crunching his numbers with Max Scherzer's, as this is clearly another Felix vs. CC kind of 'should the guy with more wins get it, or should the guy on the shittier team who just dominated get it?' matchup. But regardless of whatever happens during awards week, Jacob deGrom was phenomenal this year, and had arguably his best season to date, even with his trademark long hair. I hope he keeps playing this well for the rest of his career.

I don't know where this leaves the 2019 Mets. If the team will heal in time to be an integral piece of the division. It's not clear. It could happen, but...that would mean the Mets would need to do a lot of work this offseason. Especially on safety nets, in case of more injuries, because they were not ready. Not even remotely.