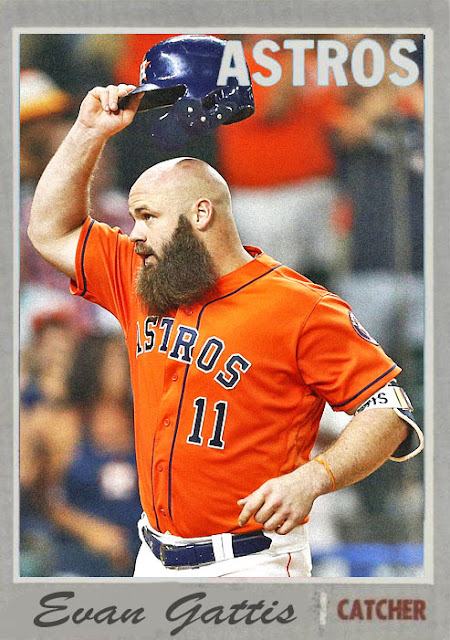 The Astros of this era are so fantastic, and so eclectic, that they even have room for simply just a big guy that just hits home runs. And they're still a good team.

The Astros managed to notch their playoff spot today, and confirm that they'll be squaring off against the Indians in a few weeks, which will definitely be an interesting matchup. Two former AL champions enter, only one exits. And the winner plays either the best team in baseball, or the Wild Card winner. Judging by how the Indians-Red Sox matchups have been going, and how their August went with Oakland, I think the Astros will be better off going up against someone like the Yankees.

It's slightly evident that the Astros may not be as wholly dominant as their 2017 team, even if they do have an insanely potent rotation. Their bullpen is spottier, their lineup is less consistent, the bench has a few more holes, and one of the marquee stars, Carlos Correa, is feeling back stiffness. This is also a team that's relying more on pitching, and less on big stars like Springer and Altuve, with more emphasis on Alex Bregman as the team batting leader. I'm not saying this shift in priority is bad, I'm just saying it's different, and it's the kind of tactic that may not get them as far.

Plus, to say the Astros and Indians are kind of evenly matched is pretty apt. Both have the same types of pitching staffs, both have similarly re-organized lineups, and both could be a threat to the Red Sox for the AL spot.

What will separate the Astros from anyone else is how hard they're willing to go, and how much they want to batter down on opponents going into the playoffs. Because if they want to win their second in a row, they need to build some major momentum now, because the A's currently have more. I do think they can do some serious damage this postseason, but they need to work towards it.

Coming Tomorrow- He's had a rocky season, but his team's about to clinch the NL West, so...there's that.
Posted by Jordan at 9:38 PM
Labels: Astros, Custom Cards, Evan Gattis