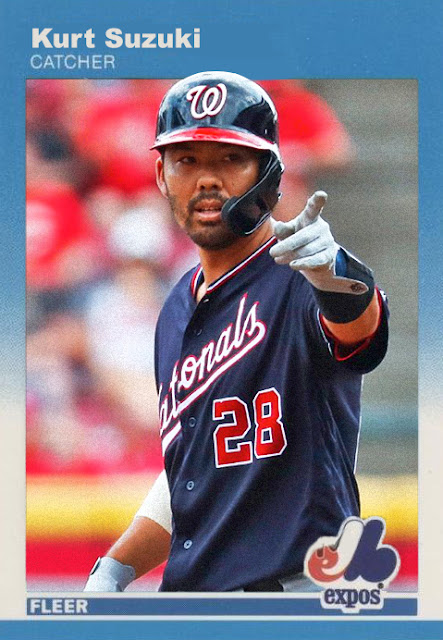 This is fantastic. I don't think I've enjoyed an NLCS more in years. This is genuinely some of the most fun times I've ever had following the Washington Nationals. Honestly, I just wanna thank the Phillies for letting the Nats take second for most of the year, and...

...okay, maybe not that far. I'm not pledging overall allegiance to these guys. I mean, let's be honest, they may end up squaring up against my Yankees next week. But...considering what the Nationals are doing to my sworn enemies the Cardinals, a team that's been so nasty this decade that I once rooted for the Red Sox over them in a World Series, I have to give them some respect.

I mean, thank god I already have respect for Howie Kendrick after his short time in Philadelphia, but I have even more now due to his fantastic stuff during this playoff stretch, including going 3-for-4 last night with 3 RBIs. Unlike last game, you did get a lot more of the usual suspects helping out, like Zim, Rendon, Soto and Robles. But...the game couldn't have been won without Stephen Strasburg, giving another unbelievable, with 12 strikeouts in 7 innings. Yes, he gave up more hits than his two teammates, but...he still put on a performance to remember.

Tonight, with Dakota Hudson on the mound for St. Louis, the Nationals are going with Patrick Corbin, who's been shaky in previous postseason appearances. This is a game that could be an elimination game for the Cardinals...and even if it's only Game 4, I'd be very okay with this being the end of it.

And also tonight, we get Gerrit Cole vs. Luis Severino in the Bronx. I'm guessing a lot of people will be struck out.
Posted by Jordan at 7:49 AM