Championship Series Update: I Like the Sound of This Edition 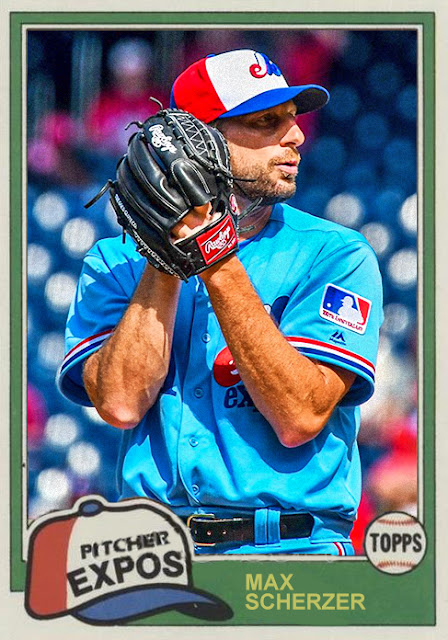 I had to make this one, because I kind of love that I can make current Expos customs with accurate uniforms. Hell, if the Nats do well enough in the postseason, maybe this can get some people to consider bringing the Expos back!

Anyway, yesterday was a day of pitching battles. Scherzer v. Wainwright was the first one, and while both performances were steady, it was Scherzer's that won out because...well, he's Max Scherzer. I mean, come on. You try going against that kind of power. Scherzer, as well as the bullpen, allowed only one run from the Cardinals (thanks Doo), while Daniel Hudson got the save after returning from paternity leave. It was also a nice day for Adam Eaton, Matt Adams and Michael Taylor, who shined in some moments of hitting and RBIs. I sincerely hope the Nats keep this up as they head back to Washington. 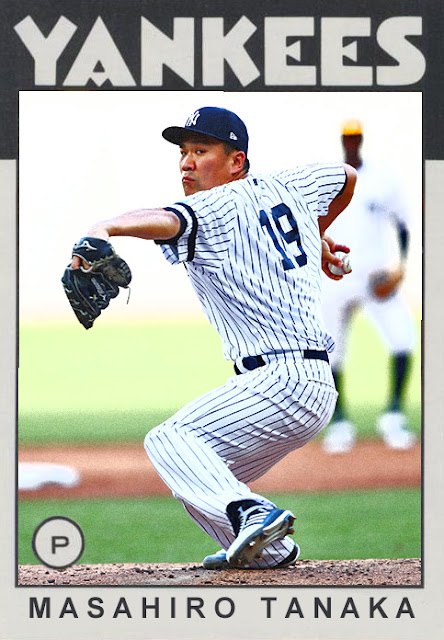 This one was also a pitching battle, and while you'd think Greinke-Tanaka would be a lot more lopsided...you have to remember how impressive of a postseason pitcher Masahiro Tanaka is. He set some sort of record about allowing 2 or less runs in each of his first 7 postseason starts, which is pretty damn insane, and should shut up some of the Tanaka haters, because even in the Bronx there are some.

Tanaka kept stymying the Astros, which is impressive enough, but GLEYBER TORRES may have had the flashier night, taking 5 RBIs, which was 71% of the Yankees' offensive output last night, which means everything other than solo homers from Gio Urshela and Giancarlo Stanton was thanks to him. Which is pretty awesome for a second-year player.

Tonight is Verlander vs. Paxton. Another tricky one, but...you never know.
Posted by Jordan at 10:36 AM