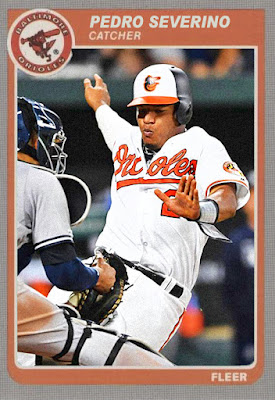 Well, at least the Orioles were a little better than they were in 2018. Of course, they still wound up in last in the AL East, and are still progressing their slow rebuild. They've already gotten rid of Dylan Bundy and Jonathan Villar, and are looking to bank on another youth movement that hasn't entirely showed up yet.

This year they at least had a steady presence at catcher, with Pedro Severino coming over to start for the first time since the 2016 playoffs. Severino's 44 RBIs and .249 average look great when compared to the rest of the roster.
Why Him in 2019?: Represents Baltimore's move away from homegrown catching talent after Matt Wieters and Caleb Joseph
2020 Prediction: Will eventually lose time to Chance Sisco. Eventually. 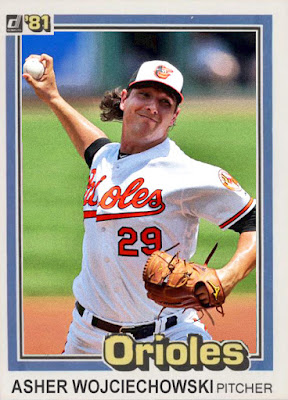 Apart from Dylan Bundy, John Means and Andrew Cashner, the rest of the Baltimore rotation wasn't especially noteworthy, but Asher Wojciechowski came in late and started 16 strong games, finishing with a 4.92 ERA and 80 strikeouts, which is progressive in Baltimore.
Why Him in 2019?: One of the few Orioles rotation auditioners who didn't leave in shame.
2020 Prediction: A modest improvement, but might have to relieve some games late. 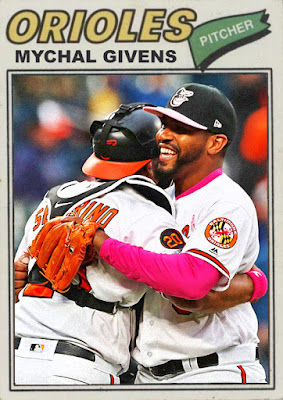 And in the absence of Zach Britton, Mychal Givens was again in charge of closing games. Givens finished the season with 11 saves and 8 blown saves, as well as a 4.57 ERA. And yet this guy was still hounded by trade rumors all throughout the year. With those numbers, I'm still curious as to why.
Why Him in 2019?: Still the Orioles' best option in the ninth
2020 Prediction: More than 11 saves, but not all of them will be for Baltimore.

Coming Tomorrow- A better team. Well...it's the Padres, so a SLIGHTLY better team. Naw, they're a lot better, and they definitely will be a lot better in 2020.
Posted by Jordan at 7:21 PM
Labels: Asher Wojciechowski, Custom Cards, Mychal Givens, Orioles, Pedro Severino