There is hope for Cleveland yet 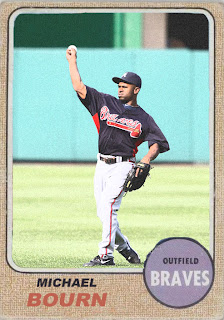 You have to hand it to those Indians. They've come in the clutch, and stolen a handful of really nice players this offseason. Nick Swisher, Trevor Bauer and Drew Stubbs were the memorable ones to date, and I really don't think Dice-K counts as memorable.

Of course, now they've finally got an awesome signing on their hands, and I mean a truly awesome one. Michael Bourn was one of the top 5 free agents at the beginning of the offseason. Why it took so long to claim him I've yet to determine. But still, the Indians landed Bourn, and to that I owe them a hunk of respect.

First of all, the Indians have always been my 3rd or 4th favorite team. One of my best friends is a big Indians fan, and he's hung in there through the last 5 years of mediocrity. Hell, I was in the room with him when he found out Cliff Lee was traded to my Phillies. And now, I think he's finally got a team he can be proud of.

The outfield's gonna be great. Bourn and Swisher, obviously. Sizemore when he's healthy, and Stubbs when he's not. That's a very solid outfield right there, one the Indians should be proud of. If they work hard this year they could very well clinch a playoff spot. That would mean overpowering the Tigers and White Sox, the former is incredibly strong, and the latter was incredibly strong.

But the Michael Bourn signing puts an idea into the minds of Cleveland Indians fans: 2013 doesn't look too bleak. It could indeed happen.